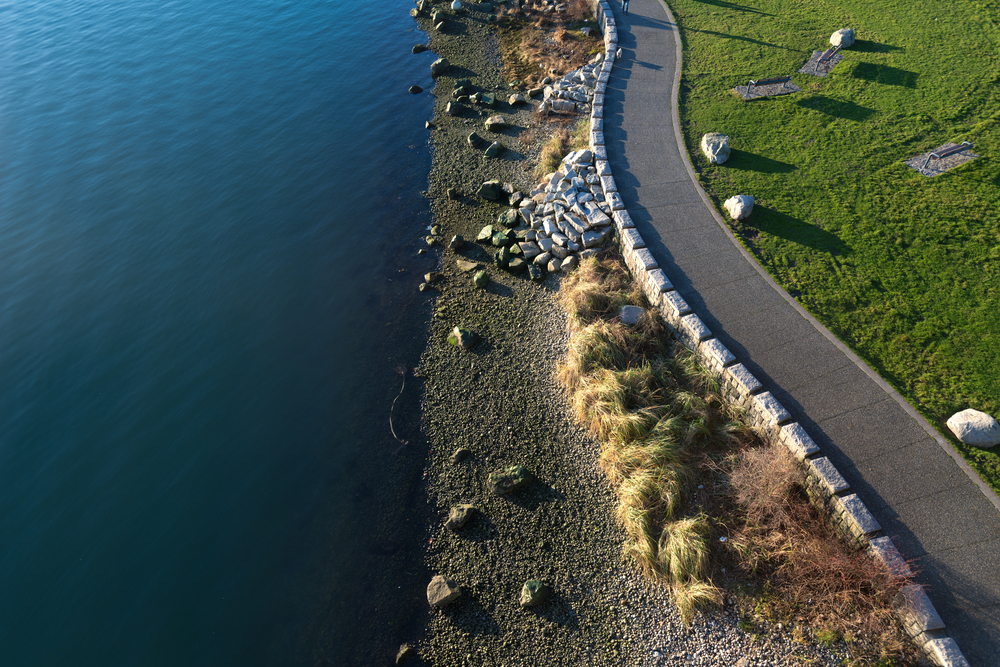 China’s wealthy continue to move their assets—and families—overseas, despite the government’s efforts to stymy the practice among cadres, so-called “naked officials.” Although the Canadian government ended its investor visa program in 2014, Vancouver is still a favorite destination. A November 2015 study found that about 70% of detached homes in the city’s west side were purchased by mainland Chinese buyers, about 36% of which were being occupied by self-described students and housewives. The web series “Ultra Rich Asian Girls of Vancouver,” a reality show about the shopping sprees and champagne parties of the “rich second generation,” is in its third season.

Many of these migrants are motivated to move their wealth and progeny overseas by a sense of insecurity at home. As Beijing-based columnist Xu Zhiyuan writes at the blog WeThinker, many of the success stories of reform-and-opening are seeking greater financial stability and a better quality of life abroad. Xu tells the story of one man who lost part of himself in his post-1989 adulthood, then found it on the other side of the Pacific.

With its silk screens, octagonal hanging lanterns, and traditional paintings of ladies on the plain white walls, not to mention the piping hot bowls of zhajiangmian–noodles topped with ground pork and fermented bean paste–it was obvious that this restaurant was doing its best to conjure up that old-timey Beijing feeling. Over the past ten years in the capital city, it’s an ambiance that gets a little harder to find every day, replaced by broad avenues, glass towers, and the flashing lights of billboards and neon signs. As eons of history seem to disappear completely, the city is made anew.

We’re sitting at a table, chatting. He’s the owner, already 40 this year, a graduate of the renowned Tsinghua University. Like much of his generation, the Tiananmen incident was a defining life experience. Protests, crowds, tanks, and blood all left his heart racing and his hopes for the future shattered.

When Deng Xiaoping restarted his economic reforms in 1992, this young man found a new outlet for his creativity and energy as a businessman. Import-export, a TV shopping program, and then, finally, the chain of teahouses and restaurants that made him rich. He’s got more than a dozen just like this one all around town.

He’s not a famous entrepreneur by any means, but he’s made enough money for his family to live comfortably, while his free time is devoted to seeking spiritual and intellectual fulfillment in the pages of the Book of Changes and the writings of Zhuangzi. For the last few years he’s been satisfied with his current level of success–rich in material wealth, his mastery of the ancient wisdom of the East has likewise gained him the admiration of his peers. In a certain respect, he’s the embodiment of the 20th century contract between the Party and the people: ample freedom to earn and spend money in exchange for not challenging the absolute authority of the government.

But he isn’t interested in talking about all that today. Instead, he’s talking about the start of his new life. He’s just gotten back from Vancouver. He’s clearly lost weight, and he’s got a tan, too. There’s nothing to keep him busy over there, and so he whiles away the hours in the sun, leaving him with a healthy glow. He just bought a condo downtown, and he’s looking into middle schools with an eye to bringing his daughter over the year after next. Two years ago, he applied for an investor visa and now travels often between Beijing and Vancouver.

“It’s like buying insurance. It gives a guarantee of safety and freedom,” is how he describes his decision. Over the past four or five years, he’s felt increasingly insecure. His occupation is to blame. While his business has been growing, his encounters with officials have, too. Business regulators, health inspectors, fire marshals, even the office of public works all have the right to interfere.  All that vitality that was set loose by the market reforms is being devoured by officials all over again. The more money he makes, the more worried he gets that someone is going to want to take a cut. For all their money, Chinese businessmen have proven to be exceptionally frail in the face of bureaucrats. The past 60 years are chock full of examples of the government plundering private property.

In the midst of this insecurity, his daughter adds a new element of worry. Behind the rosy numbers of China’s rapid economic growth are crises of the environment, education, food safety, and morality. He’s afraid that his daughter won’t have a healthy environment to grow up in, that she’ll soak up the immoral, polluted air, without safe milk to drink, being taught all too early to lie and put on airs…

“I’m emigrating first and foremost for my daughter,” he says.

That may be, but he’s also discovered that the first person to benefit from his decision was himself. Living in Vancouver, he found his long-dormant spirit of individualism reawakened. After so many years of sparing nothing to cope with the overly complex social networks of contemporary Chinese society, he found a modicum of comfort in his narrow definition of success. But once he arrived in this strange land, he was able to reclaim his long lost individual freedom. He wanted to travel the world, learn to scuba dive, and maybe someday become fluent enough in English to chat and read. He was an all-new self. It’s an interesting paradox: on the one hand, he wants to break away from the uncertainty of China–its politics and society. At the same time, he’s breaking away from a firmly established certainty–China’s values and mental conditioning.

What could he do in Vancouver? Open another Beijing noodle shack? He isn’t sure, but feels more confident than he has in years.

He is a member of the new wave of Chinese emigration. Since the beginning of the 19th century, war, revolution, famine, and the quest for wealth have drawn Chinese overseas. But unlike the previous emigrants, this time they aren’t villagers from Guangdong or Fujian, and they aren’t exchange students, either. They’re the intellectual elite and nouveau riche, the upper middle class of Beijing, Shanghai, Guangzhou, and other major cities. And the China they leave behind is no longer weak or humiliated, but wealthy and influential, the assumed future leader of the world. More than just founders of this new China, they are also its beneficiaries.

Their departure expresses another side to China’s sudden rise. As China becomes increasingly powerful, individuals find themselves weaker than ever before. China can shoot a rocket into space and create an economic miracle, but it can’t pledge to uphold even the most basic safeguards for individuals. And so these emigrants are casting votes of no confidence with their feet, because for all their success, they are have been unable to change the government or the social system. Escape is their last resort to preserve their personal safety and individual freedom.

But could it be that this is simply the final step in the self-renewal of this ancient nation? If even a few of these emigrants are able to rediscover the world and themselves like my friend, it’s possible that they will be able to introduce new ways of thinking, bringing a new vitality to the Chinese nation. [Chinese]