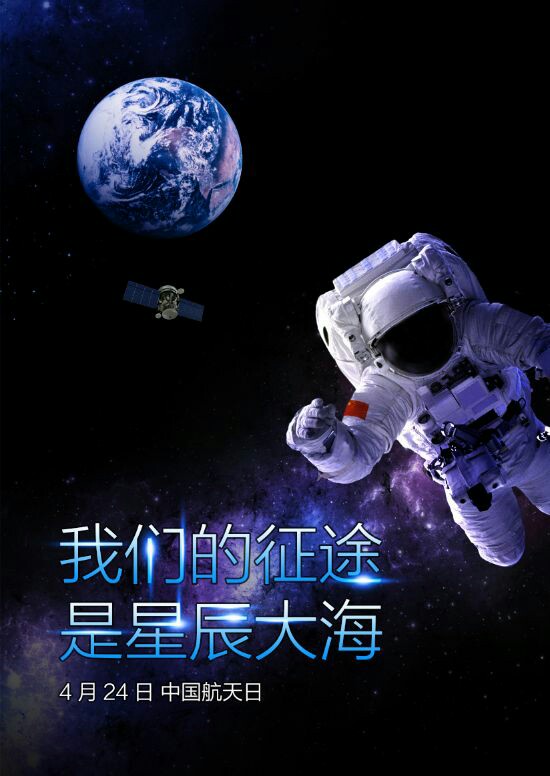 Since 2011, the U.S. Congress has barred any cooperation with China in space, forcing the country to strike out on its own. Rather than joining the International Space Station, for example, it is working towards building its own, scheduled for completion by 2022. A Mars probe is due by 2020. Chinese officials have both expressed their own appetite for collaboration and highlighted signs that it is reciprocated in the U.S., citing Matt Damon movie “The Martian” as evidence. Indeed, the ban has American opponents including astronomers, astronauts, and NASA’s Administrator.

The Communist Youth League, meanwhile, recruited a thinly disguised U.S. astronaut to mark China’s Space Day on April 24th. Michael Gernhardt flew on four Shuttle missions between 1995 and 2001. As CDT’s Sandra Fu demonstrates, a public domain NASA image of Gernhardt was flipped, rotated, recolored, and Photoshopped onto a new background with his NASA insignia obscured and an American flag patch replaced with China’s. He floats next to the slogan: “Our Journey Is Through The Sea of Stars.” The Youth League’s official Sina Weibo account posted this to the state-owned China Aerospace Science & Industry Corporation with the encouragement, “you take care of getting into space, leave the rest to us!” China performed its own first space walk in 2008. The image’s appearance follows the Youth League’s adoption of heavily TED-influenced talks on subjects including “How to Resist Western Cultural Colonization.”