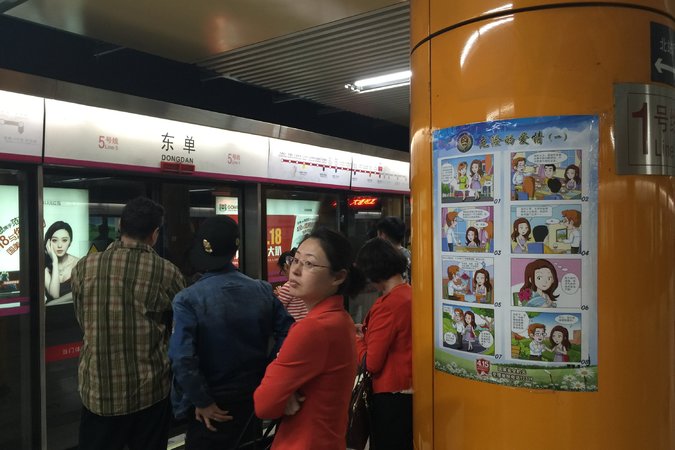 Te-Ping Chen at The Wall Street Journal reports that Chinese state broadcaster CCTV has publicized the case of a foreign-educated Chinese man sentenced to seven years in prison after he was caught spying for a foreign government. The report is part of a broader campaign to raise awareness of the potential foreign intelligence threat posed by “sea turtles” or Chinese nationals who have returned after studying overseas.

Chinese state media sent a clear warning message this week: as the number of young people studying abroad rises, so, too, do risks to the country’s national security.

On Wednesday night, state broadcaster CCTV reported that a young man who had studied abroad in an unnamed country had been caught in 2013 taking photos of a military complex in the eastern Chinese city of Ningbo. Chinese students who have returned from studying abroad are typically called haigui, or “sea turtles,” in Mandarin.

The broadcaster said the man, named Chen Wei, had assisted a foreign contact in helping track the movement of Chinese coast guard boats and other vessels patrolling a disputed island chain in the East China Sea.

[…] “Right now, the number of people studying and working abroad is rising. When people leave their homes, they pay a lot of attention to their personal and property security. Actually, people should be even more mindful of another kind of security: national security,” CCTV said. [Source]

According to Chen, more than 300,000 Chinese students studied in the US in 2015, more than triple the number from 2008. The Chinese government’s effort to inform the public about incidences of haigui caught in espionage activities comes amid an ongoing campaign against Western values, which included warnings by education minister Yuan Guiren about the potential dangers posed by the country’s growing number of foreign-educated students.

At the same time, Chinese authorities have also begun to educate young women about the potential dangers of dating foreigners, who may be spies with hidden goals of gaining access to classified Chinese government information. The New York Times’ Didi Kirsten Tatlow reports that posters warning of “dangerous love” have been placed in various public places throughout Beijing following the introduction of the country’s first National Security Education Day.

Clutching a bouquet of red roses from the auburn-haired foreigner who has also showered her with wine and compliments, Ms. Li thinks to herself, “Having a handsome, romantic, talented foreign boyfriend is pretty nice!”

What Ms. Li, a state employee, does not know is that her foreign Romeo has an ulterior motive: espionage. But the devastating truth is revealed toward the end of a 16-panel cartoon that the Beijing authorities posted in subway stations, streets and residential compounds for China’s first National Security Education Day last Friday. Caught by security officers after handing her boyfriend a disc of work secrets at his request, Ms. Li sits before two stern officers, handcuffed and sobbing: “I didn’t know he was a spy. I was used by him!”

Despite the emphatic warnings of the tale, titled “Dangerous Love,” a morning on the streets of Beijing suggests it may not be having quite the impact the government hopes.

“How could ordinary people know anything about state secrets?” asked Mr. Liu, a resident of Wudaoying Lane in central Beijing, where one of the posters hangs on the wall of a construction site.

[…] In the Dongdan subway station, the poster adorns two orange pillars on the busy platform for the No. 5 line. Over 15 minutes, none of the people rushing by or waiting for a train read the sign, except for a woman who identified herself as Ms. Chen. She said she had stopped in front of one because reporters were photographing it. [Source]

China Law Translate has a full translation of the poster.