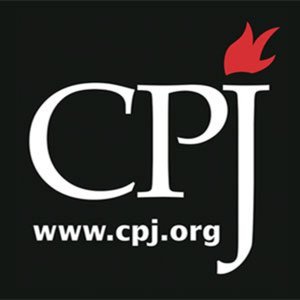 While tightening controls over foreign NGOs (INGOs) at home with a new management law which has alarmed many in the sector, China has also been seeking to counter such groups abroad, including at the United Nations. Last year, it failed in an attempt to enable countries to criticize NGOs anonymously during the U.N. accreditation process, and has repeatedly been accused of attempting to intimidate activists at sessions, among other efforts to suppress civil society participation.

On Thursday, China helped block an application for U.N. consultative status by the Committee to Protect Journalists after four years and repeated delays. The group was supported by Greece, Guinea, Israel, Mauritania, the U.S., and Uruguay, but opposed by China and Azerbaijan, Burundi, Cuba, Nicaragua, Pakistan, Russia, South Africa, Sudan, and Venezuela. India, Iran, and Turkey abstained. From the CPJ’s statement:

The NGO Committee of the United Nations voted today to deny the Committee to Protect Journalists consultative status with the Economic Social Council (ECOSOC). Without such status, CPJ is unable to access U.N. bodies and processes, notably the Human Rights Council in Geneva, where accredited NGOs can deliver a counter-narrative to states. […]

“It is sad that the U.N., which has taken up the issue of press freedom through Security Council and General Assembly resolutions and through the adoption of the U.N. Action Plan, has denied accreditation to CPJ, which has deep and useful knowledge that could inform decision making,” said CPJ Executive Director Joel Simon, who answered the committee’s questions on Tuesday. “A small group of countries with poor press freedom records are using bureaucratic delaying tactics to sabotage and undermine any efforts that call their own abusive policies into high relief.”

CPJ’s ECOSOC accreditation process has been one of Kafka-esqe bureaucratic limbo–an experience shared by other groups. For years, CPJ’s application has been deferred by persistent, lengthy, and repetitive questioning.

During the session, the NGO Committee hid behind the pretense of rules and procedures. For example, there were long and sometimes heated debates as to whether civil society representatives should be allowed to speak at designated points throughout the process. […] [Source]

Reuters’ Louis Charbonneau reports on the U.S. reaction, including its hope that the decision will be overturned:

Normally the committee decides by consensus. But a senior U.S. diplomat requested a vote after South Africa and other committee members kept posing questions that the United States and others denounced as a delaying tactic.

U.S. Ambassador to the United Nations Samantha Power said Washington would seek to overturn the NGO committee’s “outrageous” decision by calling for a vote in the 54-nation U.N. Economic and Social Council.

“We are extremely disappointed by today’s vote,” she told reporters. “It is increasingly extremely clear that the NGO committee acts more and more like an anti-NGO committee.”

At the Torino World Affairs Institute, the Australian National University’s Flora Sapio writes that the deepest significance of the new INGO law may lie in paving the way for greater Chinese influence globally:

The enactment of the Foreign NGO Law signals how China may be getting closer to playing a more relevant role in the shaping of global norms on civil society. The element that in a not so distant future may allow China to play such a role is not determined by the limitations introduced by the Foreign NGO Law, but by mechanisms of an entirely different order.

[…] Until a very recent past, non-governmental, no-profit organizations established by foreigners inside or outside of China enjoyed no legal personality. In a sense, they existed and operated outside of the law. The choice to relegate all those organizations to a legal limbo, where they could be suppressed at will, testified to a reluctance to engage foreign partners on an equal footing. The decision to bestow legal personality on Foreign NGOs, despite the limitations that have been set on their work, testifies to the will to broaden and deepen the engagement of foreign NGOs.

Engagement, whether it be engagement of foreign companies in the late 1970s or of foreign NGOs in 2016, is a double-edged sword, which poses unpredictible challenges, as well as offers novel opportunities. Thus far, despite the international criticism it has attracted, the drafters of the Foreign NGO Law have identified those opportunities which may allow China not just to play a generically more significant role in global affairs, but also to shape emerging global norms on civil society. [Source]

Like China Labour Bulletin’s Shawn Shieh, who has suggested that there is still room for INGOs to shape implementation for the better, Sapio is more optimistic about the new law than many. She argues, for example, that “NGOs benefit from a substantial autonomy in the values they embody and promote through their programs. These values need not be the same as those promoted by the state. As long as it is not seen to pose a political or security threat to the prevailing value system, a certain pluralism in values is becoming a reality.” Writing at China Real Time on the law’s implications for legal work and judicial reform, though, UC Berkeley’s Stanley Lubman offers a bleaker view:

The thrust of the new law is very clear: It is consistent with a vigorous neo-Maoist campaign launched by President Xi Jinping against foreign ideologies and other influences on Chinese social and political development, and is intended to strengthen control by the Chinese Communist Party over Chinese society.

How much more difficult will operation of INGOs be under the new law? Mark Sidel, a professor of law at the University of Wisconsin, writes that the new law signals “a closing to the world.”

[…] Judicial reform is a special and limited sphere, but as long as neo-Maoist authoritarianism inhibits reflection and discussion on China’s governance, especially when Western ideas and institutions are positively mentioned, other law-related reforms may be slowed. The major obstacle is that Mao’s legacy and the party’s role in Chinese history cannot be objectively reexamined under the present rule of Xi Jinping. China’s leader today continues to reinforce Mao’s basic distinction between friends and enemies, with no one in between. [Source]