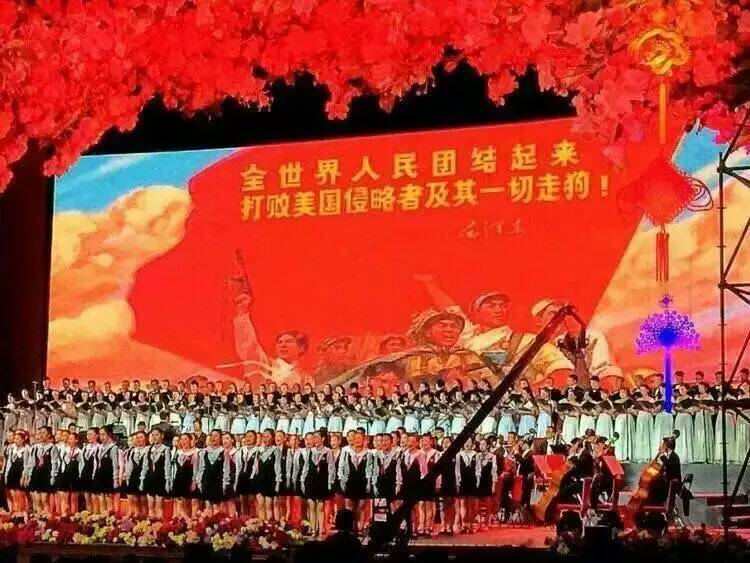 #Ban All media are to promptly find and delete content related to the “Communist Party Central Committee Propaganda Department Office of Socialist Core Value Propaganda and Education.” (May 6, 2016) [Chinese]

The patriotic girl group 56 Flowers arrived on the scene last summer, aspiring to be a less cute version of the Japanese group AKB48. They have succeeded in shedding all cuteness after their performance in the Great Hall of the People on Monday night, co-hosted by an imaginary government office. The China National Opera and Dance Drama Theater issued a statement today, currently posted prominently on their website homepage:

In preparation for the large-scale symphonic and choral concert “On the Field of Hope,” our partner fabricated the “Communist Party Central Committee Propaganda Department Office of Socialist Core Value Propaganda and Education” and supplied fake materials, betraying our trust. Our partner joint acted with us as the sponsoring work unit of the concert, held on May 2 in the Great Hall of the People. We will pursue the responsible persons in accordance with the law. 56 Flowers director Chen Guangze stated that he just learned about the fake office and is not prepared to speak on the issue.

Fakery aside, the program’s overt references to the early days of the People’s Republic seem all too sincere. Wearing the red scarves of Young Pioneers, 56 Flowers sang 30 “red songs,” including a Cultural Revolution favorite, “Sailing the Seas Depends on the Helmsman.” Vintage images from the 1950s and 1960s shone on the display behind them, including a painting of revolutionaries beneath a red flag emblazoned with a quote from Mao Zedong: “People of the world, unite to defeat the American invaders and their running dogs!” In a Global Times op-ed, Shan Renping (a pen name of editor Hu Xijin) doubts that the concert had any “official backdrop.” He welcomes the controversy it has stirred up, acknowledging that “right now there are relatively more online posts remembering the Cultural Revolution. This is to be expected. After all, this year is its 50th anniversary.” He then reminds readers that the central government “thoroughly disavowed the Cultural Revolution” in its 1981 “Resolution on Party Historical Issues After the Founding of the Country.”

hydrofrac: Red songs are out? Is Ma Bufang in? The chaotic thinking has begun.