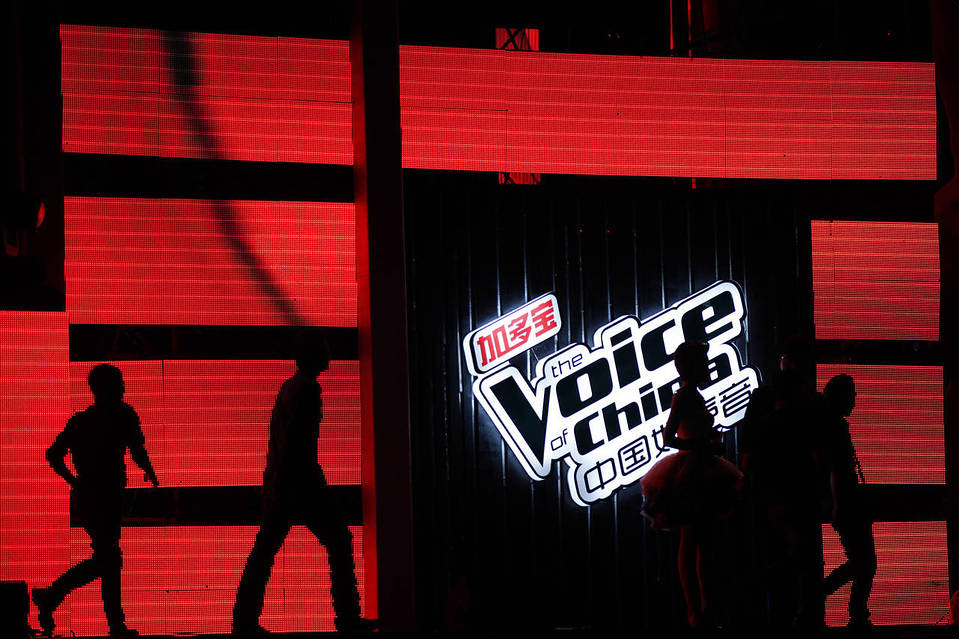 This year has seen a series of efforts by the Xi Jinping administration to strengthen the voice of the Communist Party through the media and other channels. Recently, ideological watchdogs at the Central Commission for Discipline Inspection berated the State Administration of Press, Publication, Radio, Film and Television, China’s top media regulator, and the Party’s Central Propaganda Department for failing to rise to this task with sufficient vigor. On Sunday, People’s Daily published an article by SAPPRFT’s deputy head Tian Jin, subsequently analyzed by David Bandurski at China Media Project, which seems to signal determination to do better. From Bandurski:

[The article] is remarkable for the harder edge it gives to Xi’s already hard language on the media — and it is a very concerning indication of the depth of official resolve in tightening, expanding and re-envisioning information controls.

[…] In CCP jargon, [Tian’s description of Xi’s instructions on media policy] is more or less secret code for: Unless we get a handle on the mobile-based internet and any other disruptive information technologies that might be coming down the pipeline, the Party will lose its grip on political power. And President Xi has handed us the general blueprint for total information dominance.

[…] All of this is blandly familiar. But what really makes Tian Jin’s piece special is the way he remorselessly employs retrograde language to explain the Party’s priorities and their historical context:

News and public opinion work is an important task for the Party. Comrade Mao Zedong said that revolution relies on the barrel of the gun and the shaft of the pen, and that the Chinese Communist Party must hold pamphlets in its left hand and bullets in its right before it can defeat the enemy. Prioritising news and public opinion work is a fine tradition of our Party, and an important magic weapon that has brought constant victories in revolution, [national] construction and reform. Under the conditions of a new era, the cause of the Party faces an even more arduous and onerous task. [Source]

Several news reports have focused on new regulations of China’s television and video content industry announced in and after the article. These are just the latest of many: in March, regulators introduced new rules to ban television dramas that depict homosexuality and other “abnormal sexual behavior.” Most recently, Chinese authorities announced plans to allow state-owned enterprises to take “special” stakes in video streaming websites that would enable them to oversee content production.

Programs that hype hot social topics or scoff at national policies should be dealt with seriously, the deputy head of China’s media watchdog said Sunday.

Tian Jin, deputy head of the State Administration of Press, Publication, Radio, Film and Television stressed that programs spreading wrong or extreme opinions and deliberately sharpening conflicts will be halted and will receive serious punishment, according to a commentary he authored that was published in the People’s Daily on Sunday.

Media should observe Party and publicity discipline and check the inclination to not follow regulations or the requirements of authorities, said Tian, adding that, “Diverse wrongful thoughts and malevolent voices should by no means be provided with channels for dissemination.” [Source]

The directive said some TV channels were “too dependent on broadcasting foreign-inspired programmes” and did not have original ideas.

Only original TV programmes with Chinese cultural inheritance “can better carry the ‘Chinese Dream’ themes, the socialist core values, as well as patriotism and Chinese fine traditions”, the article said.

New rules stipulate that all satellite TV channels will be allowed to broadcast only two programmes with imported copyrights during prime time from 7.30pm to 10.30pm every year.

Such programmes need to have the approval of local regulators in order to be broadcast on satellite channels. [Source]

The Wall Street Journal’s Lilian Lin had more on these new rules and what they will mean for local producers:

Under the new rules, those shows co-developed by foreign and local producers will face the same limits as those other shows based on foreign formats, unless the local broadcaster or production house owns the intellectual property rights to both the Chinese version and the original format, according to the government’s Xinhua News Agency.

[…] Some in the Industry expect the new rules to trigger another wave of copycats programming.  “Now some producers can plagiarize openly, because they would say they have no alternative but to copy as they are not allowed to buy” rights, said Peng Kan, consulting director of Legend Media, a Beijing-based media company. “So I wonder if this new rule is to encourage originality or copycats.”

The new rules are, however, consistent with the ever tightening controls regulators have over foreign content. “The regulators simply don’t accept foreigners taking charge in one way or another,” said Legend Media’s Mr. Peng.

Regulators have previously required local broadcasters to register both original shows and foreign adaptations with authorities, though without a deadline. The new rules specify that new shows based on foreign formats must register with both provincial and national regulators two months before airing. Starting in July, failure to do so will result in those shows being pulled from airwaves and in those broadcasters being prohibited from importing foreign formats for the next year, according to the Xinhua report on the regulations. [Source]

The new rules can be seen as an extension of pressure on foreign media firms to regulate their content distribution within China. Previously, SAPPRFT released guidelines that made it more difficult for foreign media companies to publish online content in China without government approval.