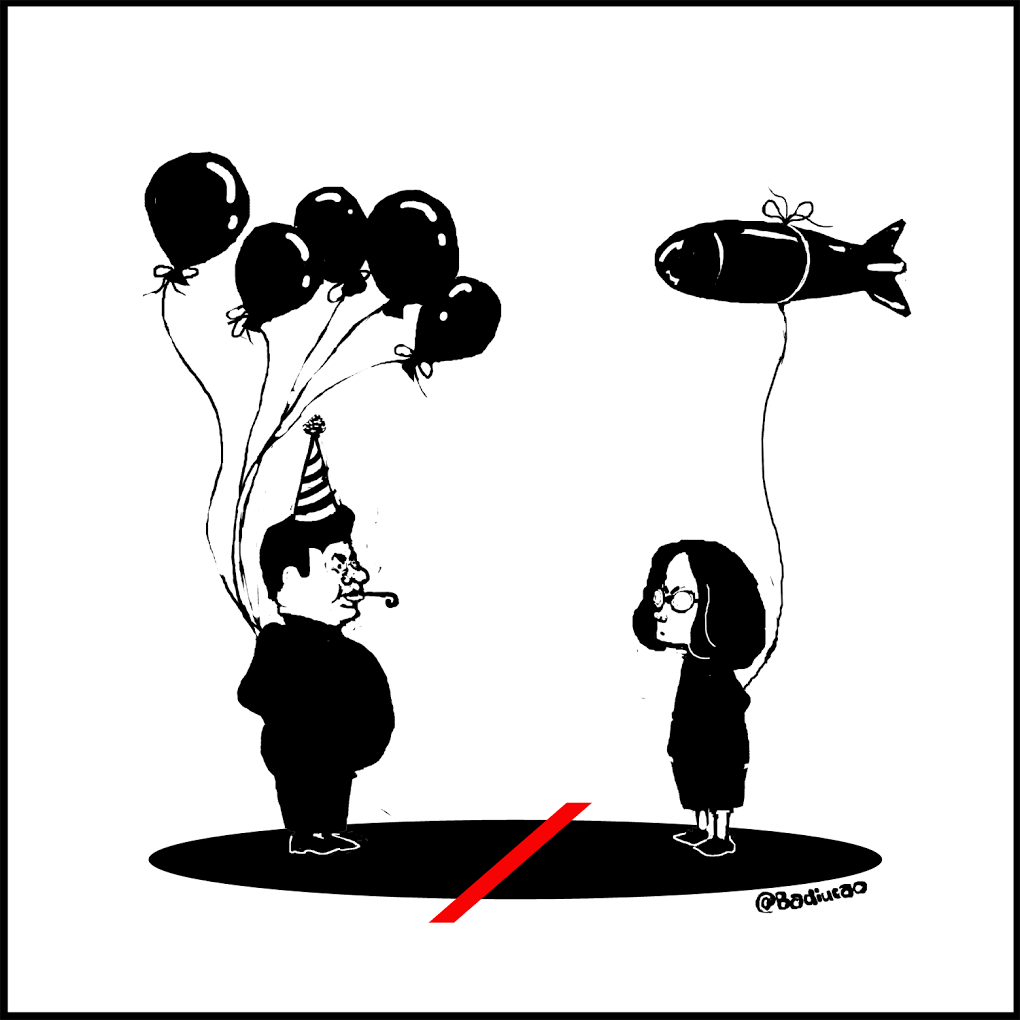 President Xi Jinping rang in the 95th birthday of the Chinese Communist Party on July 1 with a wide-ranging speech in which he railed against corruption, challenges to China’s sovereignty, and “splittist forces” in Taiwan. The Chin Chiang, a 201-foot patrol ship, fired the Hsiung Feng III missile, which is designed to destroy ships and has a range of about 185 miles, while undergoing an inspection during the exercise at its base in Kaohsiung in southern Taiwan, a Taiwan Navy official said.

The supersonic missile flew for about two minutes toward the Penghu Islands, in the direction of China, but did not cross the midway line in the Taiwan Strait between Taiwan and China, said the official, Vice Adm. Mei Chia-shu.

The missile hit a Kaohsiung-registered fishing boat, killing the captain, said Chen Chung-chi, a spokesman for Taiwan’s Ministry of National Defense. The captain was from Taiwan, and the three injured crew members were from Taiwan, Vietnam and the Philippines, Chen Chu, the mayor of Kaohsiung, wrote on Facebook.

The missile’s targeting system tracked the fishing boat, which happened to be in its path, causing a direct hit, Admiral Mei said. But the missile, which has a delayed fuse to increase damage to large vessels like aircraft carriers, ripped through the small boat without exploding, he said. [Source]

Chinese officials were quick to condemn the missile misfire, as Taiwanese officials announced that they would launch an investigation. From Lawrence Chung at the South China Morning Post:

Zhang Zhijun, director of the mainland State Council’s Taiwan Affairs Office, demanded a “responsible” explanation from Taipei, saying the incident was “very serious”. Some military experts also questioned how the misfire could have happened – a missile must clear at least three procedures before it can be fired.

[…] “While we have repeatedly stressed that the two sides must maintain peaceful development of relations under the political basis of the 1992 consensus, I think an incident like this is very serious,” Zhang said in Beijing. “The Taiwanese side must explain to us what was going on in a responsible manner.” [Source]

Since Tsai—whose Democratic Progressive Party favors independence from China—was elected, Beijing has been increasing pressure on her and her administration to recognize the “1992 Consensus” and its “one China” principle, even suspending all diplomatic contact with Taiwan earlier this week. In his speech Friday, Xi didn’t explicitly mention Tsai but said, “We will resolutely oppose Taiwan independence splitist forces.”

Xi’s speech also focused on threats to Chinese sovereignty in the South China Sea, ahead of a July 12 announcement by a Hague tribunal ruling on China’s claims in a case brought by the Philippines. The Chinese government has already said it will not accept the tribunal’s decision, which is not expected to rule in favor of China.

“China does not covet any interests of other nations, but we’ll never waive our legitimate rights,” he said. “Other nations should not expect us to haggle about our core interests or take the consequences of undermining our interests concerning sovereignty, security and development.”

[…] In a veiled message apparently targeting the United States, Xi lambasted Washington for flexing its military muscle near the disputed waters amid heightened tensions in the region.

“China will continue the military approach of active national defence. We will not seek frequent threats of using military force or show off military strength at other’s doorsteps,” he said. [Source]

Turning to issues closer to home, Xi also used the occasion to reinforce his commitment to fighting corruption in the Party. From Ben Blanchard at Reuters:

In a wide-ranging speech in Beijing’s Great Hall of the People, Xi said that history had chosen the Communist Party to lead China, but that if they did not manage the party properly and listen to the people, then history would discard them.

[…] “As the ruling party, the biggest danger we face is corruption,” Xi told party members, in comments carried live on state television.

“We must have a staunch will, not let up on our zero tolerance attitude, investigate all cases and punish those who are corrupt, to give corrupt elements no place to hide in the party,” he added. [Source]

On Medium, China Media Project’s David Bandurski provides a preliminary analysis (and partial translation) of Xi’s speech, noting that Xi’s current standing in the Party is still not clear. Bandurski also points out that the speech did little to indicate the focus or substance of the 19th Party Congress, which will be held in 2017 and is expected to determine a new generation of leaders for the Politburo and Politburo Standing Committee:

To recap my key takeaway here, I would say that the failure of this speech to commit to an identifying discourse or program suggests some uncertainty at this point over the direction of the 19th Party Congress.

What does that tell us about Xi Jinping’s standing? Not a great deal, actually. But within the toned-down language of this speech, there are still hints of the aspiring chief-of-everything.

Remember the language of “Xi as the core” that emerged earlier this year? In the past few months, we haven’t seen such language used with the same confidence. But in today’s speech we have this passage:

“Consciousness of the core” can refer to only one person. You get seven guesses — and the first six don’t count. [Source]

Support Badiucao by buying “Watching Big Brother: Political Cartoons by Badiucao,” available in EPUB and PDF formats. The book covers the early years of Xi’s presidency, from December 2013 to January 2016. No contribution is required, but all donations will go to Badiucao to support his artwork. CDT is also selling merchandise featuring Badiucao’s work in our Zazzle store. See also a Q&A with Badiucao in which he discusses his artistic and personal influences, and his earlier cartoons for CDT.