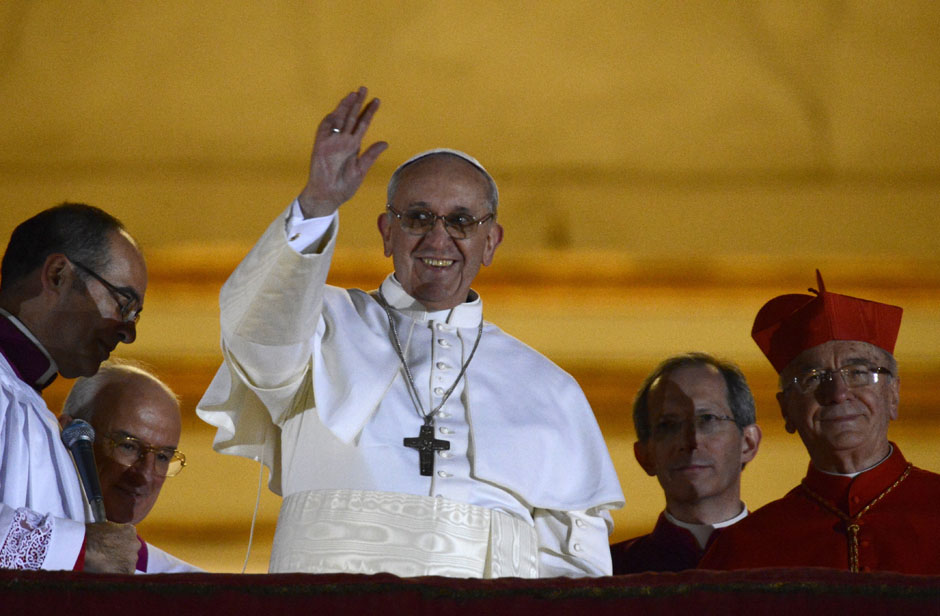 Speaking in the northern Italian city of Pordenone this Saturday, Pope Francis declared his high hopes for warming relations with Beijing. China cut off formal relations with the Vatican in 1951, and Pope Francis has been continually signaling a desire to repair the long-fraught relationship in recent years as Beijing has been cracking down on the rapid growth of Christianity in China. Reuters’ Crispian Balmer reports:

After decades of mistrust, Pope Francis is pushing to improve relations and his secretary of state, Cardinal Pietro Parolin, sounded upbeat about the chances of success.

“There is much hope and expectation that there will be new developments and a new season in relations between the Holy Sea and China,” he said in a speech in the northern Italian city of Pordenone, which was released to reporters in the Vatican.

“(This) will benefit not just Catholics in the land of Confucius, but the whole country, which boasts one of the greatest civilisations on the planet,” he said.

“Dare I say, it would also be of benefit to an ordered, peaceful and fruitful cohabitation of peoples of all nations in a world, such as ours, which is lacerated by so many tensions and so many conflicts.”

For the Vatican, a thaw in relations with China would offer the prospect of easing the plight of Christians on the mainland, who have often been persecuted by the authorities.

For China, good relations could burnish its international image and soften criticism of its human rights record. [Source]

The Pope’s hopeful words come just over a month after reports on talks between Beijing and the Vatican to reach a deal involving the ordination of bishops in China. The Chinese Patriotic Catholic Association, a body overseen by the State Administration for Religious Affairs but unrecognized (and sometimes deplored) by the Vatican, has since 1957 supervised Catholicism in China. Earlier this month, Global Times reported on mixed opinions amid Catholics in China over reported progress in those negotiations.

Meanwhile at Quartz, Ilaria Maria Sala and Isabella Steger report that some Catholic priests and scholars are highly disturbed by the Pope’s efforts to reach out to Beijing, seeing some CCP policies as directly contradictory to the principles of the Catholic church:

Father Alexander Lucie-Smith, a parish priest in southwest England and contributing editor to the London-based Catholic Herald, compared the potential rapprochement to the Church’s attempt to reconcile with the eastern bloc governments during the Cold War—but emphasized that China’s Communist Party government is a far worse adversary.

“The Church is diametrically opposed to policies like forced abortion, the contraception policy, the one-child policy, and [China’s] lavish use of the death penalty,” said Lucie-Smith. “Those are pretty damn major things. We believe in freedom, democracy and human rights. It’s wishful thinking that the PRC [People’s Republic of China] believes in that as well.”

[…] Pope Francis is “a great believer in the power of love and mercy,” a priest in Milan who didn’t want his name used told Quartz. “Sometimes this works. It works maybe with Cuba. Maybe with the Russian Patriarch. But with China, I do not think it works: They do not let themselves be conquered by love; rather, if you bring love to the table, they just despise you. They certainly do not open doors for you.” [Source]