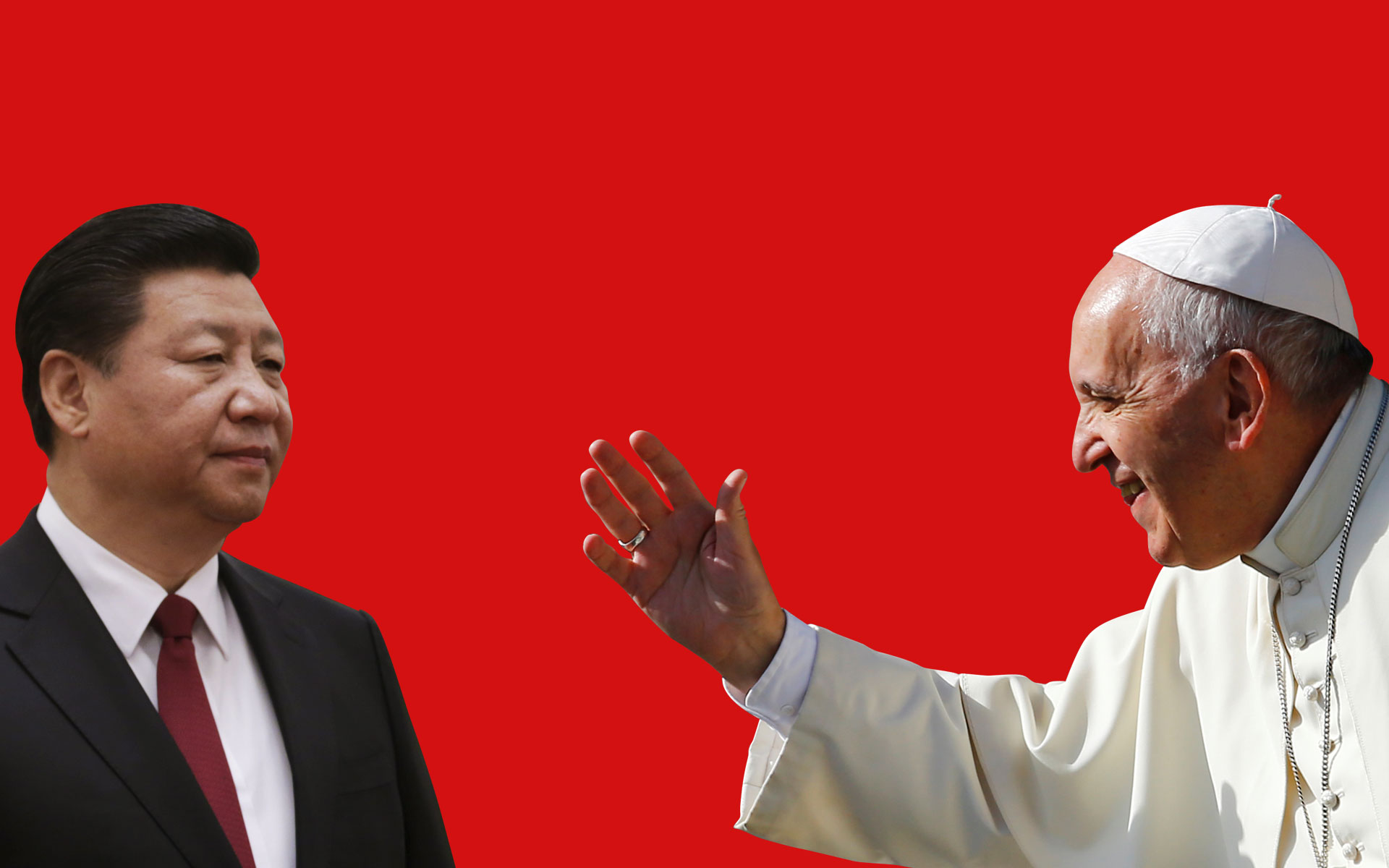 Talks are underway between the Vatican and Beijing to secure an agreement involving the selection and ordination of bishops in China. The Chinese Patriotic Catholic Association—a body overseen by China’s State Administration for Religious Affairs but unaffiliated, unrecognized, and sometimes deplored by the Vatican—has since 1957 supervised Catholicism in China. The potential deal comes as another signal of Pope Francis’ resolve to improve historically fraught relations between China and the Vatican. Lisa Jucca, Benjamin Kang Lim, and Greg Torode at Reuters report:

A working group with members from both sides was set up in April and is discussing how to resolve a core disagreement over who has the authority to select and ordain bishops in China, several of the sources told Reuters. The group is also trying to settle a dispute over eight bishops who were appointed by Beijing but did not get papal approval – an act of defiance in the eyes of the Vatican.

In what would be a dramatic breakthrough, the pope is preparing to pardon the eight, possibly as early as this summer, paving the way to further detente, say Catholic sources with knowledge of the deliberations.

[…] For the Vatican, a thaw in relations with China offers the prospect of easing the plight of Christians on the mainland who for decades have been persecuted by the authorities. It may also ultimately pave the way to diplomatic relations, giving the Church full access to the world’s most populous nation.

For China, improved relations could burnish its international image and soften criticism of its human rights record. It would also be an important step in prizing the Vatican away from Taiwan, handing China an important diplomatic victory in its efforts to isolate the self-governing island. [Source]

Pope Francis’ effort to produce a diplomatic breakthrough with Beijing comes amid an extensive clampdown on Christianity under President Xi Jinping. In Zhejiang, officials have removed over 1,200 crosses and demolished several churches since 2013 in an attempt to halt the growth of Christianity in the region. A number of Christian activists and lawyers were detained and later released for speaking out against cross removals. In April, President Xi Jinping cautioned top government officials to defend against foreign “infiltration through religious means” and re-emphasized the need to promote a kind of Christianity that is “compatible” with Chinese socialism.

An internal government document obtained by the New York Times in May 2014 shows that the church demolitions are part of a larger campaign to curb Christianity’s influence on the public. According to the nine-page provincial policy statement, the Xi administration wants to put an end to “excessive” religious sites and “overly popular” religious activities, but it names one religion in particular, Christianity, and one symbol, the cross. The strategy is easy to discern: first Wenzhou, then the rest of China.

However, Chinese Christians have refused to give in. One of the phrases I have heard most often among them is: “The greater the persecution, the greater the revival.” For Christian dissidents, cross removals and church demolitions are only the prelude in a story that repeats the Passion and Resurrection of Christ. They talk about how during the Cultural Revolution, the Christian population in Wenzhou actually grew many times over.

[…] Though Communist China is a totalitarian society, Christians can learn and practice a democratic way of life at church, and then act as a leaven in society. For instance, to this day the Chinese have no real voting rights, but congregants can elect their own board members and administrative leaders. For those inexperienced with running and voting for office, churches are a seedbed of civic activity. Many of these churches are Presbyterian and Calvinist, the same tradition that played such a central role in the rise of democracy in the West.

Churches are already involved in charity, education, culture, and other public sectors, further expanding China’s public space. For example, in the aftermath of the 2008 Sichuan earthquake, hundreds of churches quickly formed the China Christian Action Love volunteer association to provide relief, which many disaster victims praised as besting government efforts in both speed and constancy. In addition, some churches have established schools for members’ children as an alternative to the statist curriculum of public schools. Through the churches, Chinese Christians are becoming active agents in society rather than passive subjects controlled by the government. [Source]

There are millions of Catholics in China, and the number rising along with a rapid growth of Christianity in the country. This increase has forced Beijing to pay particular attention to Christianity and its place in society. The Economist examines the Chinese government’s response to the growth of religion and its attempt to impose its own version of morality in a society that has grown increasingly individualistic:

Many people look to religion for answers. In the 1990s the state first turned a blind eye to and then crushed Falun Gong, a Chinese discipline of self-improvement and meditation that had millions of followers. Its message was peaceful enough, but in 1999 more than 10,000 Falun Gong followers demonstrated in Beijing, demanding legal recognition and freedom from state interference. The government is still struggling with the tension between the stabilising moral message of most religions and their potentially destabilising capacity to mobilise people and preach some dogma other than its own.

A rise in the number of self-proclaimed Buddhists is tolerated because most of them enjoy the ritual aspects of the religion but do not get seriously engaged. The Christian church is more challenging. At an estimated 100m, it has more followers than the Communist Party has members. The party oscillates between wanting to embrace and to crush them.

Rather than fix or regulate the institutions people rely on, the party is instead trying to enforce its own version of morality. Mr Xi sums up his vision in “12 core socialist values” that stand in silent contrast to Western notions of “universal values”. In order to “engrave them on people’s minds”, folksy propaganda posters now preach these ideas from almost every bare patch of wall in China, on TV, at road junctions and in aeroplanes. Judging by the 13th five-year plan released this year, Mr Xi has high hopes for this campaign: “The core socialist values should become people’s firm inner belief, and people’s conscious behaviour, so as to strengthen the whole society.” [Source]