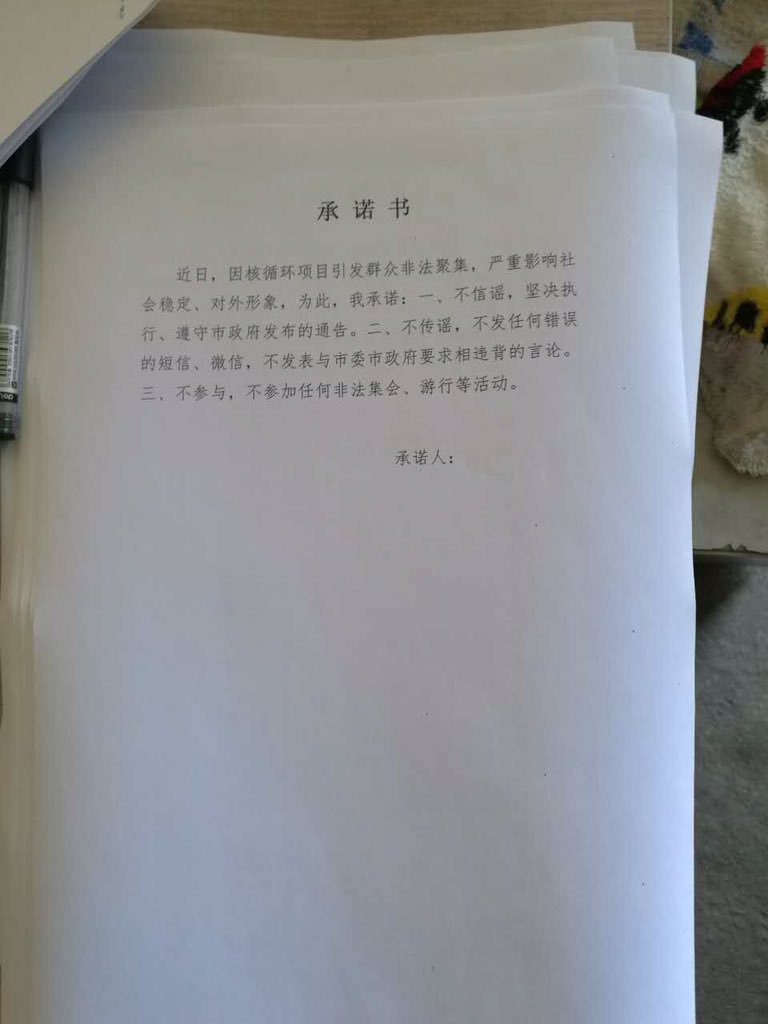 Protests in the southern coastal city of Lianyungang earlier this month have lead to the suspension of a planned nuclear waste facility, but local authorities are pressuring residents to stop. Online discussion of the issue has been heavily censored, and a man has been charged with “disrupting social order” for allegedly spreading a rumor that workers were planning a strike. According to images of a document tweeted by @beidaijin, the city’s port is also forcing all employees to sign an agreement to “three do nots and two leads.” They must pledge not to “believe rumors,” “spread rumors,” or “participate” in “illegal assemblies”; and are suggested to “take the lead” in both signing the agreement and carrying out its stipulations.

To All Work Units, Departments, Shareholders, and Member Enterprises: According to the demands of the spirit of the municipal assembly and the holding group’s Party committee, all workers and staff must carry out the “three do nots and two leads” agreement (attached). All work units and departments are kindly asked to make the agreement in accordance with the principles below:

In the past few days, people have been assembling illegally because of the nuclear cycle project, seriously affecting social stability and the outside image [of Lianyungang]. For this reason, I promise:

@beidaijin has also shared screenshots from two WeChat conversations indicating that food service workers have indeed been asked to sign this agreement, as have staff at a local hospital: 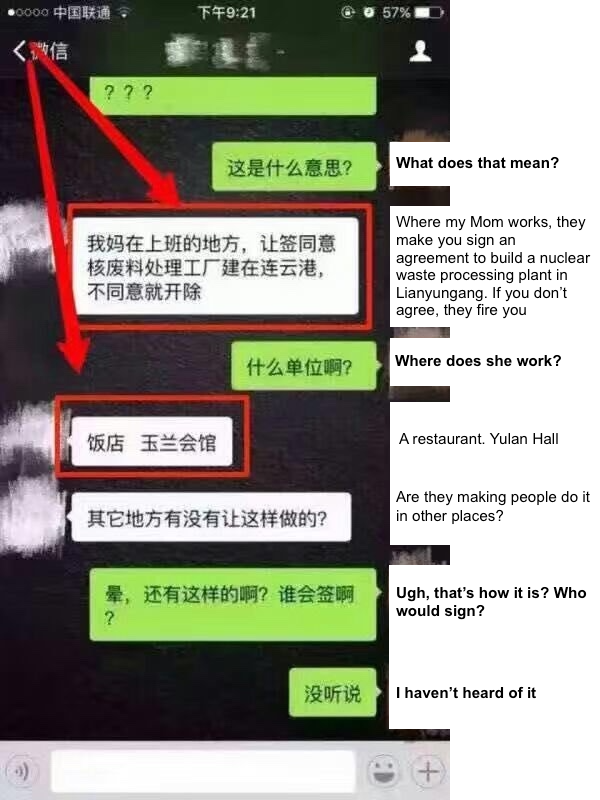 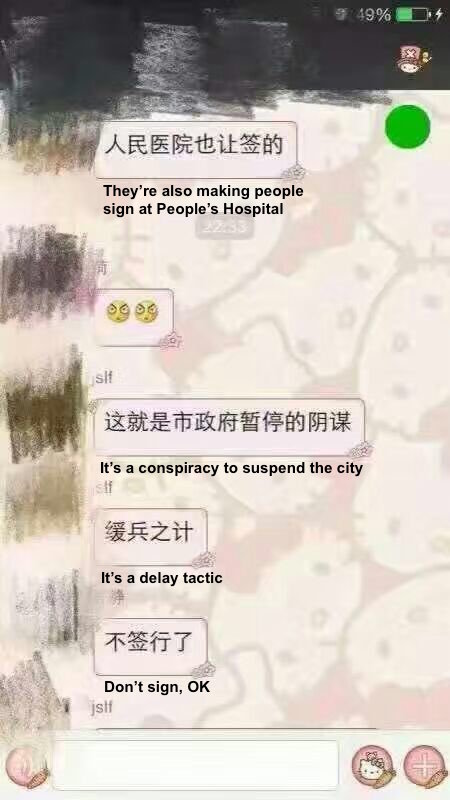 Last week, a leaked propaganda directive demanded that websites not carry a Sohu article that criticizes the Lianyungang government for keeping city residents in the dark about the proposed facility. CDT has documented censorship around similar environmental protests over the past few years.