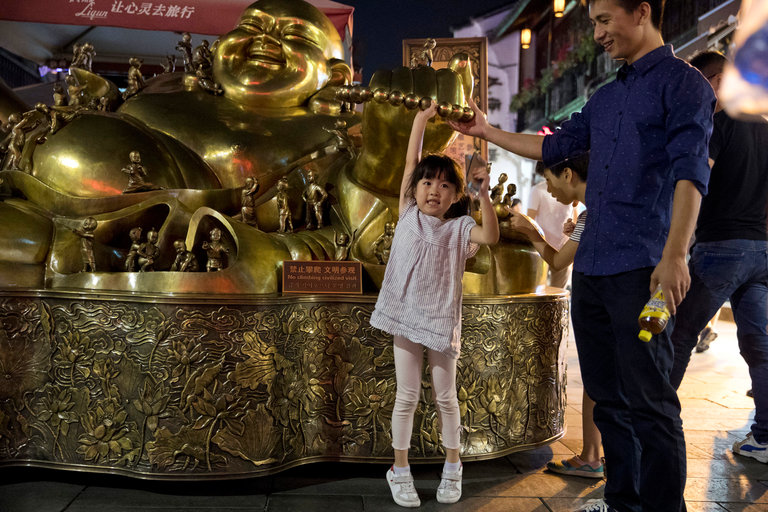 China’s rulers are keen to showcase their efforts to give the people a say in government through initiatives such as draft law consultations. Windows for public input on environmental protection, medicine, and film industry promotion laws are currently open. But other developments show that authorities remain as cautious as ever about public discussion or speculation on sensitive policies through informal channels.

Dr. Yi, a Chinese scientist and demographer, is indignant over the concerted act of censorship that struck a month ago. He said the simultaneous shuttering of half a dozen accounts, including on Weibo and his blogs, indicated that the censorship had been ordered at a high level, probably by the country’s powerful internet regulator, the Cyberspace Administration of China, at the request of the Family Planning and Health Commission of China, for whom he has long been an irritant.

[…] Online, some Chinese are discussing the blocking of Dr. Yi’s social media accounts.

Perhaps reflecting that broader social disjunction, the debate largely falls into two camps: those who believe that Dr. Yi is a spy sent by foreigners to destabilize China’s population policies, and those who call that notion ludicrous and say that he’s only speaking the truth. [Source]

For more on China’s family planning policies, read a recent interview at The Hindu with Mei Fong, author of “One Child: The Story of China’s Most Radical Experiment.” Fong told the newspaper’s Chandan Gowda that the subject’s continued sensitivity and the narrowing tolerance for public discussion appear to have stifled prospects for Chinese publication of the book:

One of the reasons for my criticism is the limits authorities have placed on knowledge, on discussion, on media. Which is to say, there isn’t yet a Chinese-language version of my book. It makes it hard for there to be a discussion among the people most affected by the issues in my book. A few years ago, I had received an offer from a major Chinese state-owned publisher for the Chinese-language rights, with the proviso of altering any “sensitive” content. I tabled the offer until I had written the book and could concretely discuss what they thought was “sensitive”. But in the interim, Xi Jinping’s administration has tightened controls on the press, on lawyers, and many other things that make for a civil society, so much so the publisher now tells me they can’t publish my book. It’s not just China either—think of the kidnapped Hong Kong booksellers. There’s a chill on the Chinese-language publishing industry, and I don’t see it warming up anytime soon. [Source]

At Caixin, meanwhile, Han Yi and Li Rongde report the deletion of social media accounts spreading “rumors” about looming real estate regulation in Shanghai. Such talk is said to have fueled spikes in property prices and even divorce rates, as happily married couples try to dodge possible tightening of real estate investment rules. (Critics of China’s repeated crackdowns on “rumors” have noted that the term may be applied to “‘any information or opinion at variance with the official construction of reality’—even when that information or opinion was mostly factual.”)

Internet regulators in Shanghai have taken down several social media accounts that offered property market news and ordered a dozen others to stop publishing updates as it cracks down on alleged “rumors” on impending restrictions on home purchases.

The Shanghai Internet Information Office said it shut down five accounts popular among homebuyers that belonged to media companies or real-estate agents on WeChat, a widely used mobile messaging app, because “they carried false information about the housing market, which has disrupted social and economic order.”

Hit Shanghai Housing Market, one of the WeChat accounts taken offline, published an article on Aug. 23 that said Shanghai authorities were planning to tighten rules by increasing the down payment required for a second home to up to 50 percent of the home’s price if the buyer had a previous home loan. The article didn’t cite any sources.

Another 13 accounts, including those linked to Sina.com and Sohu.com, two major news providers, were told to suspend updates for 30 days pending a further review, the regulator said in a statement on Tuesday. [Source]