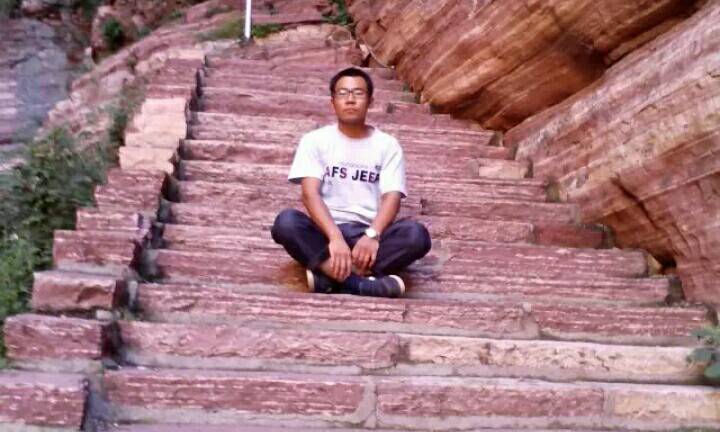 In 2013, as North Gaoying Village, Shijiazhuang, Hubei resident Jia Jinglong was anticipating his upcoming wedding, he learned that his family home had been marked by local authorities for demolition to make room for development. Unwilling to let that happen, Jia remained in his home as the wrecking crew arrived. He was badly beaten after he leapt from a second-story window, and his fiancée left him shortly thereafter. Disgruntled and upset, Jia then took drastic measures: in 2015, Jia killed He Jianhua, the village chief who had ordered his home demolished, with a modified nail gun. In August, a local court sentenced Jia to death for murder, and last week the Supreme People’s Court upheld the death penalty. Jia is expected to be executed any day, as China lacks the judicial mechanism required by international law to allow pardon and further investigation for those sentenced to death in effort to protect against wrongful convictions. At The Globe and Mail, Nathan Vanderklippe reports on how Jia’s case has elicited a national conversation about both social injustice and capital punishment:

Even if he is executed, Mr. Jia’s story may resonate beyond the grave, as he becomes the latest figure to galvanize public opinion against a justice system often seen as unjust.

In China, “everyone can see themselves as Jia Jinglong,” a man driven to desperation against an unyielding state, said Michelle Miao, an assistant law professor at The Chinese University of Hong Kong who is an expert on the death penalty in China.

By opening a window into the capital-punishment system, Mr. Jia has also provided “an opportunity for the public to finally see what is happening within the courtrooms,” Prof. Miao said. “Only these high-profile cases can shine some light into the actual implementation of the machinery of justice in China.”

And those angered by his case don’t like what they see. “Corrupt officials who have done so much damage to society were not killed, so why him?” asked one person on Chinese social media, where Mr. Jia’s story was widely shared, after it was also reported by state media.

Jia’s lawyer Wei Rujia and many Chinese legal experts share the general opinion of the people, seeing Jia as a desperate victim, and seeing the central court’s ruling against him as out of line with China’s stated commitment to reducing capital punishment. State-run tabloid Global Times reports:

Wei [Rujia] told the Global Times that Jia’s house was maliciously removed, which was illegal, and directly led the man “who had lived a peaceful life” to commit a criminal homicide.

The order of immediate execution also sparked debates in China’s legal field, with some professors arguing the penalty was too harsh.

“Apart from personal reasons, the killing was also an institutional failure. Any ordinary person could resort to the same means as Jia when facing unfair treatment,” said Zhang Qianfan, a law professor with Peking University.

China strictly controls the death penalty and employs it with prudence, said a white paper in September, the Xinhua News Agency reported. The white paper, titled New Progress in the Judicial Protection of Human Rights in China, said China’s stand on the death penalty is to ensure that it applies only to a very small number of extremely serious criminal offenders. [Source]

An English op-ed in China Daily too called for Jia’s execution to be delayed, and argued that his own victimization at the hands of authorities should warrant a lesser sentence:

Considering both the judicial authorities’ new emphasis on prudence in applying the death penalty, and the reasonable doubts surrounding the sentence, we urge the court to demonstrate discretion, and avoid the double tragedy to which we are dangerously close.

Whatever happens, Jia’s case should not be allowed to slip away as if it were just another regular criminal offense. Because it is not. Outside the courtroom, there are pricey lessons to be learnt.

“I am a victim…from the very beginning,” Jia told the first-instance court in self-defense. “I would not have embarked on such a road of no return had there been a way out.”

The murder took place months after his home was demolished by force. He called the police in the vain hope of stopping the demolition. He tried to negotiate for compensation afterwards. He lodged complaints to local authorities. He found himself helpless, hopeless, with no way to have justice done. [Source]

Coverage from the Hong Kong Free Press notes that little Chinese media commentary on Jia’s case can be found aside from the above-linked Global Times op-ed, and quotes Amnesty International’s William Nee on the severity of Jia’s sentencing:

“Given the fact that China currently has the policy of “killing fewer, killing cautiously” (少杀慎杀), this case seems shocking,” he wrote in an email.

He said that the short time period of seven days between ratifying the sentence and execution is stipulated by law in China.

“Many scholars have identified this short period as problematic if China were ever to come into compliance with international law on the death penalty, since under international law a person who has been given a death sentence should be given the chance to apply for pardon or have the sentence commuted. But China doesn’t have this sort of mechanism,” he said.

[…] Nee adds: “the fact that the local newspapers have not reported the death penalty ratification also shows how the authorities sometimes manipulate public opinion about the death penalty by widely publicising the most horrific cases, while staying silent or even censoring news about potentially controversial cases.” [Source]

Psychologist and popular science writer Tang Yinghong took to Weibo to retell Jia’s story as yet another example of Chinese authorities’ tendency to apply the law in a way that inequitably benefits those who hold power. An excerpt of Tang’s Weibo essay was translated by China Change:

[…] Many people, out of a sense of righteous indignation, have called for Jia Jinglong’s life to be spared — and some are even suggesting that the abolition of the death penalty might begin from Jia’s case. But the root of all this isn’t a “legal” matter: the communist authorities are simply using the name of the law, and legal mechanisms, to tell the Chinese people: The conspiracy of interests represented by He Jianhua and his like, and their ability to do whatever they please, will be protected, and those who oppose them and threaten those interests must be punished. [Source]

At The Guardian, Owen Bowcott profiles author and professor He Jiahong, a leading researcher and writer on miscarriages of justice in China, and critic of the death penalty and Beijing’s tendency towards secrecy regarding capital punishment data:

“At the time [2002], I said that we cannot abolish the death penalty. We have to respect public opinion. If you kill somebody then you should be killed. About 10 years later, I changed my mind,” he says. “Public opinion can be changed with education. More and more people think that [considering human rights] the death penalty is not a natural role for human beings.”

[…] Support for capital punishment is now around 70-80%, and coming down. He has advocated abolishing it gradually over the next two decades. “In fact, we may not abolish the death penalty [straight away],” he suggests. “We might not use it. We would wait and see; if we don’t use the death penalty for a number of years, then people in China would be persuaded. Then we may legally abolish the death penalty in 20 years. But it all depends on the situation … the government is facing the threat of terrorists [militant groups from within the separatist Muslim Uighur ethnic group] and drug trafficking.”

The number of executions is a state secret. Figures are disputed. While as many as 12,000 people might have been killed in 2002, according to the Dui Hua Foundation, a human rights campaign group, the annual total estimated by foreign observers is more than 1,000 deaths.

“We should not keep secret the numbers … policy has been changing in the supreme peoples’ court in China,” He says. “We should have stricter scrutiny of death penalties. We have to change the mentality of the decision makers. These wrongful convictions made [the authorities] have second thoughts.” [Source]