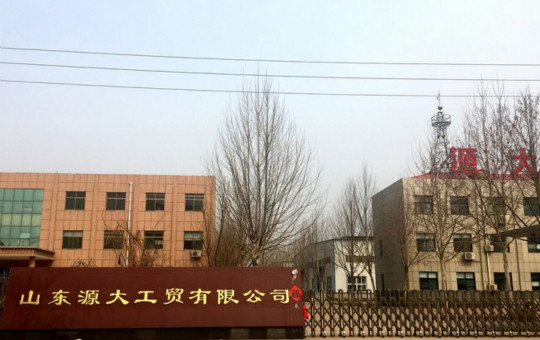 The Supreme People’s Procuratorate, China’s top prosecutor, over the weekend decided to review a controversial life sentence handed down to 23-year-old Shandong man Yu Huan for “intentional injury” last month after public outcry over what many saw as a miscarriage of justice based in police negligence. At Reuters, Ben Blanchard reports the background of Yu’s case:

Yu Huan, from Liaocheng in the eastern province of Shandong, was sentenced to life in jail in February after he used a knife to attack four of his mother’s creditors who exposed themselves to his mother while demanding a debt be repaid last April, according to state media. One of the creditors died.

When four of the loan sharks went to the office to demand repayment, police were called but left without arresting anyone, the report added. After the police left, the dispute escalated leading to the death, it said.

[…] The case has been widely discussed on Chinese social media, and is the number two trending topic on Weibo, China’s answer to Twitter, with many people saying a life sentence was not justified and criticizing police inaction. [Source]

Coverage from Sixth Tone provides more details on the alleged abuse the loan sharks inflicted on Yu and his mother, and surveys some of the public and media outcry over the initial verdict:

“If you don’t have the money, you can become a prostitute,” Du [Zhihao, reportedly the head of the lending gang] said [while restraining Su and Yu in the reception room o a factory], according to a witness quoted in the Southern Weekly article under the pseudonym Liu Xiaolan. “I’ll give you 80 yuan for each go.” The witness said Du then took off his pants and exposed his genitals.

[…] So far, users on microblog platform Weibo have been quick to defend Yu’s actions and condemn the court’s verdict, even calling it an insult to justice. “Yu Huan fought back for his mother — he was courageous, and yet he must shoulder the responsibility!” wrote one user. “[The thug] who insulted the woman in front of others has no humanity. He deserves to die!”

A social media account affiliated with Party newspaper People’s Daily echoed the public’s disappointment in the initial police response, as the officers neither detained the thugs nor freed mother and son. “The court has selectively neglected whether the officers’ actions played a part in Du’s death,” it read.

A commentary in The Beijing News, meanwhile, questioned whether the judicial system had any room for compassion in its verdicts: “If a court decision contradicts public opinion in such basic dimensions as kindheartedness and justice, then those involved in the case have some soul-searching to do.” […] [Source]

[You Wei, director of the Justice Research Centre at East China University of Political Science and Law in Shanghai] conceded it was possible that “public opinion” could influence a court’s handling of prominent cases and he was “100 per cent” certain the attention the top prosecutor was now giving the case was the result of the intense interest the saga was receiving online, he said.

Yin Qingli, a lawyer from the Hebei province-based Ten Power Law Firm who is representing Yu in the appeal case, told the state-run news agency Xinhua: “In the upcoming second trial, I will definitely insist on justified self-defence.

[…] “I think Yu’s actions are within a reasonable scope,” [Beijing lawyer Xu Xin] told the Post. Xu said Du’s death was more the result of him seeking treatment on his own and delaying medical attention.

However, You, the Shanghai professor, said he was worried about the loss of judicial independence amid the public uproar.

“What I am most concerned about is whether judges will be affected by public opinion and upper-level authorities.” [Source]

In January, China’s top judge Zhou Qiang urged members of the Supreme People’s Court to “resolutely oppose the influence of Western […] harmful ideas,” including the notion of judicial independence, a concept he had previously rallied against.

Public faith in law enforcement in China was battered last year following the highly-publicized case of Lei Yang, a young Beijing man who died after being beaten by police while detained for allegedly visiting a prostitute. The death of Lei—an educated professional and family man—and the lack of prosecution against the officers involved stoked middle class anxieties over sometimes brutal law enforcement tactics.

More recently and in stark contrast to the officially sanctioned opacity that surrounded Lei Yang’s death,  authorities in Henan released a public notice that a municipal public security bureau was suspected of using torture on a detainee who had died in custody.