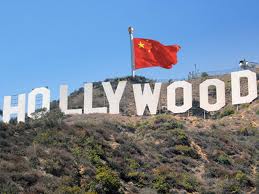 The increasingly interdependent relationship between China and Hollywood can be seen in the recent surge of trade and investment deals in the film industry and in the way China is portrayed in American films. In recent talks in Florida, President Trump and President Xi reportedly agreed to increase the number of American movies allowed for import as part of an effort to ease China’s trade deficit with the U.S. That quota, which currently allows 34 movies to be imported per year, has long been tightly controlled as Beijing has aimed to limit the influence and market share of foreign movies. Now Hollywood producers are eager to placate Chinese censors in order to get a share of the lucrative and growing market of Chinese filmgoers. In an article for the Wall Street Journal, Erich Schwartzel looks at the ways Hollywood is increasingly reliant on China:

“We never thought of China 10 years ago. Now, we’re at a point where Hollywood can’t exist without China,” said Adam Goodman, a former production chief at Paramount Pictures. He now runs a film-production company backed by Le Eco, a Beijing-based technology company.

Private and state-backed Chinese companies have invested tens of billions of dollars in U.S. film ventures over the past decade. The relationship comes with strings attached. Chinese authorities, censors and consumers influence nearly every aspect of American moviemaking in China, from scripts to casting to greenlighting sequels.

“We’re in a moment of significant disruption,” said Richard Lovett, president of Creative Artists Agency, which represents such clients as Sandra Bullock and J.J. Abrams. The firm announced Monday it was expanding its footprint in the country with a division called CAA China.

China’s ambition befits the big screen—to compete with the U.S. as a global storyteller and spread its perspective in the same fashion American filmmakers have for a century. [Source]

Read more about the CAA deal via the Los Angeles Times.

In return for the investment in American productions and the ability to screen to Chinese audiences, some Hollywood directors and producers are softening the way China is portrayed in their movies. Looper outlines nine examples of Hollywood movies that were changed apparently to placate Chinese authorities:

Read more about the deepening relationship between Hollywood and China in an interview with UCLA professor Michael Berry.