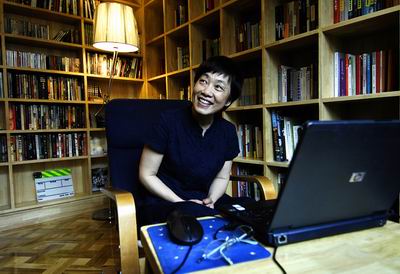 Born in Jiangsu Province in 1956, Cui grew up in the “muddled and obscure intellectual tradition—part Confucian and part Communist“—of the Cultural Revolution. She was among the first to attend university after that chaotic period finally came to an end. Cui studied literature at Nanjing University, from which she graduated with a master’s degree in 1984. She then went to teach at the Beijing Film Academy, where she remained until she was forced to retire after co-authoring a letter in support of the Tiananmen Mothers.

Cui is part of the once-close circle of Beijing liberal intellectuals that includes Liu Xiaobo and Hu Jia. After Liu Xiaobo was charged with “subversion of state power,” Cui and Xu Youyu collected the Homo Homini Award for Charter 08 in Liu’s stead. One year after Charter 08 was first circulated, Cui collected comments on Liu Xiaobo’s conviction and imprisonment from a range of Chinese public intellectuals. Cui faced criticism for exposing them to punishment for speaking on a taboo subject, but defended her decision to publish the comments.