Word of the Week: Dama Era 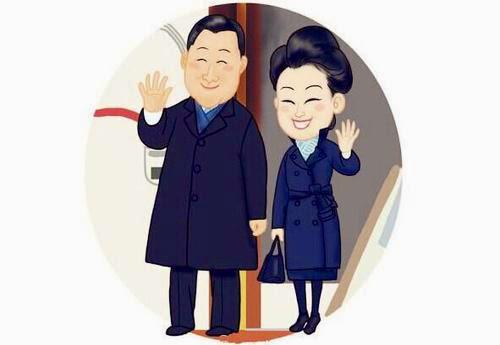 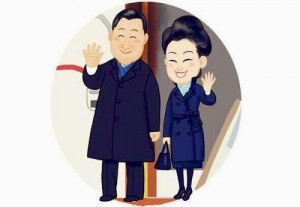 On November 18, 2014, four men in Henan posted a music video paying homage to the marital bond between Xi Jinping and Peng Liyuan. Within a week, the video had been viewed more than 20 million times. The video shows images of Xi and Peng stepping onto tarmacs and visiting foreign dignitaries, while urging listeners to learn from “Daddy Xi” and “Mama Peng.” At the New York Times, Austin Ramzy offers a translation of the lyrics.

In the song, Xi is called “Daddy Xi” (Xí Dàda 习大大), where dada is a term of endearment from Shaanxi, the province of Xi’s father’s birth. State media often refer to the president as “Daddy Xi,” lending intimacy and warmth to Xi’s image. Meanwhile, Peng Liyuan is called “Mama Peng” (Péng Máma 彭麻麻), with the playful use of máma 麻麻 instead of the standard māma 妈妈.

Uncharmed by the music video or the familiar appellations for Xi and Peng, netizens created a clever contraction of the “glorious era” of “Daddy Xi” and “Mama Peng” in the invention of “Dama Era.” 大麻 dàmá means marijuana, lending the abbreviation a mischievous undertone. While “Marijuana” was blocked from Weibo search results during tests on November 26, 2014, it appears to yield results on April 20, 2017.

@hansontangbc: A reporter recently learned that at the upcoming National People’s Congress working conference, in order to fully express the masses’ love and admiration for Daddy Xi and Mama Peng, a resolution will be adopted to make “dama” the national flower of China. (November 25, 2014)

See also have everything but Daddy.