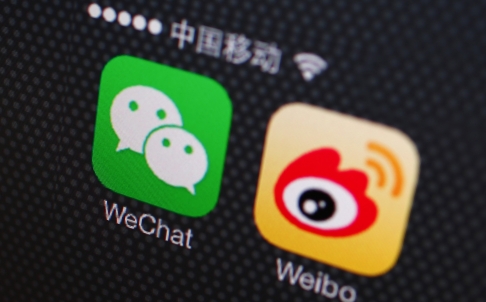 Dozens of popular social media accounts and apps that focus on celebrity and entertainment news have been closed on the order of web censors at the Cyberspace Administration of China (CAC), who cited China’s new cybsersecurity law that came into effect this month. This comes on the heels of recently updated news regulations which significantly expand the CAC’s jurisdiction over online news. At the South China Morning Post, Zhou Xin reports on this new crackdown on entertainment news:

The Beijing office of the Cyberspace Administration of China, the censorship agency for websites and mobile apps, said in a notice on Wednesday that the accounts were closed in line with the country’s new cybersecurity law, which came into effect on June 1 and stipulates that online content should not breach privacy.

[…] On Weibo, some 19 popular accounts were shut down, including that of Zhuo Wei – a photographer who has exposed several extramarital affairs involving Chinese movie stars and who had 7.11 million followers.

In a statement, the censorship agency said the accounts were closed to “proactively promote socialist core values and develop a healthy and positive atmosphere”. It added that it was taking strong measures to curb “excessive reporting on the private lives of and gossip about celebrities” and the “flaunting” of their wealth and lifestyles.

The measures have prompted a mixed response online in China. […] [Source]

While authorities have in the past targeted public infatuation with celebrity lifestyles and entertainment gossip with their censorship directives, entertainment related stories have generally enjoyed much less sensitivity than news on politics or economics. The New York Times’ Amy Qin puts this crackdown into the context of the recent government expansion of news and internet control, noting that this comes in the lead-up to this year’s 19th Party Congress—a time when political sensitivities run especially high:

A large number of Chinese “celebrity news” blogs have disappeared in recent days after coming under the scrutiny of China’s cyberspace regulators. Their absence comes amid a broader tightening of online and media controls ahead of a once-in-every-five-years meeting of top Communist Party leaders this year, at which party officials will consider major decisions about who will lead the country in the coming years.

[…] “In China, there were only two areas before that we could say had news freedom: One was entertainment, and the other was sports,” said Gao Ming, host of the podcast Radio HiLight and a former editor at AsiaContent.com, an online entertainment news company. “But now I think the government is trying to send a message that all the news needs to be within its control.”

[…] “Generally, China’s leaders have been obsessed with the containment of negative coverage, and under Xi Jinping we’ve seen a rather dramatic decline in serious coverage by China’s media,” David Bandurski, editor of the China Media Project at the University of Hong Kong, said in emailed comments, referring to the Chinese president. “What we’re now seeing is a war on the nonserious.”

[…] The shutdowns come after a new cybersecurity law and new regulations issued by the Cyberspace Administration of China concerning the provision of news information through social media platforms like WeChat came into effect last week. According to the regulations, all online publishers — including websites, apps, blogs and social media accounts — must obtain permits from the authorities in order to publish news or news commentaries. [Source]

At Jing Daily, Yiling Pan notes that some popular entertainment news providers are seeing the treatment of their accounts vary depending on the social media platform, and surveys some of the public reaction to the new crackdown:

[…] On Weibo, oddly, Harper Bazaar’s account continues to be live even though the two platforms have pushed out highly similar content in the past. On that platform, the fashion magazine mostly focuses on reporting celebrity collaborations with fashion and luxury brands as well as their attendance at exclusive events like the Cannes Film Festival and the Met Gala.

The different handling of the account on the two platforms could be related to their openness. Accounts on WeChat, which is primarily a messaging service, are less public than others like Weibo. On Weibo you can see posts of just about anyone else and forward them to others. On WeChat, however, you have to be a subscriber to a public account to view its posts.

The action taken by the Cyberspace Administration has received mixed reviews from Chinese WeChat users. Some supporters praise the crackdown saying that “paparazzi accounts” reflect the most depraved element of society and show no respect for people’s basic rights.

Followers of the closed accounts, however, were angry and voiced concern for what the crackdown on independent media means for freedom of expression in China. […] [Source]

Read more on the recent consolidation of government control over online news via CDT.