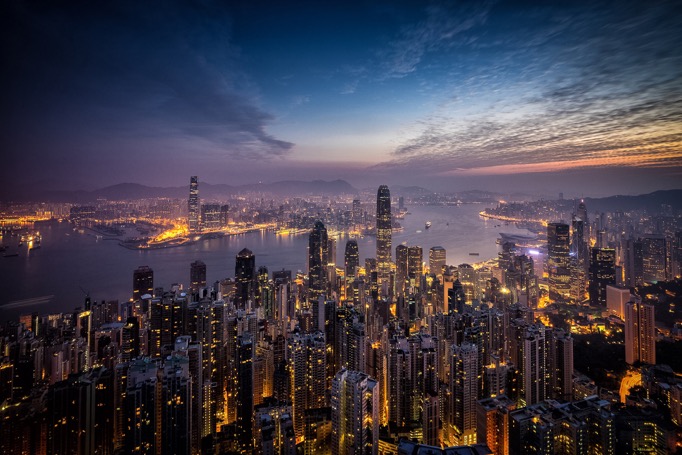 A Ministry of Foreign Affairs official has clarified a remark made at a press conference on June 30th by spokesperson Lu Kang regarding China’s stance on the Sino-British Joint Declaration on the handover of Hong Kong. Lu’s statement suggested that China no longer considers the Sino-British Joint Declaration to be legally binding. The document, signed in 1984, set out the blueprint for how Hong Kong would be governed after its return to China and contains guarantees for the city’s rights and freedoms under the “one country two systems” arrangement. China has now reiterated its commitment to the “two systems” formula and confirmed that the Sino-British treaty remained in force and is binding, but stressed that it will not allow the United Kingdom to interfere in the city’s internal affairs. Joyce Ng at South China Morning Post reports:

Xu Hong, director general of the Chinese foreign ministry’s treaty and law department, sought to clarify a colleague’s recent remarks suggesting the irrelevance of the treaty. He also assured Hong Kong that Beijing was committed to upholding the “one country, two systems” policy – not under the treaty, but because of a commitment in the city’s mini-constitution.

While acknowledging the document registered with the United Nations was “not without [legally] binding effect”, he pointed out that its main text only mentioned Britain would “restore” Hong Kong to China, but included no provision for its rights and responsibilities after the handover.

China’s basic Hong Kong policies, elaborated in annex I of the joint declaration, were a “unilateral” declaration over which Britain had no say, he added. [Source]

During his briefing with reporters, Lu referred to the treaty as a “historical document” that “no longer has any practical significance” for the Chinese government’s management of Hong Kong. Lu’s statement was made on the eve of the 20th anniversary of the former British colony’s handover to Chinese rule, during which President Xi Jinping was present in the city to mark the occasion and call attention to Beijing’s authority over its handling of Hong Kong affairs. Ben Blanchard and Michael Holden described his statement at Reuters:

“Now Hong Kong has returned to the motherland’s embrace for 20 years, the Sino-British Joint Declaration, as a historical document, no longer has any practical significance, and it is not at all binding for the central government’s management over Hong Kong. The UK has no sovereignty, no power to rule and no power to supervise Hong Kong after the handover,” Lu said.

Britain said it had a legal responsibility to ensure China abided by its obligations under the declaration.

“The Sino-British Joint Declaration remains as valid today as it did when it was signed over 30 years ago,” a British Foreign Office spokeswoman said.

“It is a legally binding treaty, registered with the U.N. and continues to be in force. As a co-signatory, the UK government is committed to monitoring its implementation closely.” [Source]

At Lawfare, Julian Ku from Hofstra University School of Law argued that Lu’s statement did not translate into a complete voiding of the Joint Declaration in its entirety. Rather, only specific portions of the Declaration concerning the transition were considered no longer binding, with the confusion caused by subtle differences in translation between Reuters’ rendition of Lu’s statement and the official translation by the Ministry of Foreign Affairs.

[…In] reviewing the English translation of the spokesman’s remarks, we all might be overreacting a little. As always, the best understanding of what he really meant may require taking into account tricky problems of translation. Here is the MFA’s official translation of the same remarks translated by Reuters above:

It’s been 20 years now since Hong Kong’s return to the motherland, and the arrangements during the transitional period prescribed in the Sino-British Joint Declaration are now history and of no practical significance, nor are they binding on the Chinese central government’s administration of the Hong Kong SAR.

However, Donald Clarke at The China Collection responded that the original Chinese transcript itself suggested that the official translation was mistaken and that Lu was in fact referring to the Joint Declaration in its entirety.

The Sino-British Joint Declaration of 1984 made a clear distinction between [a] China’s resumption of the exercise of sovereignty over Hong Kong and [b] relevant arrangements for the transitional period. It has already been 20 years now since Hong Kong returned to the embrace of the motherland; the Sino-British Joint Declaration, as a historical document, possesses no practical significance of any kind, and has no binding force of any kind with respect to the central government’s administration of the Hong Kong SAR.

During talks with Theresa May at the recent G20 meeting, Xi Jinping said that the two countries should seek common ground and shelve their differences, Tom Phillips at The Guardian reported:

The Chinese president and the British prime minister held a 30-minute bilateral meeting at the G20 in Hamburg, Germany, on Friday, one week after a war of words broke out between London and Beijing over Hong Kong.

According to China’s official news agency, Xinhua, Xi told May that Britain and China should “respect each other’s core interests and major concerns” – of which Beijing considers the former British colony to be one.

A senior No 10 official said that during a “warm meeting” with Xi, May offered her congratulations for the recent 20th anniversary of Hong Kong’s return to China in July 1997.

According to the official, May highlighted the economic success Hong Kong was enjoying but also “stressed the continued commitment to the ‘one country, two systems’ regime,” under which its 7.3 million citizens enjoy greater freedoms than those of China’s authoritarian mainland. [Source]