Fear and Self-censorship at the Hong Kong Book Fair 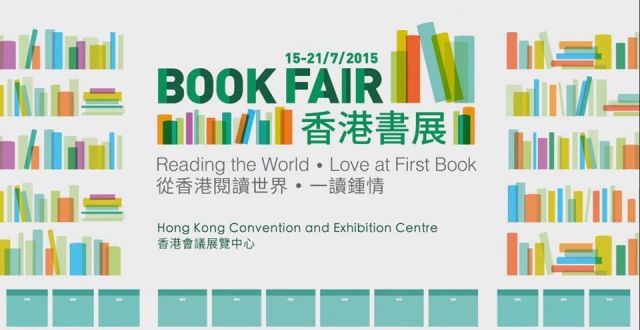 The 28th annual Hong Kong Book Fair ended in Wan Chai today. The week-long event fell short of its projected number of attendees, due in part to a tropical storm that led to a temporary closure last weekend. Also absent this year were many sensitive political and historical works that had become hallmarks of the fair and attracted many from the mainland in years past. This comes amid mounting concerns over Beijing’s encroaching political control and the erosion of press freedom in the semi-autonomous region. The AFP reports:

The annual Hong Kong book fair has always been a source of politically sensitive titles banned in China, but this year fewer were on display as the city faces growing pressure under an increasingly assertive Beijing.

But a store manager who identified himself only as Mr Tam estimated the overall number of politically sensitive books on sale across the fair was down as much as 70 percent.

“There are less of these books coming out. Some of the smaller and independent companies, they haven’t come back,” he told AFP.

[…] Mainland customers who used to travel over the border to snap them up have also stayed away, he said.

“A lot of publishers are self censoring and afraid to produce more books,” Tang told AFP. [Source]

AFP also cited the 2015 disappearance of five Hong Kong booksellers and publishers who turned up in detention in China, one of whom remains in custody. The five were connected to Causeway Bay Books/Mighty Current Media, a store and publisher specializing in salacious works on Chinese politicians that are banned in the mainland. Early this year Guangxi Normal University social media editor Dai Xuelin was given a five-year prison sentence for distributing books from Taiwan and Hong Kong that are banned in China. Dai and his business partner, who was sentenced to 3.5 years, reportedly used Causeway Bay Books as one of their suppliers. Taiwanese NGO worker Lee Ming-che was apparently arrested by Chinese authorities for subversion in May partly due to Taiwanese books that he planned to distribute in China.

After last year’s event, the South China Morning Post reported that over 1,400 books had been seized by the Office for Film, Newspaper and Article Administration for “suspected indecent content,” and that one publisher would be prosecuted. Ahead of this year’s fair, the SCMP quoted the fair’s organizer promising there would be no censorship as long as exhibitors “comply with the law.” The fair’s internal regulations require all books on display to be “Class I” works which are “neither obscene nor indecent,” as described in Hong Kong’s Ordinance on Control of Obscene and Indecent Articles. The Hong Kong Free Press’ Elson Tong reports on criticism from a Taiwanese LGBTQ publisher after several of their titles were ordered out of the fair:

Taiwan’s G Books told HKFP it is selling a total of 15 titles at a stall set up by the Taiwan Indie Publishers Alliance. It said that none of the titles contained images of nudity.

G Books wrote on Facebook on Saturday that the fair’s organisers ordered a total of nine Class II titles to be removed from the stall, despite the fact that they were packaged in plastic covers featuring warning labels in accordance with Hong Kong laws. The banned titles included A Gentleman’s Wedding, Gay Soldier’s Diary, and Crying Girls.

“We’ve never been faced with this kind of order in previous exhibitions,” wrote the publisher. “We felt extremely stunned.”

“An annual cultural publishing fair in the ‘Pearl of the Orient’… does not permit diversity of speech. Publishers cannot reach their readers in a proud way, without twisting or disguising themselves.”

“The Book Fair suddenly gave its order on the third day of the fair – we managed to sell the books on the first two days,” a G Books spokesperson told HKFP. “This is really unreasonable. Some say that a Christian stall nearby filed a complaint against us, but we can’t prove it.” [Source]

At EJInsight, Mark O’Neill describes the soft power capital that the Hong Kong Book Fair has garnered for being easily accessible to mainlanders and relatively free of political sensitivities, noting a dwindling interest in politics among fair attendees in recent years:

The fair is a symbol of the soft power of Hong Kong, a platform for a rich variety of books that is not available anywhere else in the Chinese world. In the mainland, censorship restricts production of Chinese-language books and what can be imported from outside, including Hong Kong and Taiwan.

[…A]ccess to Hong Kong for mainlanders is easy. They account for an important proportion of the buyers at the Fair; it offers many things which they cannot buy at home. They can buy books and articles about Liu Xiaobo; news about him has been scrubbed from the mainland media.

An official of the Tian Yuan Bookshop of Hong Kong said that it had sold 100 copies of two books about Liu. A young couple from Shenzhen said they planned to buy three-four books about the Beijing protests of spring 1989; they said they did not know who Wang Dan was. Asked about Liu Xiaobo, they said the latest rumour in the mainland was that he had gone to the US; told that he died more than a week ago, they were shocked.

Pang Ji-ming, of Subculture Publishing Co., said that, in recent years, the political atmosphere in Hong Kong had become downcast, leaving people with no illusions and unwilling to deal with politics. “Fewer people are buying political books,” he said. “We expect fewer sales this year. Of our 15 new books this year, we printed an average of only 1,500 copies, down from 2,000 last year. The Trade Development Council (TDC) chose tourism as the main theme this year, with culture in second place.” [Source]

In a column at the South China Morning Post, Tammy Tam describes Hong Kong legislators’ use of the fair to connect with constituents, and counters critics’ complaints that this year’s event seemed otherwise scrubbed of politics at a time of heightened—if unacknowledged by Tam—political and media tension: “There’s nothing wrong with that. After all, what the city needs at this time is more peace and less political bickering, though politics will always be there.”