China Lashes Out at U.S. After Religious Freedom Report 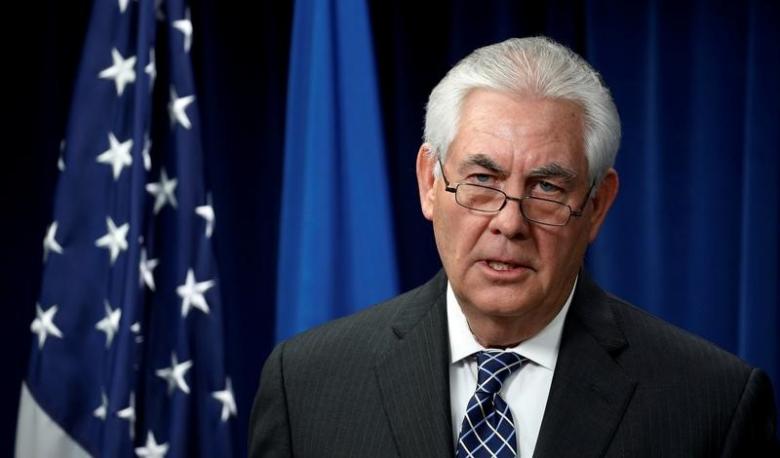 U.S. Secretary of State Rex Tillerson yesterday delivered public remarks from Washington to mark the release of the State Department’s 2016 International Religious Freedom Report. The report, which surveys the status of religious freedom in 199 countries, annually includes critique of China, which since 1999 has been one of the State Department’s “Countries of Particular Concern,” and a nation where the state suppression of religion is well-documented. China was included as one of seven countries briefly mentioned by Secretary Tillerson, along with Iran, Saudi Arabia, Turkey, Bahrain, Pakistan, and Sudan. From Secretary Tillerson’s address, via the U.S. Department of State website:

Morning, all. We are releasing today the 2016 International Religious Freedom Report. This report is a requirement pursuant to the International Religious Freedom Act of 1998 – legislation that upholds religious freedom as a core American value under the Constitution’s First Amendment, as well as a universal human right. This law calls for the government to, quote, “[Stand] for liberty and [stand] with the persecuted, to use and implement appropriate tools in the United States foreign policy apparatus, including diplomatic, political, commercial, charitable, educational, and cultural channels, to promote respect for religious freedom by all governments and peoples.”

Almost 20 years after the law’s passage, conditions in many parts of the world are far from ideal. Religious persecution and intolerance remains far too prevalent. Almost 80 percent of the global population live with restrictions on or hostilities to limit their freedom of religion. Where religious freedom is not protected, we know that instability, human rights abuses, and violent extremism have a greater opportunity to take root.

We cannot ignore these conditions. The Trump administration has committed to addressing these conditions in part by advancing international religious freedom around the world. The State Department will continue to advocate on behalf of those seeking to live their lives according to their faith.

[…] In China, the government tortures, detains, and imprisons thousands for practicing their religious beliefs. Dozens of Falun Gong members have died in detention. Police – policies that restrict Uighur Muslims’ and Tibetan Buddhists’ religious expression and practice have increased. […] [Source]

“China is resolutely opposed to this and has lodged solemn representations with the U.S. side.”

The United States would do better to look at its own problems, Hua added.

“Everyone has seen that the facts prove the United States is not totally perfect,” she said, without providing any examples.

“We urge the United States to respect the facts and properly manage its own affairs, and stop using the wrong means of the so-called religious freedom issue to interfere in the internal affairs of other countries.” [Source]

While Hua failed to offer examples of American imperfection, English-language commentary from state news agency Xinhua pulled no punches. After calling the annual report “nothing but a political tool to tarnish China” and its assertions “nothing but a political bigotry held by the U.S. government,” the state media commentary attacked the report’s reliance on NGO sources (some of which “are probably outlawed for harboring ulterior motives“), contested its claims, and pointed attention towards deteriorating race relations in the U.S.:

While still reeling from the death and violence seen at a white-nationalist rally in the city of Charlottesville, the United States should take a minute to reflect on its own human rights situation before pointing accusing fingers at China.

As a matter of fact, Chinese people of all ethnic groups have enjoyed full religious freedom in accordance with the Constitution and state laws.

[…] The report also accuses China of societal discrimination of Uyghur Muslims and Tibetan Buddhists, a claim distorting the truth in every way.

[…] Against the backdrop of the recent clash between white supremacists and their opponents, the U.S. accusations against China simply lay bare the double standard it employs.

[…] Therefore, Washington should end its political bigotry against China and stop interfering in China’s domestic affairs by issuing inaccurate reports one year after another. [Source]

As has been the case in years past, the China section of the 2016 State Department report details instances of the government’s continued exercise of control over religion despite the PRC constitution’s enshrined protection of “normal religious activity.” The report describes the varying degrees of religious freedom by province/region; the state’s requirement for all believers to register with sanctioned “patriotic religious associations”; limitations on Muslim garb, Beijing’s seeking of the forcible return of Uyghur Muslims from abroad and restricting travel for Xinjiang-based Uyghurs, tightening security in Xinjiang amid a crackdown on terrorism in the region; the continuation of a wave of protest by self-immolation by Tibetan Buddhists; claims from Falun Gong that 80 practitioners died in or shortly after being released from custody this year; and detailed at great length persecution of both registered and unregistered Christians, including the alleged murder of church pastor Li Jiangong and his wife as they were trying to prevent a church demolition as well as the harassment of church leaders and demolition of crosses and churches in Zhejiang.