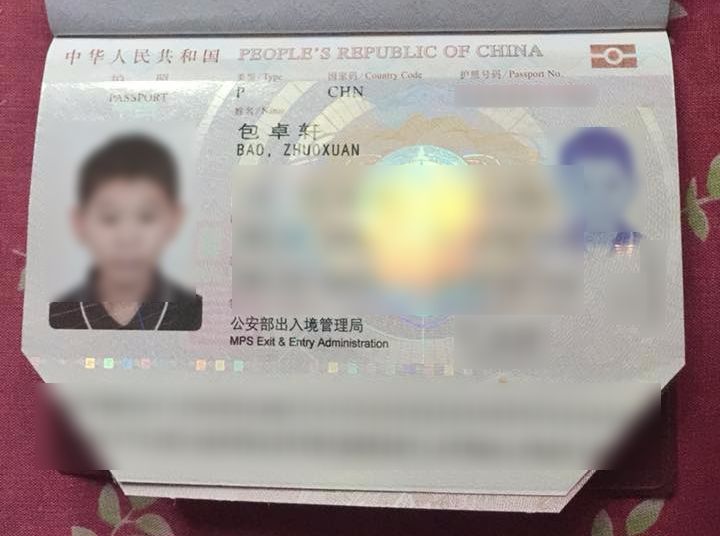 When human rights lawyer Wang Yu was detained at the start of the “Black Friday” or “709” crackdown on July 9, 2015, her husband, Bao Longjun, and son, Bao Zhuoxuan, were prevented from leaving China on a flight to Australia where the younger Bao planned to study. Later, while both his parents were in prison on charges of subversion (Wang Yu) and inciting subversion (Bao Longjun), Bao was detained in Myanmar where he was traveling en route to the U.S. For the past two years, Bao has been living under tight surveillance in Inner Mongolia with his grandparents. This week, now 18-year-old Bao was on his way to visit Japan when he was detained at the airport again, where officers destroyed his passport. Austin Ramzy of The New York Times reports:

Mr. Bao had been planning to travel in Japan for two weeks to celebrate having successfully taken a test to study abroad, according to his father, Bao Longjun. The family had recently been allowed to return to Beijing after spending two years under strict surveillance in the Chinese autonomous region of Inner Mongolia.

The authorities had returned the teenager’s passport, and he was able to obtain a visa to go to Japan. But on Monday he was stopped and held while passing through immigration at the Tianjin airport. The corners of his passport were also cut, rendering it invalid.

“They said there was a possibility my son could harm state security,” the older Mr. Bao said. “He’s 18. How could he harm national security?” [Source]

Catherine Lai at Hong Kong Free Press has more about the circumstances of Bao’s treatment:

“Right in front of me, they forcibly cut the corners of the passport,” Bao quoted his son as saying. “I hurriedly said, let’s talk about this, don’t cut my passport, but they ignored me.”

The officials also said that the orders came from the domestic security department in Inner Mongolia and had nothing to do with them. Afterwards, they returned the passport and allowed Bao Zhuoxuan to leave.

Bao added that the family plans to sue over the incident. He said that his son had completed his IELTS standardised English-language tests and was awaiting an acceptance letter from The University of Melbourne in Australia.

“The child was full of expectations and hope – from hope to disappointment, broken again and again – what crime did he commit to be persecuted again and again by this government?”

RFA reports that the younger Bao has been “noticeably depressed with no appetite” since being prevented from traveling.

Wang Yu and Bao Longjun were released from prison on bail in August 2016. One of Wang’s lawyers, Li Yuhan, has also been imprisoned. Wang Yu’s account of her mistreatment in prison is part of a new compilation, The People’s Republic of the Disappeared: Stories From Inside China’s System for Enforced Disappearances, by Michael Caster. China Change has posted an excerpt of Wang’s chapter from the book:

I was also considering another problem. Although they were all working together to hurt me, I was too weak to take them all on. I didn’t have enough energy to argue with them about their illegal behavior. This place was totally isolated: any law, report, accusation, procuratorate were all so far away.

That evening, I couldn’t stand it anymore. While they were still trying to persuade me to speak with them, I slowly felt my heart constrict, my breath became short, I felt dizzy. My body couldn’t hold out any more. It was so painful I felt like I was going to die. My consciousness was slowly slipping away. My body fell from the chair. The interrogator dragged me back onto the chair. To prevent me from slipping out again, he restrained my chin and shackled my legs. They called in a woman who looked like a doctor. She opened my eyes, said I was okay, and then walked out.

At that point, Chief Wang [the chief interrogator] said: “If you die here, you will just become another Cao Shunli.”

Indeed, I felt that I was dying. I had entered an empty state; a pain that is hard to describe. I couldn’t breathe. I felt pain in every part of my body. I felt that my soul had already drifted away. That day, I thought, I really was like a dead person. I spent another sleepless night strapped in the chair. [Source]

Cartoonist Ah Ping honored detained lawyers and other political prisoners with an image captioned: “The harsh winter is here. But can shackles really lock up the coming spring?” The axed stumps read “Liu Xiaobo,” “Li Wangyang,” and “Yang Tianshui,” all dissidents or activists who have died while in detention. “709” on the tree refers to the lawyers detained in the 2015 crackdown.

Of the dozens of lawyers and activists detained in 2015, several were sentenced while others were released, often after making public “confessions” on state television.

Two songwriters, Xu Lin and Liu Sifang, who earlier expressed support for rights lawyers detained in the “Black Friday” crackdown, were detained in September after writing a song in support of late Nobel laureate Liu Xiaobo. Xu has been charged with “picking quarrels and provoking trouble” while Liu was released, according to Radio Free Asia. Xu and Liu’s song in honor of the detained lawyers was posted by The New York Times in 2015: