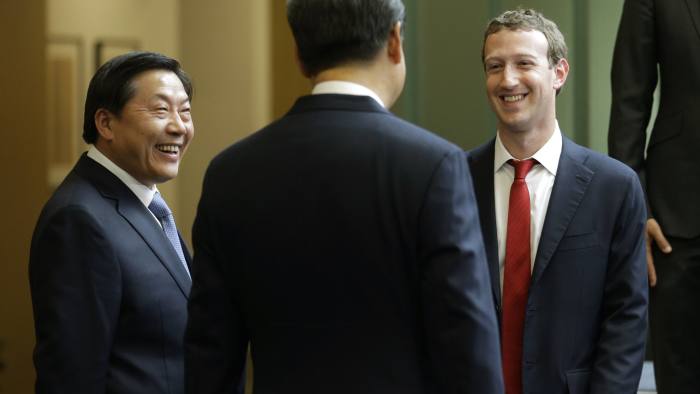 Former cyberczar Lu Wei, who previously served as head of the Cyberspace Administration of China, is currently under investigation for “serious violations of discipline,” a Party code phrase for corruption. The fate of Lu, who led a tightening of internet controls during his tenure, has been unclear since he was suddenly replaced over a year ago by Xu Lin. Since leaving CAC, Lu has retained his title as deputy propaganda minister. Li Zizhen and Li Rongde report for Caixin:

Lu Wei, a deputy director of the party’s Publicity Department, is under investigation for “serious violations of party discipline,” a party euphemism for corruption, the Central Commission for Discipline Inspection (CCDI) said Tuesday. The statement didn’t elaborate on the nature or extent of his alleged irregularities.

Several of Lu’s associates and officials in charge of regulating online services have also been taken into custody by CCDI investigators for questioning, people briefed about the probe told Caixin.

Lu, 57, was last seen in public on October 24, when he visited Yan’an University in Yan’an, a city in Shaanxi province baptized as “the birthplace of the revolution” by Chinese communists. [Source]

Lu’s abrupt removal from the helm of the internet regulator in June 2016 – keeping only his party post as a deputy chief of the propaganda department without a portfolio – had fuelled speculation over his political fate.

“Along with six other people, either his colleagues or family members, Lu Wei has been taken away for investigation a few days ago,” a well-placed source in Beijing told the South China Morning Post. Lu’s secretary, driver and two medium ranking officials also had been questioned, according to the source.

[…] It remains unclear at this stage, according to the first source, what mistakes Lu had made and whether he would eventually be prosecuted. [Source]

Lu is the most senior official to be taken down by corruption since President Xi Jinping started his second term as General Secretary of the Communist Party at the 19th Party Congress in October. During his tenure at CAC, he made headlines for his flamboyant and direct approach, especially while negotiating with foreign tech executives, including Mark Zuckerberg of Facebook and Tim Cook of Apple. He is especially known for his colorful language, notably pronouncements that the internet “must have brakes” and, in responding to queries about the blocking of Facebook and other foreign sites, that China could “choose who can come to our home and be our guest.” At The New York Times, Chris Buckley and Paul Mozur write about Lu’s working style:

After his appointment to run the Cyberspace Administration of China in 2014, Mr. Lu became an outspoken and intimidating gatekeeper of China’s internet. With his speeches and flamboyant dressing down of technology companies, he became an emblem of China’s increasingly unapologetic internet controls.

[…] To quell what was perceived as a freewheeling social media, Mr. Lu went after some of the country’s biggest internet personalities. At private dinners he threatened them, and on national television he scolded them. He also limited the functions and purged many of their accounts.

Yet his high profile was also a liability.

In China, government officials are generally dull and predictable, and Mr. Lu stood out, and often raised eyebrows. Even as his star was rising, rumors swirled about his possible fall from grace. At the World Internet Conference he helped create, he could be seen smoking cigars with a Cuban telecom official and power-walking in sweats for exercise in the morning. [Source]

In a 2014 profile, New York Times’ Mozur and Jane Perlez wrote that Lu, “demonstrated a canny awareness of the power of the Internet and social media, while also proving adept at the far older art of manipulating public opinion to benefit the party.” Lu led a tightening of already stringent restrictions on online activities, while also promoting Beijing’s concept of “internet sovereignty,” or the maintenance of national cyberborders. As James T. Areddy and Chun Han Wong report for The Wall Street Journal, internet policy is unlikely to change with Lu’s fall from grace:

Mr. Lu’s apparent downfall is unlikely to herald a change in China’s cyberpolicies, as the strategies he helped articulate—strict enforcement of internet and media controls, plus a strong domestic technology sector, all under the party rubric of “cyberspace sovereignty”—have only been heightened since his removal as internet czar.

[…] Many of the internet policies that first emanated from Mr. Lu’s office continue to have ramifications internationally. Before he left the internet agency, he told visitors he had the president’s ear and said China deserved a major role governing the world-wide web, given its massive internet user base and its powerful players like Alibaba Group Holding Ltd .

The Cyberspace Administration, a part of the governing State Council, centrally coordinates internet policy among different government agencies and is credited with pushing policies that include requirements to buy and develop technology domestically.

Mr. Lu has kept a low profile year since he lost his key internet regulatory position last year, but China’s state controls online have continued to sharpen and theories he promoted about the need for more official internet oversight have gained supporters elsewhere, including in Washington. [Source]

Internet policies under Lu Wei were set to song at an industry Lunar New Year celebration in 2015, as CAC staff sang an ode to internet controls (lyrics translated by Tech in Asia):

I like to imagine somewhere in a concrete cell a mournful Lu Wei is looking up at the stars and playing a melancholy rendition of Wangluo Qiangguo on a harmonica. https://t.co/BG9KYZzDhF

Read more about Lu Wei, including his “four rules for being a good netizen,” via CDT.