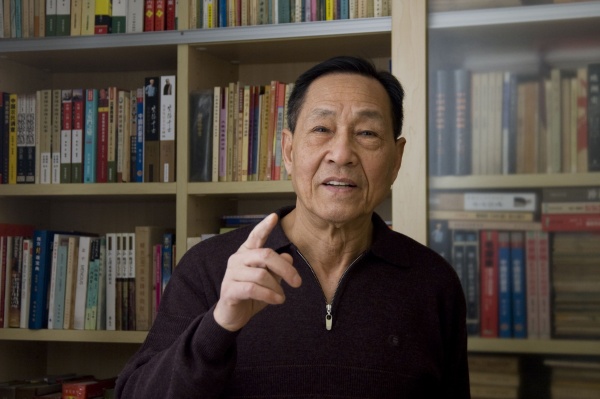 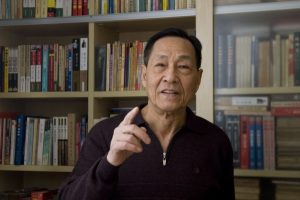 Bao Tong is a former high-ranking CCP official and close aide to ousted Premier Zhao Ziyang who has become an outspoken critic of the government in recent years. After serving a seven-year prison sentence in isolation in the wake of the 1989 government crackdown on pro-democracy protesters, Bao has been subject to continuous surveillance and virtual house arrest. Despite this, he has continued his open critique of the Chinese government and CCP policy, as well as his advocacy for the rehabilitation of Zhao Ziyang’s reputation.

Bao was born in Haining, Zhejiang in 1932, but spent much of his formative years in Shanghai. A 2009 interview with the Financial Times’ Jamil Anderlini outlines further details about Bao’s early years. He was the son of a factory worker, and was exposed to left-wing political thought at an early age by two of his uncles who were prominent intellectuals. He met his wife-to-be, Jiang Zongcao, in high school in Shanghai. Jiang convinced Bao to join the Chinese Communist Party in 1949, the same year it took control of the state following the Chinese Civil War between the CCP and the Kuomintang. Bao quickly rose through the Party ranks, but was denounced during the Cultural Revolution and sent to do labor in Manchuria. After the Cultural Revolution, he was politically rehabilitated, and became a top aide to liberal reformer Zhao Ziyang during his premiership (1980-1987) and short tenure as CCP General Secretary (1987-1989).

On May 28, 1989—just days prior to the fateful military crackdown on pro-democracy protesters on June 4th—Bao was placed under arrest for allegedly leaking the central government decision to declare martial law to a student protester, and became the highest ranked Chinese official to be jailed in relation to the June 4 crackdown. He was released from prison in May of 1996 on completion of a seven-year sentence for “revealing state secrets” (served mostly in isolation at Qincheng Prison), and then held in a government compound outside of Beijing for an additional year. After release from the compound, Bao has lived under continuous surveillance and virtual house arrest until the present.

Despite the close watch of authorities, Bao has been consistently outspoken on political issues, frequently speaking to the foreign press on controversial issues such as the Dalai Lama, Chinese authoritarianism, the legacy of the Tiananmen crackdown, and systemic corruption in China. Bao was one of the original signatories of the Charter 08 manifesto, which Liu Xiaobo was sentenced to 11 years in prison for co-authoring. Just prior to Liu’s death during late-stage treatment of liver cancer, Bao criticized the government for its responsibility in allowing Liu’s imminent passing: “The progress of liver cancer from the initial stages to coma is not a short process. […] It takes a number of years, and the authorities would have kept this from the prisoner for all that time. I think this was done deliberately.” In November 2017, after Xi Jinping’s power was consolidated with his name and ideological theory being entered into the CCP charter, Bao urged the top leader to look to Chinese and PRC history for lessons on the futility of attempting to regulate the thoughts of an entire nation.