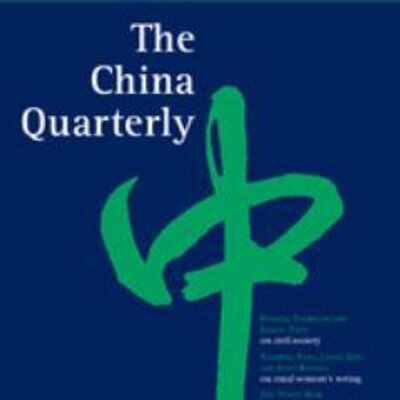 In recent years, educational exchanges between China and western countries, notably the United States, the United Kingdom, and Australia, have increased at a rapid pace. About 350,000 Chinese students study at American colleges and universities, while 91,000 are in the U.K. At the same time, the Chinese government has launched 516 Confucius Institutes in more than 140 countries. Increasingly, official Chinese efforts to limit access to information and to guide the narrative about Chinese politics and history are causing friction as they run up against a tradition of academic freedom in the west. Recently, this friction has played out in China’s efforts to censor western academic journals, including the Cambridge University Press’ China Quarterly, Springer Nature journals, and others. Censorship of translated books published in China has also led to debates about how foreign writers should make their work accessible to Chinese audiences. Confucius Institute programs have also come under attack and in some cases have been closed at U.S. host universities after concerns were raised about the compromising of academic freedom in their curriculum and teaching methods. Western academics who regularly travel to China for research also find that official restrictions on their access to information limit their work. Foreign publishers and academics are now discussing and debating how best to handle Chinese censorship. Tao Zhang writes in Times Higher Education:

Some academic publishers, admittedly, are taking a firmer stance against any Chinese interference, but the fear must be that, without a concerted response, a core principle of academic integrity might simply fall by the wayside. As Kevin Carrico, lecturer in Chinese studies at Macquarie University, put it in a recent essay , “these types of attacks on academic freedom for access to the China market could gradually become the new normal for all of us: shocking the first time, but gradually something to which we will all grow accustomed”.

China’s strategy, moreover, may be extending beyond academic publishing. The censorship methods employed by the party are “much more pervasive and subtle than the widely recognised explicit demands”, observes Christopher Balding, associate professor of business and economics at the Peking University HSBC Business School in Shenzhen. In a recent piece on Chinese “soft power” for the China Policy Institute’s online journal, he argues that Chinese government-funded research centres at prestigious universities in the US and Europe will be unlikely “to accept research critical of government policy”, and he notes that Confucius Institutes have already used their “influence to censor discussion abroad of sensitive topics like Tiananmen Square, Tibet, Taiwan and human rights”.

The hesitancy across many of the key institutions of Western higher education – from publishers and universities to governments themselves – about confronting the new assertiveness of China perhaps signals a failure to comprehend the full extent of the challenge that it poses. The “New Era” of global expansion that President Xi and Minister Chen envision is one in which the subservience of freedom of expression to the demands of the state is a fundamental ideological tenet. If this ideology is no longer to be contained within the borders of China, the game is dramatically changing. As Jonathan Sullivan, director of the China Policy Institute at the University of Nottingham, recently tweeted: “I’m afraid we [in the West] are totally unprepared for the export of Chinese government ways and means”. [Source]

As academics grapple with how to handle their own research, interact with Chinese students, how and what to publish, and what to expect from their universities in terms of countering Chinese censorship, some are calling for a set of standards to guide such behavior. Elizabeth Redden writes in Inside Higher Ed:

“We need some open statements or standards, guidelines, about how these situations should be dealt with, and we don’t really have that,” [James] Millward said. “There’s this kind of general sense of what academic freedom is and so on and so forth, but universities just want to go forth alone.”

In the congressional hearing last month, the final question, which came from Senator Rubio, had to do with just this issue. “Are any of you aware of efforts, whether it’s in academia or entertainment or anywhere, for universities, for example, to come together and confront this threat to academic freedom, establish some level of standards about what they will and will not do in the universities, a collective effort to affirmatively say, ‘We don’t care if you’re going to deny us trips and access to the marketplace or even to students or to exchanges or the ability to have campuses in the mainland; we are not going to allow you to pressure and undermine academic freedom’?” Rubio asked.

Among the witnesses who replied was [Sophie] Richardson, from Human Rights Watch. “Just by chance I happened to spend Sunday morning with a group of China-focused U.S. academics, and this issue dominated our conversation,” she said. “I think it’s fair to say that there’s enormous interest in having some sort of set of principles or code of conduct, but I think there’s also a recognition of how difficult it would be to get institutions to sign on to that for fears about loss of funding or the desires of fund-raisers or administrators versus the interests of faculty. But I think there is momentum to capitalize on.” [Source]

For Democratic Audit, University College Dublin’s Alexander Dukalskis writes up recommendations for publishing houses, universities, and his fellow academics in dealing with China:

Ultimately, what is to be done? First, leaders of universities and publishing houses need to firmly and publicly stand up for academic freedom. They should say early, often and publicly that the university places free inquiry at the centre of its engagement with China. If this offends CCP partners, then so be it.

Second, universities should re-evaluate their relationships with Confucius Institutes, particularly given the CCP’s more aggressive turn under Xi Jinping. Confucius Institute contracts sometimes have clauses that call for re-evaluation every so often and universities should take advantage of these opportunities. Ideally, universities would use such clauses to terminate their relationships with CIs and CI-affiliated “research” institutes. Short of that, they could press for terms relating to academic freedom to be included and for the activities of CIs to be strictly restricted to language instruction.

Third, individual academics should consider boycotting peer review and submission for presses that censor their catalogues for the Chinese market. Publishing houses rely on the mostly free labour of academics to generate their products. Scholars therefore have some leverage to influence the situation. In a petition that is still open, more than 1,000 have already signed up to boycott reviewing for publications that censor their content for the CCP.

It is incumbent on university leaders, publishing houses, individual academics, and the general public to preserve free inquiry when it comes to China. [Source]

At the same time, some people caution that labeling “Chinese influence” with too broad a brush will launch a backlash against individual Chinese students and scholars. Elizabeth C. Economy writes for the Council on Foreign Relations about the various spheres of influence that the Chinese government is wielding over U.S. institutions, but also warns against taking the concerns too far:

While the United States seeks to understand and curtail opportunities for the Chinese government to influence U.S. political discourse through think tank and university scholars, it should ensure that facts trump rumors and avoid overreacting. In the current divisive and amped-up U.S. political environment, there is significant danger that educational institutions, think tanks, and scholars will be caught up in a rush to root out Chinese influence. There is an added danger, as well, that these investigations are merely the tip of the iceberg—that the United States will soon be embroiled in a witch hunt that will ensnare unsuspecting and innocent Chinese students and scholars, as well as the larger community of Chinese-Americans. The United States has experienced many waves of anti-foreign hysteria, only to be followed by a deep sense of shame once cooler heads prevail. We have seen this movie before and it does not end well; there is no need to play it again. [Source]

Read more about academic freedom and China’s efforts to export censorship, via CDT.