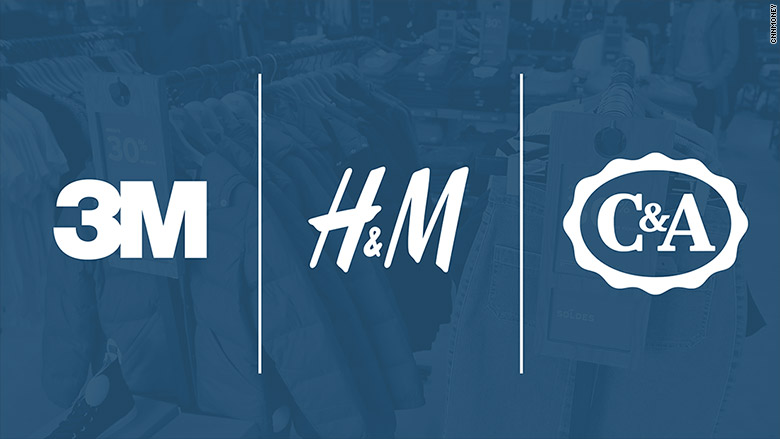 In 2013, Peter Humphrey and his wife Yu Yingzeng, fraud investigators who ran the ChinaWhys firm, were charged with “illegally acquiring personal information” of Chinese nationals after conducting an investigation into suspected wrongdoing at GlaxoSmithKline. Humphrey and Yu were later sentenced to two and a half and two years in jail, respectively. Both were released early in 2015 and returned to Britain, where Humphrey was diagnosed with prostate cancer.

Humphrey recently wrote a detailed account for the Financial Times of his time in prison, describing the prison conditions and harsh treatment doled out to him and his cell mates. He also says he saw prisoners making products for international companies. From his piece:

The prison was a business, doing manufacturing jobs for companies. Mornings, afternoons and often during the after-lunch nap, prisoners “laboured” in the common room. Our men made packaging parts. I recognised well-known brands — 3M, C&A, H&M. So much for corporate social responsibility, though the companies may well have been unaware that prison labour was part of their supply chain. Prisoners from Chinese cell blocks worked in our factory making textiles and components. They marched there like soldiers before our breakfast and returned late in the evening. The foreigners who laboured in my cell block were Africans and Asians with no money from family, and no other way to buy toiletries and snacks. It was piece work; a hundred of this, a thousand of that. Full-time, they earned about Yn120 (£13.50) a month. But it was also about points. There was a sentence-reduction system based on points earned through labour — work such as floor cleaning, food serving, teaching and approved study. Snitching also earned favourable treatment. [Source]

In an article for Quartz, Marc Bain looks at the legality of using prison labor to produce goods:

[…] Even so, many international brands do not allow prison labor in their supply chains. It can veer dangerously close to forced labor—which is why the ILO keeps clear guidelines on when the practice is acceptable. But it can be near impossible to make sure these rules are followed, which is why the Ethical Trading Initiative says companies would be “foolish” to believe that prison labor complies with ILO standards.

Many companies don’t allow it in their supply chains at all. H&M requires its supplier factories to sign a commitment that explicitly says “forced labour, bonded, prison or illegal labour is not accepted.” [Source]

In response to Humphrey’s claims, all three companies have issued statements saying they will investigate the accusations. From Reuters:

“We have a zero tolerance policy for any form of modern slavery including forced, bonded or prison labor. If we detect a case, we immediately terminate our relationship with the supplier,” Hogue said in an emailed statement.

[…] An H&M spokeswoman said the Swedish company was looking into the allegations, but could not yet say whether they were true.

[…] 3M, which also has policies prohibiting the use of forced labor, also said it was investigating the report.

“3M does not engage or participate in exploitative working conditions, and we are not aware of any 3M suppliers in China using prison labor,” a spokesman said. [Source]

Prison labor is abundant in China, and is suspected to be the source of many of China’s exports. Yet it is notoriously difficult for human rights groups and trade officials to ascertain whether such labor is forced. In 2013, the Chinese government announced the reform of the controversial “reeducation through labor” system, through which individuals could be sentenced to labor camp for up to four years without trial. But the current status of the reeducation camps is unclear as concerns have been raised that while the names may have changed, the functionality of the camps remains the same.

Last year, the U.S.-China Economic and Security Review Commission issued a report on the use of prison and forced labor in China which explored the implementation of the abolition of the RTL system. From the Executive Summary:

China maintains a network of prison labor facilities that use forced labor* to produce goods intended for export—a violation of U.S.-China trade agreements and U.S. law. U.S. officials continue to face considerable difficulty in combating exports of these forced labor products, since cooperation from Chinese interlocutors has remained at low levels for years. U.S. Immigration and Customs Enforcement (ICE) agents have not been permitted to make site inspections in China since 2009, and Chinese officials still routinely deny the suspected forced labor is occurring, claiming the factories in question do not exist or that they do not make the products in question. The status of the planned abolition of the Chinese “re-education through labor” (RTL) system is uncertain. Some reports indicate forced labor continues to occur at these sites but under a different penal framework. [Source]