Long Arm of Chinese Law May Reach into U.S. 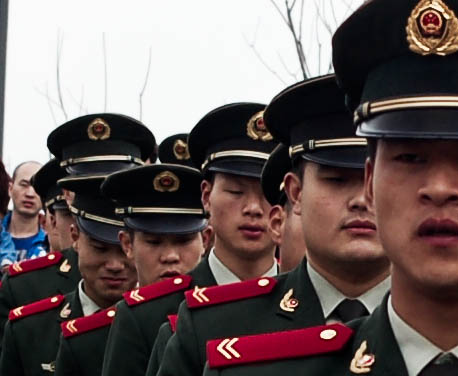 In January, Swedish citizen Gui Minhai was detained while traveling by train from his hometown Ningbo to Beijing for medical treatment. Gui had previously been detained in 2015 while traveling in Thailand and his whereabouts were not known until he was shown “confessing” on CCTV. The exact circumstances of his detention are unclear. Gui was one of five employees of the Causeway Bay Booksellers and Mighty Current publishing house in Hong Kong who were detained in 2015, some from Hong Kong. Also in 2015, Bao Zhuoxuan, the teenage son of rights lawyer Wang Yu, disappeared from a guest house in Myanmar and later was put under house arrest at his grandparents house in Inner Mongolia. In January 2017, it was reported that business tycoon Xiao Jianhua, also a Canadian citizen and Hong Kong permanent resident, had been abducted in Hong Kong and likely put under police custody in China.

These cases are examples of a new tactic by the Chinese government to act outside their own borders to detain individuals whom they believe have broken Chinese law. As part of Xi Jinping’s anti-corruption crackdown, authorities have launched a campaign to return corrupt officials and wealthy businesspeople to China after they flee abroad. But sometimes similar tactics are used against political dissidents or their relatives. The Economist reports:

Fugitives from China used to be mainly dissidents. The government was happy to have them out of the country, assuming they could do less harm there. But since Xi Jinping came to office in 2012 and launched a sweeping campaign against corruption, another type of fugitive has increased in number: those wanted for graft. Though they do not preach democracy, they pose a greater threat to the regime. Most are officials or well-connected business folk, insiders familiar with the workings of government. And in the internet age it is far easier for exiles to maintain ties with people back home.

So China has changed its stance, and started to hunt fugitives down. It has managed to repatriate nearly 4,000 suspects from some 90 countries. It has also recovered about 9.6bn yuan ($1.5bn). Still, nearly 1,000 remain on the run, according to the Central Commission for Discipline Inspection, China’s anti-graft watchdog.

The problem is that only 36 countries have ratified extradition treaties with China. France, Italy, Spain and South Korea are among them, but few other rich democracies. It is easy for Chinese suspects seeking refuge abroad to argue that they will not get a fair trial if returned home, since the government does not believe that courts should be independent. Last year the country’s top judge denounced the very idea as a “false Western ideal”. What is more, China has thousands of political prisoners. Torture is endemic.

These failings have forced the Chinese authorities to resort to less-straightforward methods to bring suspects home. Typically, they send agents, often travelling unofficially, to press exiles to return. The tactics involved are similar to ones used at home to induce people to do the Communist Party’s bidding. Many are subjected to persistent surveillance, intimidation and even violence. Occasionally, Chinese agents attempt to kidnap suspects abroad and bring them home by force. [Source]

In a lengthy report for Foreign Policy, Zach Dorfman investigates suspicions that Chinese authorities have used extralegal means to kidnap, detain, or otherwise forcefully compel targets to return to China, where they face almost certain jail time. Some suspect that they have used these methods in the United States, though no cases have yet been proven:

Over the years, the cases have started to pile up. In 2002, Wang Bingzhang, a prominent pro-democracy activist, was seized in Vietnam by Chinese operatives and thrown into prison on the mainland, where he remains to this day. Two years later, another well-known dissident, Peng Ming, was kidnapped in Myanmar and jailed in China; in late 2016, he died under suspicious circumstances in prison.

Now, however, Beijing’s policy of forcibly repatriating people it considers Chinese nationals — some of whom are in fact citizens of other countries — appears to be accelerating. Powerful businessmen, ex-Chinese Communist Party officials, dissidents, and activists have all been targeted as part of what Western intelligence officials say appears to be a large-scale campaign.

These abductions have become prevalent enough that officials at the U.S. State Department are growing concerned — though they have yet to raise the subject formally with Beijing. The issue “is being talked constantly about at the top,” says one current State official, who has asked not to be named because they are not authorized to speak publicly on the issue. The official notes a recent cable focusing specifically on Chinese renditions in Southeast Asia.

[…] There is greater consensus among U.S. intelligence officials, however, that China has engaged in these extreme pressure campaigns, which include outright threats to individuals or their families, in order to compel U.S.-based Chinese nationals to return. One such case, according to the former intelligence officials, involved a Chinese graduate student enrolled at the University of California, Berkeley at the time of their disappearance about five years ago. There was “evidence of this person being taken against their will,” says one of the former intelligence community officials. (Another victim was based in the Pacific Northwest, former officials say, and a third case involved an individual in the Boston area, says one source.) [Source]

Some Chinese living abroad, especially members of the Uyghur minority, have also been subjected to Chinese intelligence gathering and intimidation tactics.