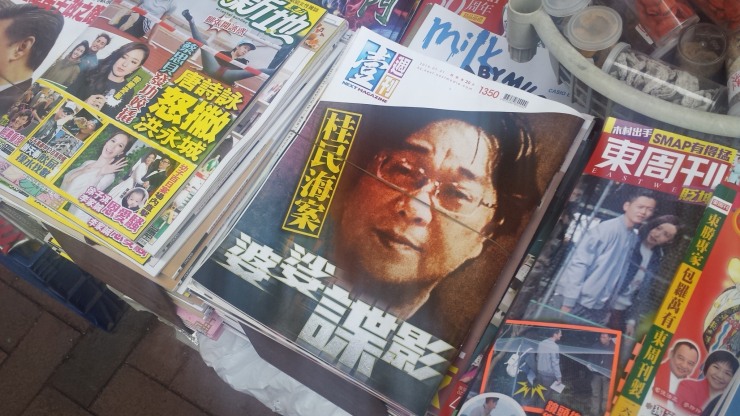 On October 17, 2015, Chinese-born Swedish citizen Gui Minhai mysteriously disappeared from his summer home in Thailand, and months later appeared on Chinese state television delivering what was widely believed to be a forced confession for a decade-old hit-and-run. Gui is a co-owner of Hong Kong-based Mighty Current Media and its Causeway Bay bookstore, a company that specialized in publishing salacious titles on mainland officials. Four other Hong Kong-based people associated with the company also disappeared in the autumn of 2015 to emerge in Chinese custody, but have since been released (one of whom, Lam Wing-kee, later delivered a press conference in Hong Kong, describing his detention, forced confession for crimes he didn’t commit, and subjection to solitary confinement). The detentions of the five Hong Kong booksellers and publishers stoked concerns over the rule of law in the semiautonomous region, and also drew attention to Beijing’s practice of using cross-border detention to silence critics abroad. Two years after his initial disappearance, Chinese authorities last week notified Swedish diplomats that Gui Minhai would be released, but neither the diplomats nor Gui’s family have been in touch with the supposedly released prisoner. At The New York Times, Austin Ramzy reports:

Swedish diplomats said they had been told by China’s Ministry of Foreign Affairs that Mr. Gui would be released on Oct. 17, his daughter, Angela Gui, said in a written statement Tuesday. But when diplomats went that day to the place where he was being held, they were told he had been released at midnight, she said.

Ms. Gui said she had not heard from her father since, nor had any of his friends or other family members. She wrote that the Swedish Consulate in Shanghai reported receiving a call on Monday from a Swedish-speaking man who claimed to be Mr. Gui, and who said he would apply for a passport in one or two months but first wanted to spend time with his ailing mother.

“To my knowledge my grandmother is not ill,” Ms. Gui wrote. “My father is not in fact with her. It is still very unclear where he is. I am deeply concerned for his well-being.”

The Chinese Foreign Ministry said Tuesday night in a written reply to faxed questions that Mr. Gui was released on Oct. 17 after completing his sentence for a crime related to a traffic accident. But it did not answer a question about his current whereabouts. […] [Source]

On Twitter, Gui’s daughter published a press statement in which she claims that to have not yet heard from her father:

Here it is for those of you who have not seen it. This is all I know. pic.twitter.com/6DnrVO2mvZ

Also on Twitter, Sweden’s Foreign Affairs Minister Margot Wallström solicited any further information about the release and whereabouts of Gui. At The Guardian, Tom Phillips recalls Angela Gui’s earlier words on her father’s imprisonment, and quotes Amnesty International’s Patrick Poon on the likelihood that Gui has truly been released:

Writing in the Guardian in June, Gui’s daughter said his only “crime” had been to publish and sell books that were critical of the central Chinese government.

“So paranoid is Beijing about its public image that it chooses to carry out cross-border kidnappings over some books,” she wrote. “My father’s case is only one of many that illustrate the death of the rule of law in Hong Kong.”

Patrick Poon, a Hong Kong-based activist for Amnesty International, said: “The news of Gui Minhai’s release is positive but must be treated with caution. It remains to be seen if he is genuinely free. At every step the authorities have shown a flagrant disregard for due process, from when he went missing to the so-called TV confession.

“The system is designed to break people and force them to go along with the Chinese government’s version of events if they are to have any chance of being released. If Gui Minhai is truly free, he must be able to leave China if he wishes and contact his family, free from any harassment of the Chinese government.” [Source]

With no parties other than Chinese authorities so far able to verify the release of Gui, it appears possible that he is subject to what NYU law scholar Jerome Cohen calls a “non-release ‘release’, which usually means formal release from prison into another form of coercive confinement.” Pen America had released a statement calling for China to provide proof that Gui is truly free:

China must unambiguously establish the whereabouts of Swedish publisher Gui Minhai and demonstrate to the world that he is—as they claim—free from detention, PEN America said today.

[…] “It is impossible to believe that Gui Minhai is free when he has not contacted his family or friends, when he has not been seen by anyone, and when his whereabouts are not publicly known,” said James Tager, Senior Manager of Free Expression Programs at PEN America. “Chinese authorities cannot simply claim that Gui is free without evidence. We have called for Gui’s freedom during the months and years that he has been in illegal detention, and we will continue to call for it now.” [Source]

At Reuters, Johan Ahlander, Ben Blanchard, and James Pomfret quote Lam Wing-kee, the formerly detained colleague of Gui’s who detailed his detention after his release. Lam said he is also unaware of Gui’s whereabouts, and fears that Xi Jinping’s second term will see further erosion of Hong Kong autonomy:

The report of Gui’s release coincides with the end of China’s 19th Communist Party congress which has further consolidated President Xi Jinping’s power.

Lam Wing-kee, one of the other four booksellers, told Reuters he did not know Gui’s whereabouts.

Lam said he feared the government of Xi would further erode the “one country, two systems” formula that is supposed to guarantee Hong Kong a large degree of autonomy under Chinese rule.

“He (Xi) will continue to tighten things (for Hong Kong). There will be no loosening,” he said. [Source]

Meanwhile, amid concerns of the further erosion of Hong Kong’s “one country, two systems” principle, Joshua Wong and Nathan Law have been released on bail to appeal their prison sentences. The two young democracy activists, along with several peers, were handed prison sentences in August for their roles in the 2014 “Umbrella Movement” in August. The New York Times’ Alan Wong reports:

The Hong Kong democracy activists Joshua Wong and Nathan Law were released from prison Tuesday after the city’s highest court granted them bail to appeal sentences for what their supporters called political prosecution by the government.

[…] The length of the sentences left the young protest leaders ineligible to seek public office for five years, prompting a huge protest in which supporters called them political prisoners. [Source]

It remains unclear whether their appeals will be accepted, and the activists may return to prison for the remainder of their terms. Wong, who is also the head of the newly established pro-democracy and HK self-determination political party Demosistō, has pledged to continue fighting for democracy in Hong Kong regardless of the result, and to use both his newfound freedom and his potential future imprisonment to continue his activism. From the Hong Kong Free Press’ Kris Cheng:

“Although I obtained temporary freedom, there is a chance that I will go to jail again this year,” he said. “Regardless, we will face suppression under the authoritarian regime calmly.”

[…] “This may not be the first time we go to jail, there may be more young people going to jail in the future – but we will press on with our beliefs and fight together on the path to democracy.”

[…] “At the same time, Demosisto will use the time to plan for the Hong Kong Island area by-election,” he said. Law, the party’s former legislator, was disqualified by the court in July.

“We will use our methods, with our determination, to retake our lost seat,” Wong added.

[…] Wong turned 21 whilst imprisoned and was transferred to an adult institution. He said the prison system forces inmates to follow orders and suppresses independent thinking: “I hope to continue to monitor the rights of teenage inmates.” [Source]