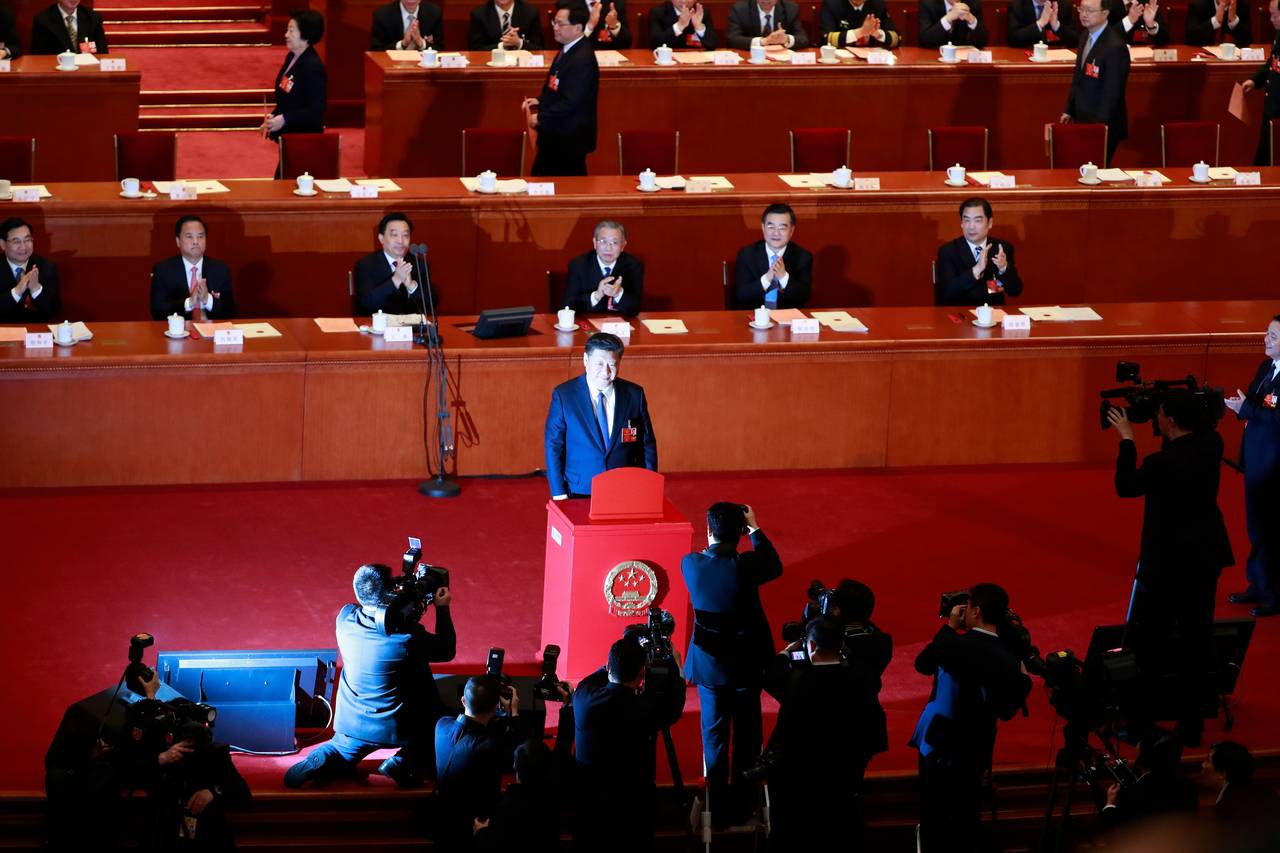 The Chinese parliament passed new legislation on Friday requiring “all of society” to honor party-approved revolutionary heroes and martyrs, making defamation a potential criminal offence punishable by law. (See a translation of the new law courtesy of China Law Translate.) The new legal provision builds on a clause that was included in the draft version of China’s first unified civil code unveiled in March of last year. The Washington Post’s Simon Denyer reports:

The “Heroes and Martyrs Protection Act” was passed by the Standing Committee of the National People’s Congress, China’s largely rubber-stamp parliament, and goes into effect May 1. It threatens unspecified “administrative penalties” or even “criminal sanctions” against those who damage memorials or “insult or slander heroes and martyrs.”

Yue Zhongming, a member of the standing committee, said at a news conference that although the law is not intended to restrict academic freedom, it does not give permission to harm the honor of the nation’s heroes.

[…] The law was first submitted for deliberation in December, with its final draft expanded to include a provision to punish people who “glorify acts of war or invasion.”

State media said that provision referred to a handful of Chinese who have taken to dressing up in Japanese World War II army uniforms and photographing themselves at famous wartime sites or memorials. The so-called Spiritually Japanese movement is thought to comprise a small group of people fascinated with that country’s war-era militarism, a group that Foreign Minister Wang Yi referred to as “scum” at a recent news conference. [Source]

The law will extend the party’s longstanding control over historical narratives as President Xi Jinping seeks to bolster the political legitimacy of the CCP. It is the latest in a series of moves to sanitize history and guard against “historical nihilism,” or attempts to question the party’s redacted account of the past. An allegedly leaked discussion between Central Party School members highlights some of the justifications that have been given in defense of the Party’s monopoly on history and its “right to confidentiality.” From Chun Han Wong at The Wall Street Journal:

Enforcing control over Chinese history is a priority for President Xi Jinping, who has staked the legitimacy of Communist rule on claims that he and his ruling party are guiding China’s return to greatness.

Heroes and martyrs feature prominently in Mr. Xi’s propaganda campaigns, which often hark back to the party’s revolutionary roots. Officials have said that strong legislation is needed to promote patriotism and squelch “historical nihilism”—an official epithet for skepticism about the party’s contributions to China’s progress.

Public discussion of Chinese history is already curtailed by party oversight and the potential censure or dismissal of dissident scholars. The law will bring the threat of legal punishment into that environment. [Source]

The new legal provisions are expected to further silence debates and discussions on modern Chinese history. From Reuter’s Christian Shepherd:

Under Xi, attempts to reevaluate the core events and characters of the party’s revolutionary narratives have been met with fierce resistance and the party warns scholars repeatedly to shun “historical nihilism”.

Heroes and martyrs who gave their lives to the parties various causes fill museums across China and are featured in school textbooks to impart lessons of valor, loyalty and patriotism.

Disputing party history and questioning the deeds of heroes have already landed some historians in court.

A court ordered a former magazine editor to publicly apologize last year for two articles written in 2013 questioning the details of a well-known story about Communist soldiers fighting the Japanese in World War Two. [Source]

Prominent legal scholar He Weifang ended his social media presence last year following repeated attempts by authorities to shut down his Weibo, WeChat, and personal blog accounts after he commented on the changes to the civil code to protect the image of martyrs and heroes. According to the Wall Street Journal, He had written: “To uncover the true face of history in the spirit of seeking truth from facts, but to instead face accusations of malicious slander, that is horrifying. Real gold fears no fire, true martyrs have no need to worry about ‘being smeared.’ All their defenders need to do is present definitive evidence to back their claims. What are they afraid of?”