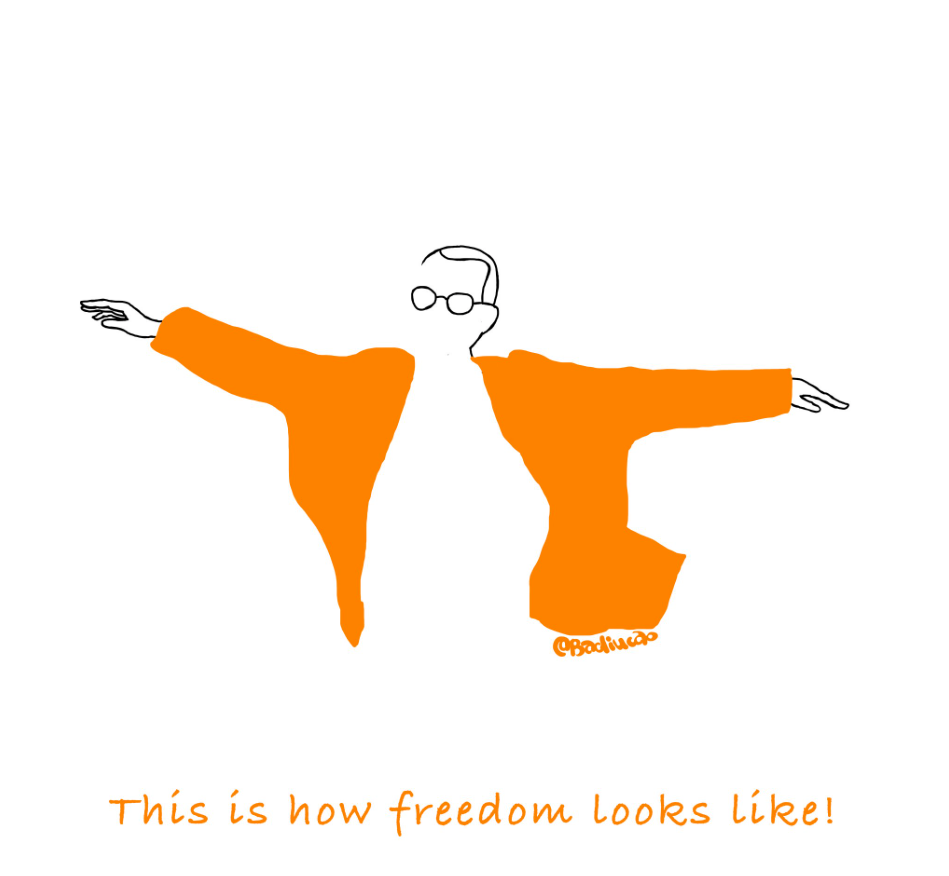 Liu Xia’s departure from China to Berlin three weeks ago appeared sudden after almost a year of frustrated hopes for her release from house arrest. As Mimi Lau describes in detail at South China Morning Post, however, it was the result of an "aggressive 15-month campaign of quiet German diplomacy" that began soon before the death of her husband, imprisoned Nobel laureate Liu Xiaobo.

But for quiet diplomacy to work, some concrete actions had to be taken “to prove that it is working, to convince your interlocutors that it is worth the effort” and “to keep the diplomatic apparatus busy and somehow satisfied”, she said.

“Of course, if there is no public pressure, then there is no incentive to act, and nothing happens. That means, you need to skilfully combine quiet diplomacy with public pressure – you really have to show that you are willing and able to escalate the problem. That’s precisely what the German ambassador did in the case of Liu Xia.”

[…] “I believe when Merkel came to China in May, she made it clear that Liu Xia’s case was a personal concern.

“At the level of chancellor, Germany can only raise utmost priorities, usually this means just one single case. She directly talked with Xi Jinping during her last visit. I would imagine she did it in a non-confrontational manner but the fact that she did it at all probably shocked him. No one else is doing it,” she said. [Source]

Amnesty International’s Patrick Poon discussed the combination of diplomacy and public pressure in a recent essay at Foreign Policy. His colleague Joshua Rosenzweig commented that "while ‘quiet diplomacy’ may have its place […] it usually succeeds only when there are others outside making lots and lots of noise."

If the strategy that led to Liu Xia’s release is viable in only a few, highly targeted cases, a blog post by NYU’s Jerome Cohen last week highlighted another approach that may be more widely if less decisively applicable: sanctions against individual officials under the U.S. Global Magnitsky Act and equivalent legislation elsewhere.

Amnesty has just issued a plea for urgent action on behalf of what remains of lawyer Jiang Tianyong. Amnesty’s announcement seems understated despite the large cap title. Jiang is exposed to more than the “imminent risk of torture and other ill-treatments”. He has in actuality long been suffering from such abuse that is designed to break him as a person, to destroy him both mentally and physically. And, as we know from many cases including those of Gao Zhisheng and Wang Quanzhang, this calculated campaign to end China’s human rights lawyering seems to be gradually thinning the ranks of human rights lawyers. The many, sometimes bizarre, procedural violations in Jiang’s case are a reminder of the realities of Chinese justice when it comes to those who challenge the regime. His captors should be investigated on charges of what may well amount to “attempted murder”.

[…] Despite Chinese Government maneuvers to gain control over the international human rights institutions and the current relative indifference of the U.S. Government to human rights issues, greater efforts must be made to try to stop the PRC campaign against human rights lawyers. One important, if largely symbolic, response would be for the U.S. to impose Magnitsky Act sanctions against those Chinese officials who are directly responsible for executing this notorious campaign, starting at the top of the Communist Party. [Source]

@eu_eeas @SweMFA
Yes! the Eu too. We also need targeted Magnitsky law sanctions against those who kidnapped, detained, tortured, and paraded (several times) #GuiMinhai, a citizen of Sweden and of our European Union. It is the logical next step if he is not immediately released

Magnitsky sanctions were also among Cohen’s prescriptions, posted on Tuesday, for pushing back against China’s current program of mass "re-education" in Xinjiang, alongside pressure at international bodies like the U.N.:

We are purposely being kept in the dark about the unique, massive detentions in Xinjiang, which have confined many hundreds of thousands of closely-settled people on many specious charges. Perhaps the last time so many people have been detained outside the formal criminal process was in the 1957-59 “anti-rightist” campaign where RETL was first used.

[…] Individual countries, of course, can take actions, which is why I recommend that the U.S. Government adopt Magnitsky Act sanctions against those responsible for Xinjiang, starting with Xi Jinping.

Various concerned countries can also act in concert outside the UN, for example excluding China from major economic and political meetings. It is a particular disgrace that Turkic, Muslim countries and their organizations have done so little to condemn China for what it is doing to their kinsmen.

There should also be many public protests by ordinary citizens, i.e., NGOs and popularly-inspired meetings in free countries whose people support human rights. [Source]

Use of the Magnitsky Act against Xinjiang officials was previously proposed in April by Congressional-Executive Commission on China chair Marco Rubio and co-chair Chris Smith. Such sanctions had already been deployed in December against former Chaoyang police chief Gao Yan over his role in the death of detained activist Cao Shunli. Gao had been named last September alongside former Beijing police chief Fu Zhenghua (now Minister of Justice) and his deputy Tao Jing by a coalition of rights organizations calling for sanctions against individuals from 15 different countries. In January 2017, several prominent Chinese activists formed a new group, the China Human Rights Accountability Center, to promote the use of Magnitsky sanctions against Chinese officials. Proposed targets, from them and others, include state media staff involved in the broadcast of forced confessions; officials involved with the death of Liu Xiaobo; and Zhao Fei, a former director of the Tianjin Public Security Bureau who oversaw several key detentions after the 2015 709 Crackdown on rights lawyers.

At The Washington Post last week, Vladimir Kara-Murza described the origins and impact of Magnitsky legislation:

[…] In 2008, [American investor Bill Browder’s] Moscow lawyer, Sergei Magnitsky, uncovered a tax scam involving government officials that defrauded Russian taxpayers of $230 million. He did what any law-abiding citizen would, reporting the crime to the relevant authorities. In return, he was arrested and held in detention without trial for almost a year. He was beaten and died on Nov. 16, 2009, at Moscow’s Matrosskaya Tishina prison under mysterious circumstances. Officials involved in his case received awards and promotions. In a chilling act worthy of Kafka, the only trial held in the Magnitsky case was a posthumous sentencing of himself — the only trial against a dead man in the history of Russia.

It was then that Browder turned from investment to full-time advocacy, traveling the world to persuade one Western parliament after another to pass a measure that was as groundbreaking as it would appear obvious: a law, commemoratively named the Magnitsky Act, that bars individuals (from Russia and elsewhere) who are complicit in human rights abuses and corruption from traveling to the West, owning assets in the West and using the financial system of the West. Boris Nemtsov, then Russia’s opposition leader (who played a key role in convincing Congress to pass the law in 2012), called the Magnitsky Act “the most pro-Russian law in the history of any foreign Parliament.”

Also last week, Mother Jones’ Kevin Drum speculated about the possible vulnerability of U.S. Magnitsky legislation under the Putin-friendly Trump presidency, citing an earlier piece on its original Russian context by Julia Ioffe at The Atlantic last year. At the European Council on Foreign Relations, the University of Valencia’s Clara Portela examined prospects for an E.U.-wide Magnitsky Act, following the adoption of similar laws by several individual member states. Canada, meanwhile, has seen some frustration with the slow pace of implementation following its own law’s passage last year.