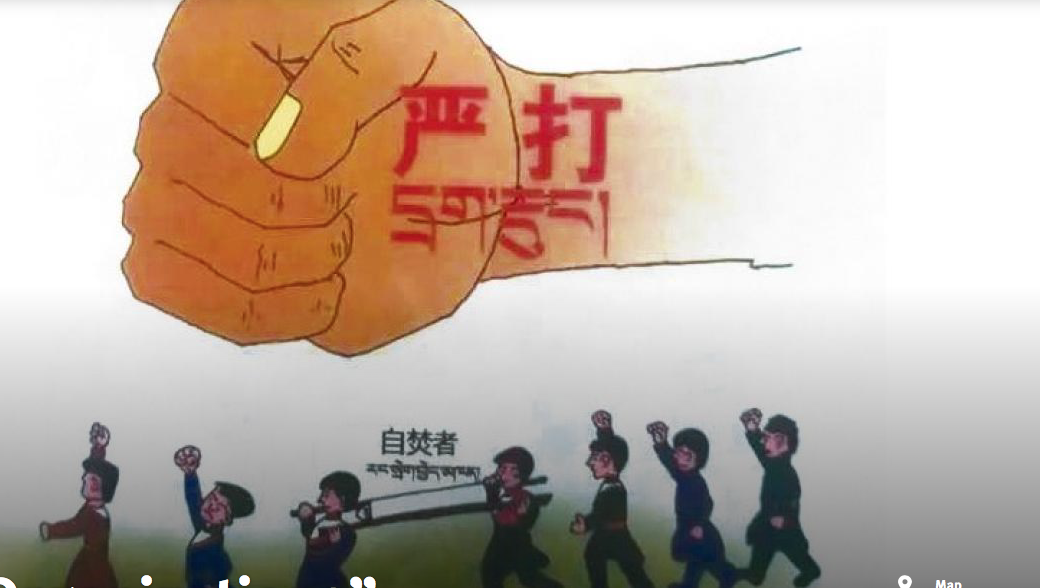 A new report from Human Rights Watch examines China’s practice of targeting political dissidents and civil society initiatives through an anti-organized crime campaign that criminalizes traditional Tibetan social activities. A press release from HRW summarizes the report, which comes out ahead of a U.N. review of China’s compliance with the International Convention on the Elimination of All Forms of Racial Discrimination, beginning on August 10.

“Police and Chinese Communist Party cadres already had virtually unlimited power over the daily lives of Tibetans,” said Sophie Richardson, China director at Human Rights Watch. “But now authorities can prosecute people for simply gathering for any purpose not directly mandated or approved by the state.”

In February 2018, the Tibet Autonomous Region Public Security Bureau published a list of newly defined forms of “organized crime” in a circular – the first set of such prohibitions to be announced at the provincial level. The now-banned activities include any initiatives for the promotion of local language and culture, and protection of the local environment. The document deems those activities to be expressions of support for the exiled Tibetan spiritual leader, the Dalai Lama, and therefore subversive. Similarly, traditional forms of social organization, such as the mediation of community and family disputes and community welfare funds, are characterized as organized crime.

Human Rights Watch found that the criminalization of innocuous forms of social activism has been official policy in some Tibetan areas since 2012. That policy accounts for numerous detentions and prosecutions of community activists, and closures of local schools and other self-help groups during this period. Local regulations from Chamdo Municipality in the Tibet Autonomous Region and Malho Prefecture in Qinghai Province ban any “group with more than five members” formed without official permission, and declare any popular initiative for the promotion of Tibetan language, culture, and religion, or for protection of local environment and wildlife, to be agitation for Tibetan independence and collusion with “foreign anti-China forces.” […] [Source]

HRW last month published relevant context and recommendations ahead of the U.N. review.

The HRW report notes that traditional religious rituals seen as supportive of the Dalai Lama, Tibetan independence, or protest by self-immolation are on the list of banned activities in some Tibetan regions. Last week, the Associated Press reported that students in the Tibet Autonomous Region have been banned from participating in religious activities during their summer break:

The Global Times quoted an education official in the regional capital of Lhasa as saying that students were required to sign an agreement to “not take part in any form of religious activity” during the break.

The policy appears to reflect increasingly harsh restrictions on the Himalayan region’s traditional Buddhist culture, largely aimed at reducing the influence of the region’s spiritual leader, the Dalai Lama, who lives in exile in India.

“The students are following the regulation under the guidance of their parents and teachers,” the paper said, quoting Choephel, the head of the political education department at Lhasa Middle School, who like many Tibetans uses just one name. [Source]

In Lhasa on Thursday, Li met Buddhist leaders at Jokhang Temple and urged them to defend national ethnic unity. He also stopped at the historic Sino-Tibetan Treaty Inscription that marks an alliance between Tang dynasty China (618-907) and the kingdom of Tibet in the early 9th century – a symbol of ethnic unity in Beijing’s eyes.

On Wednesday, the premier went to a site in Lohka where a tunnel is being built for a railway line between Tibet and Sichuan, a major transport link for the region, saying Beijing would invest more in infrastructure to help the economy in midwest China. In Nyingchi, Li bought Tibetan tea at a shop and visited families who had been relocated from impoverished areas.

[…] Barry Sautman, an expert on Chinese ethnic politics at Hong Kong University of Science and Technology, said when top leaders went to places like Tibet, they usually had one thing in mind – ethnic unity.

“The real question I guess is whether while he was there he promised to do anything which was in addition to the preferential policies for ethnic Tibetans,” he said. […] [Source]

Reuters’ coverage of Li’s trip provides context on external protest and official Chinese denials of repression in Tibet, and notes Li’s comment in front of the Jokhang Temple on China’s historical claim to the region. The Jokhang, the most sacred temple in Tibetan Buddhism, caught fire in February, an event that was heavily censored and went unmentioned in official coverage of Li’s visit to the site last week:

At the Jokhang Temple, which was damaged by a fire in February, Li inspected a monument dating back to the eighth century which marks an alliance between Tibet and the Tang Dynasty, Xinhua said.

“Since ancient times Tibet has been an inseparable part of the sacred territory of the motherland,” the report cited Li as saying in front of the monument.