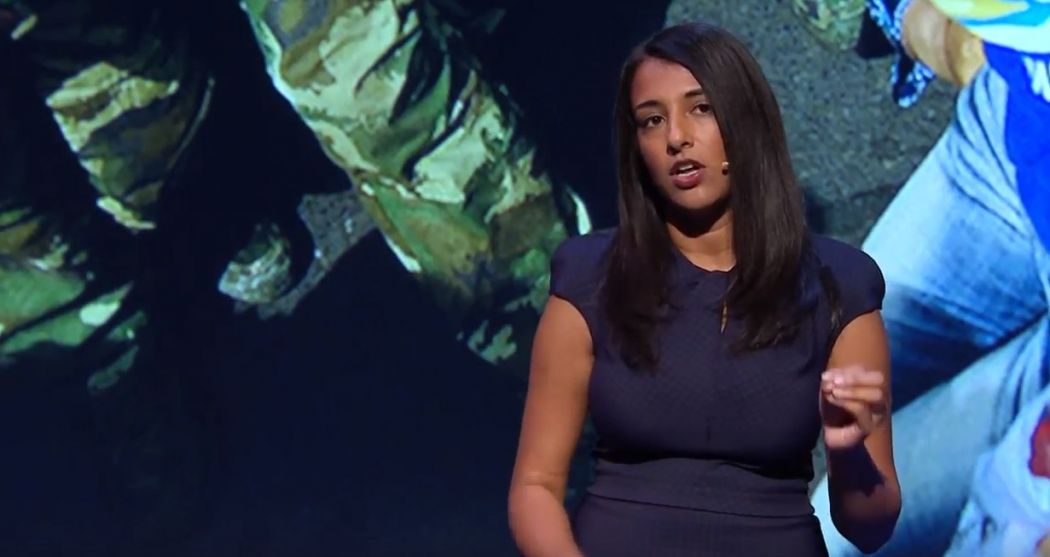 American journalist Megha Rajagopalan—who has been a China-based correspondent for the past six years, formerly for Reuters News Agency and since 2016 for BuzzFeed—announced yesterday on Twitter that she would no longer be reporting from China, as the Foreign Ministry declined to issue her a new visa:

It is bittersweet to leave Beijing after spending six wonderful and eye-opening years as a journalist there. In May, China's Foreign Ministry declined to issue me a new journalist visa. They say this is a process thing, we are not totally clear why.

I also want to make clear that though I can't do it from inside China anymore, I'm not going to stop reporting on and speaking about state surveillance, repression and incarceration of millions of Muslim ethnic minorities in Xinjiang.

In a statement, the Foreign Correspondents’ Club of China praised Rajagopalan’ journalistic integrity and castigated Beijing for “effectively ejecting” her from the country:

The FCCC issues the following statement in response to news that @meghara is taking up a new role after being denied a new visa in China: pic.twitter.com/3ItBcxzzrA

Megha Rajagopalan is not the first journalist to be “effectively ejected” from China in recent years. In 2012, Al-Jazeera’s Melissa Chan left after her credentials were not renewed and Beijing failed to give a detailed explanation as to why. In 2013 veteran China journalist Paul Mooney also had his visa application rejected as he was waiting to begin a post for Reuters. In 2014, Austin Ramzy left China after a visa row widely believed to be in retaliation for a 2012 investigation into the family wealth of then-Premier Wen Jiabao. In 2015 French journalist Ursula Gauthier was similarly denied a visa renewal after reporting on the situation in Xinjiang.

At the Hong Kong Free Press, Jennifer Creery recalls the recent award-winning report that Rajagopalan filed from Kashgar, Xinjiang, highlights her promise to continue covering the situation in Xinjiang from afar, and relays commentary on China’s use of the visa system to limit reporting from Reporters Without Borders director Cédric Alviani:

Her article “This is what a 21st-century police state really looks like” gave focus to surveillance technology deployed in the region, winning recognition at the 2018 Human Rights Press Awards. The acclaimed feature reported that facial recognition cameras and fingerprint scanning technologies were being used to monitor civilians in a growing police state.

[…] Cédric Alviani, director of journalism watchdog Reporters Without Borders (RSF) East Asia, told HKFP that China’s Ministry of Foreign Affairs should reverse its decision: “Harassing foreign journalists and then posing as a victim when they publish annoying reports will not help the Chinese government to improve its image… Such behaviour is all the more shocking because the regime does its best to exploit the freedom available to journalists in democratic countries in order to develop its propaganda network there.”

[…] Rajagopalan said on Twitter that she will now report on human rights and technology from the Middle East, but will continue to cover Xinjiang.

The Chinese authorities have conducted large-scale arrests of ethnic minorities in the region since 2014, when President Xi Jinping enacted “strike hard” government campaigns to tackle unrest. NGO Chinese Human Rights Defenders found in a report released last month that one in five arrests in China last year took place in the Xinjiang region, despite the region containing only 1.5 per cent of the country’s population. [Source]

The Committee to Protect Journalists has also issued a castigatory statement to Beijing about the decision:

“Denying a visa to BuzzFeed reporter Megha Rajagopalan is a transparent attempt to stifle news coverage of how China treats the Uighur population of Xinjiang Province,” said Steven Butler, CPJ Asia program coordinator, in Washington, D.C. “If Chinese authorities truly believe their insistence that they are not committing human rights violations in Xinjiang, they should open the door for more journalists to freely report on the issue.” [Source]

Amid a chorus of praise for her China reporting and congratulations on her new post, former and current China-based correspondents emphasized the Xinjiang reporting that likely influenced the Foreign Ministry’s decision, and the fact that she was, for all intents and purposes, forcibly kicked out of the country:

Why was @meghara kicked out of China? Almost certainly because of her groundbreaking coverage of the massive humanitarian crisis in Xinjiang. She is a stellar reporter who will thrive anywhere. This cowardly action validates her excellence: The Communist Party is scared of her. https://t.co/FGZ8FwM0eo

It is very nice for everyone to wish @meghara well in her new job. She’ll thrive in Tel Aviv. But do I have to shout this from a rooftop? She. Was. Kicked. Out. Of. China. If reporters there don’t make a stink it will be that much easier for the govt to do it again. And again.

Cartoonist Badiucao and former student leader of the 1989 pro-democracy protests Zhou Fengsuo noted that her visa denial reflects the quality and integrity of her work:

it means u did a wonderful job！good on you

thank you sharing the real story about China. its important for everyone inside and out China. its a damaging age. Great practice of journalism is the cure we need more than anytime.

It is your badge of honor. Thank you for your truthful coverage of China. https://t.co/QSw1DJjmPZ

China ranks 176 out of 180 countries on Reporters Without Borders’ most recent press freedom ranking. As domestic Chinese reporters risk jail or censorship for not following the directions of state censors, and foreign journalists face the possibility of effective expulsion for doing their jobs, more attention has been paid in recent years to the especially hazardous roles of the local news assistants who aid foreign media in China. SupChina has published an essay by former news assistant Owen Guo, in which he “reflect[s] on a seven-year journalism career that allowed me to peek into China’s delicate relationship with the international press—and some episodes that sent chills down my spine,” and how these experiences dissuaded him from further pursuing journalism:

[…] In my seven-year journalism career, I never suffered serious consequences such as physical violence or government retaliation. But others have not been so lucky. Zhao Yan 赵岩, a former New York Times researcher, was given a three-year prison sentence in 2006 on charges of fraud, which he denied. The Chinese government previously accused him of divulging state secrets, following an exclusive Times report on former Chinese President Jiang Zemin’s decision to resign as head of the military in 2004. Both the Times and Zhao refuted that charge. In late 2014, Chinese authorities detained Zhang Miao 张淼, a Chinese employee at the German newspaper Die Zeit who helped cover the pro-democracy movement in Hong Kong. She was released without charge after nine months of detention.

[…] By law, the Chinese are forbidden to be hired as full-fledged reporters at international news organizations in China. Instead, they work as fixers — a broad term that covers many journalistic tasks, but not independent reporting. Despite this, some foreign news bureaus in China in recent years have defied that rule by allowing the local staff to have independent bylines on nonsensitive stories. So far, there has been no pushback from the authorities, who have to some extent tolerated the practice.

[…] It’s truly been a privilege to have worked with some of the greatest journalists and editors — that valuable experience will surely prove beneficial as I return to school. But a sad reality remains: journalism has turned out to be a training ground instead of a career path I can pursue. As long as the Chinese government views the international press with hostility, Chinese reporters will remain marginalized and at risk. It’s an unpleasant situation, one for which I hope doesn’t get worse. [Source]