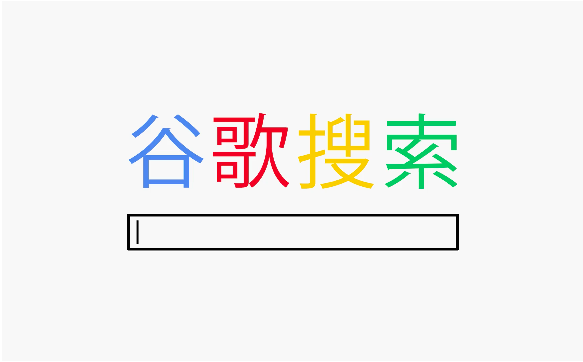 The Intercept reported last week that Google is planning to re-enter the Chinese market with the launch of a censored version of its search engine that blocks content deemed sensitive by the Chinese government. The planned relaunch constitutes a reversal of Google’s decision to leave China in 2010 over censorship concerns, after four years of operating a filtered search engine in the country. Increased cybersecurity demands on internet companies and tightened censorship controls mean that Google would face an even more restrictive environment than the one it left eight years ago if it were to carry out its reported relaunch plans. Challenges include having to comply with the country’s new cybersecurity law, which would place user data more easily within government reach, potentially making Google complicit in possible rights abuses related to China’s censorship regime. Tom Simonite at Wired reports:

[…] If Google goes ahead, it will have to comply with a broad new cybersecurity law introduced last year. That law imposes some of the country’s first rules to protect consumers from corporate invasions of privacy—and restrictions on tech companies that place consumer data more easily within government reach. In addition, the government has ordered companies to store data for longer periods, and tightened enforcement of a rule requiring online accounts match a person’s real identity.

Implementation of the sweeping new regulations is ongoing, but it has already forced notable changes in how Chinese and US tech companies operate. One provision of the law restricts transfers of data out of the country, keeping the information within easier reach of authorities. Another mandates that cloud services must be operated by Chinese companies.

[…] Figuring out what authorities could ask for could become a constant headache for Google executives, were the company to offer new services in China.

US government demands on Google and other tech companies may not always be transparent, as the Snowden revelations showed. But they generally come via a known legal process that gives companies some mechanism by which to object. Chinese authorities do use court orders and regulations to request data from companies. They also use surveillance and apply informal and secretive pressures that can be unpredictable, says Ruan, of Citizen Lab. “The challenge for Google is that many of these laws are vaguely defined and often subject to interpretation by the authorities,” she says. [Source]

While plans to relaunch services in the country are aimed at taking advantage of the enormous Chinese market, some experts believe Google will likely face low financial returns given potential market share obstacles and changing revenue sources. From Jillian D’Onfro at CNBC:

In the monopolistic Chinese search market, Google would likely have a terribly hard time gaining users unless its product was dramatically better than the competition.

[…] Since news of a potential search relaunch broke, Rein says that the reaction of Chinese internet users has been tepid, due to doubt that a censored Google would be significantly different, much the less better, than a censored Baidu.

[…] Market share struggles aside, launching a search app in China today would be less attractive from a financial viewpoint than it used to be.

[…] “The China search market has grown slowly over the past few years as users are moving to social media apps like Wechat,” Lee says.

The market challenges facing Google are particularly acute given that an entire generation of young people in China came of age in a heavily censored environment where Google, Facebook, and Twitter are not part of the shared web experience. Li Yuan at The New York Times reports:

Now the implications of growing up with this different internet system are starting to play out. Many young people in China have little idea what Google, Twitter or Facebook are, creating a gulf with the rest of the world. And, accustomed to the homegrown apps and online services, many appear uninterested in knowing what has been censored online, allowing Beijing to build an alternative value system that competes with Western liberal democracy.

[…] Two economists from Peking University and Stanford University concluded this year, after an 18-month survey, that Chinese college students were indifferent about having access to uncensored, politically sensitive information. They had given nearly 1,000 students at two Beijing universities free tools to bypass censorship, but found that nearly half the students did not use them. Among those who did, almost none spent time browsing foreign news websites that were blocked.

“Our findings suggest that censorship in China is effective not only because the regime makes it difficult to access sensitive information, but also because it fosters an environment in which citizens do not demand such information in the first place,” the scholars wrote.

[…] Many young people in China instead consume apps and services like Baidu, the social media service WeChat and the short-video platform Tik Tok. Often, they spout consumerism and nationalism. [Source]

Internal employee backlash over the potential search relaunch has led Google to clamp down on employee access to relevant documents. Ryan Gallagher at The Intercept looks at the actions taken by Google to contain the leak and the reaction of its staff.

Company managers responded by swiftly trying to shut down employees’ access to any documents that contained information about the China censorship project, according to Google insiders who witnessed the backlash.

“Everyone’s access to documents got turned off, and is being turned on [on a] document-by-document basis,” said one source. “There’s been total radio silence from leadership, which is making a lot of people upset and scared. … Our internal meme site and Google Plus are full of talk, and people are a.n.g.r.y.”

[…] “In my opinion it is just as bad as the leak mentions,” the employee wrote, adding that they had asked their manager to be removed from the project because they were uncomfortable with it. Another member of the team, the employee said, had decided to quit Google in large part due to concerns about Dragonfly.

“I had a meeting with my [vice president] about the project before leaving [it]. This was a short meeting for me, because my [vice president] refused to provide any information without me basically agreeing to a verbal [nondisclosure agreement],” noted the employee. “She did reemphasize that they had good reasons to keep all that private: they didn’t want the project to leak externally! That was enough for me to fuck off [from the group working on Dragonfly].” [Source]

Google’s relaunch is part of a broader effort that has been underway for several years to take the search giant back to mainland China. Under the leadership of CEO Sundar Pichai, Google is working to rebuild presence in the country through local partnerships with domestic Chinese companies. The search giant is reportedly in talks with Tencent and Inspur Group to set up cloud services for users in China. From Bloomberg:

The goal of the cloud initiative is to run Google internet-based services via the domestic data centers and servers of Chinese providers, similar to the way other U.S. cloud companies access that market. In most of the rest of the world, Google Cloud rents computing power and storage over the internet, and sells a collection of workplace productivity apps called G Suite that are run on its own data centers. China requires digital information to be stored in the country and Google has no data centers in the mainland, so it needs partnerships with local players.
[…] A tie-up with large Chinese tech firms, like Tencent and Inspur, a major cloud and server provider, would also give Google powerful allies as it attempts a broader return to mainland China, where it pulled its search engine in 2010 over censorship concerns.

[…] A cloud partnership for Google in China would help the company compete more with larger rivals Amazon.com Inc. and Microsoft Corp. In late 2017, Amazon agreed to sell its Chinese servers and some other cloud assets to local partner Beijing Sinnet Technology Co. The move complied with laws introduced that year mandating the storage of data within the country and bolstering government control over the movement of information. The move mirrored a similar set-up between Microsoft and its local partner 21Vianet Group Inc.

With Tencent, Google would have an even more high-profile ally — but would also go up against local competitors including Alibaba Group Holding Ltd., which operates a major cloud business in China. [Source]

See also: “Will China Let Google Back in?” by Matt Sheehan for Macro Polo.