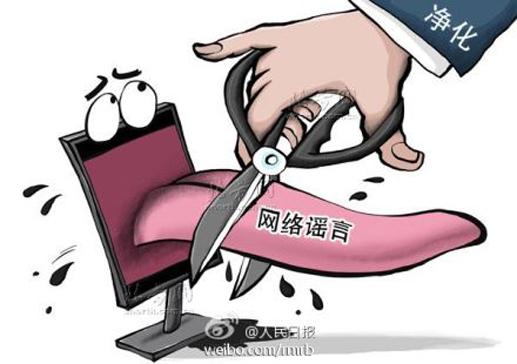 The recent vanishings of former Interpol President and Vice Minister for Public Security Meng Hongwei and movie star Fan Bingbing have shown, as rights researcher Michael Caster told the BBC last week, “just how fundamental such enforced disappearances have become to governance in China under President Xi.” Meng was revealed, some two weeks after his sudden disappearance on returning to China from abroad, to have been detained on suspicion of corruption; Fan re-emerged after four months in early October with an effusive apology and $70 million fine, but no criminal charges, for tax evasion. While either or both may indeed be guilty, their cases remain ominous. As law professor Donald Clarke commented in a ChinaFile conversation last week, “the Fan Bingbing saga isn’t just about tax. It’s also about how the Chinese state operates. Her treatment shows that when the Chinese government wishes to do something, law is at best a guideline but not a constraint. […] According to the Chinese government’s own story, this is an ordinary case of tax evasion by a rich person. And yet even in this ordinary case, the state could not manage to follow its own rules.”

Last week, Meng Hongwei’s wife Grace Meng told media that she fears her husband is dead. She has heard nothing from him since receiving a texted knife emoji on the day he went missing. While she offered no positive evidence for his death, it would not be unprecedented. Human Rights Watch reported in 2016 that at least 11 people had died in the Party’s shuanggui internal detention system since 2010. In May, news of the first known death under shuanggui‘s broader successor liuzhi was censored from Caixin’s Chinese-language website.

At The Inkstone this week, Guo Rui and Choi Chi-yuk reported the conviction of nine people over the death from torture of Hong Kong businessman Stephen Lau Hei-wing in mainland China. CDT published a leaked directive barring coverage of the incident in September.

The Tianjin No 1 Intermediate People’s Court on Tuesday sentenced Xu Xuezhe, the lead interrogator, to 15 years in jail. Zhou Qingjun, another defendant got 11 years for intentional assault.

Six others received sentences between 15 months and three years for extorting confession by torture. The ninth defendant, head of the investigation team Zhao Bozhong, was sentenced to four years for dereliction of duty.

[…] China has banned the practice of extracting confessions through torture. But Maya Wang, senior China researcher at Human Rights Watch, said Lau’s death was not isolated and that the torture of criminal suspects by interrogators was a serious problem.

“What is unusual in Lau’s case is that those who tortured him were convicted and imprisoned,” said Wang. “Accountability is otherwise rare for perpetrators of torture in China, which contributes to the persistence of the problem.”

The article notes that although Lau was facing trial for fraud in Hong Kong, there has still been no official explanation for his detention and interrogation on the mainland. Absence of information creates a vacuum that inevitably invites the spread of rumors: as media scholar Hu Yong has said, “functional rumors will emerge among communities in our society as they seek answers to events that they cannot explain.”

Such speculation can carry a heavy cost. Two bloggers were imprisoned this week for reporting or allegedly implying that the chairman of the Yili dairy company Pan Gang, who was not seen in public for more than four months at the start of 2018, was under investigation for corruption. Shares fell 3.5% after their posts spread online, and jumped 10%, the daily maximum, after the company posted video on Weibo of Pan’s reappearance at its annual shareholder meeting at the end May. According to a statement by the company in April dismissing speculation about Pan and saying that he was undergoing treatment for a heart condition, four others were also arrested for spreading rumors that he was under investigation. From Tom Hancock at The Financial Times:

Zou Guangxiang and Liu Chengkun, both financial news bloggers, were handed jail sentences of one year and eight months respectively, by a court in the Inner Mongolia region where Yili is based, the official Xinhua news agency said in a brief report.

[…] Mr Liu, who wrote two short stories featuring a fictional Mr Pan and posted them online, was detained in April on suspicion of libel. Prosecutors told state media that although the account was presented as fiction, the charges were justified as it was easy to identify Mr Liu s intended targets.

[…] Chinese state media weighed in on the case in May in a story titled Social media is also ruled by law , accusing both reporters of spreading rumours for profit. The report was widely seen as part of an attempt by authorities to rein in financial blogs, which have proliferated in recent years on social media platforms such as WeChat. [Source]

In a separate case in May, the Committee to Protect Journalists reported the arrest of a Shanxi dairy farmer for alleged business defamation after she accused Yili of exploiting farmers.

Responding after Pan’s reappearance to suggestions that the case highlighted a lack of clarity about companies’ obligations to share information with shareholders, Jeremy Goldkorn wrote at SupChina:

[… N]ot even the most stringent disclosure rules could change the fact that successful Chinese businesspeople regularly disappear in mysterious circumstances. Sometimes they resurface, sometimes they are convicted of crimes, and sometimes they never appear in public again. Below are a few recent cases:

Mr. Ye personally had ties to the People’s Liberation Army and its intelligence arm, according to people in various cities with knowledge of the situation. The property deals included buying a penthouse from a former top Wall Street banker, and entering into a record-setting contract to buy a townhouse owned by a billionaire close to President Donald Trump.

[…] The Chinese tycoon’s pounce on luxury Manhattan real estate offers a new dimension on his global ambitions in the months leading to his disappearance.

Mr. Ye is chairman of a Shanghai-based conglomerate called CEFC China Energy, which in recent years expanded aggressively abroad. It struck deals for $9 billion in shares of Russian energy giant Rosneft , more than $1 billion in investments in the Czech Republic and energy deals in Singapore, Romania and Abu Dhabi. It also scooped up choice real estate in Shanghai. Along the way, Mr. Ye got close to powerful politicians and business executives in many nations.

Today, its empire is under threat, as the tycoon’s whereabouts is unknown. CEFC is unwinding deals and selling assets. CEFC didn’t respond to requests for comment. [Source]