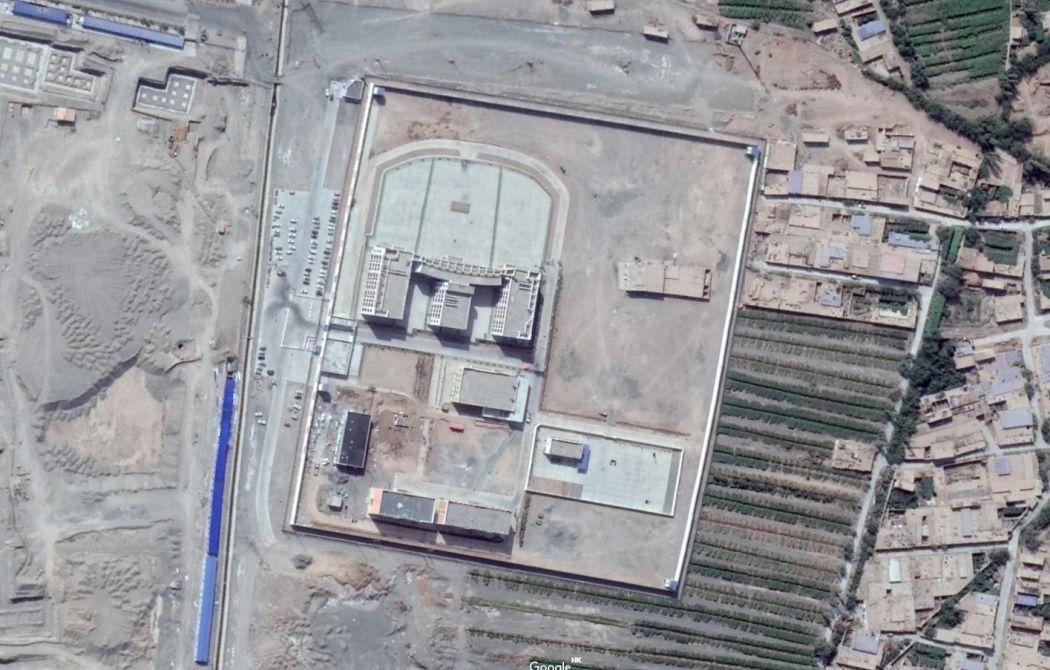 As part of China’s shifting public relations strategy against growing international criticism of its mass detention program in Xinjiang, government propaganda and senior officials have come out to defend the centers as legal “vocational training” facilities aimed at combating religious extremism through the provision of “free” education and job training. The centers are euphemistically portrayed as inviting learning camps equipped with volleyball courts and ping-pong tables. However, newly obtained tender documents show that those interned inside the camps are treated more like prisoners than students. In addition to textbooks, items listed on local government shopping lists and procurement outlays for the facilities include tear gas, tasers, police batons, and handcuffs. Ben Dooley at AFP reports:

Around April 2017, local governments began posting a wide variety of tenders related to the facilities.

Some orders — furniture, air conditioners, bunk beds, cutlery — would not seem out of place at a typical Chinese university.

But others resembled prison equipment: sophisticated surveillance systems, cameras for recording students in their rooms, razor wire, a system for eavesdropping on phone calls, and infrared monitoring devices.

The gear was necessary, party officials in the regional capital Urumqi argued in an emergency request for Tasers, to “guarantee staff members’ personal safety”. [Source]

A BBC investigation using satellite images from Google Earth and aerospace company GMV has found evidence of a rapidly expanding web of detention facilities. Extensive construction activities can be traced across Xinjiang that point to the remarkable speed at which officials are building the physical infrastructure to hold Muslims without trial. From John Sudworth:

There is a striking conclusion – the recent trend is towards larger facilities.

[…] GMV calculates that, from this set of 44 sites alone, the surface area of secure facilities in Xinjiang has expanded by some 440 hectares since 2003.

[…] We took one of GMV’s findings – the increase in building size at the facility in Dabancheng – and showed it to a team with long experience in prison design at the Australian-based Guymer Bailey Architects.

Using the measurements from the satellite images they calculated that, at an absolute minimum, the facility could provide space for about 11,000 detainees.

Even that minimum estimate would place it alongside some of the biggest prisons in the world. [Source]

At ChinaFile, Darren Byler looks at the less explored side of the government’s effort to assimilate China’s ethnic Uyghur and Muslim population–the mobilization of more than a million Chinese citizens to occupy the homes of local minorities and shape their behavior by assuming the role of “family relatives.”

Mapping out a schedule for the little brothers and sisters was first order of business. In the mornings, they would sing together at daily flag-raising ceremonies outside the village Party office, at night they would attend classes on Xi Jinping’s vision for a “New China.” The teaching of “culture” would suffuse all the time in between. They would converse in Mandarin and watch approved TV, practice Chinese calligraphy, and sing patriotic songs. And all the while the “relatives” would be watching the villagers and taking notes, assessing the Uighurs’ level of loyalty to their country, noting how well they spoke Chinese, staying alert for signs that their attachment to Islam might be “extreme.”

Had a Uighur host just greeted a neighbor in Arabic with the words “Assalamu Alaykum”? That would need to go in the notebook. Was that a copy of the Quran in the home? Was anyone praying on Friday or fasting during Ramadan? Was a little sister’s dress too long or a little brother’s beard irregular? And why was no one playing cards or watching movies?

[…] The “relatives” have been essentially conscripted into service in three separate waves. The first campaign started in 2014, dispatching some 200,000 Party members, including minority Party members, to “Visit the People, Benefit the People, and Bring Together the Hearts of the People” (fang minqing, hui minsheng, ju minxin, 访民情、惠民生、聚民心)—through long-term stays in Uighur villages. In 2016, a second wave of 110,000 civil servants were sent into Uighur villages as part of a “United as One Family” (jie dui renqin, 结对认亲) campaign which focused on placing “relatives” in the homes of Uighurs whose family members had been imprisoned or killed by the police. [Source]

The systemic persecution of Uyghur intellectuals in Xinjiang has been documented in SAR’s Academic Freedom Monitoring Project. It illustrates how Uyghur scholars and students have become primary targets of the Chinese state under the current crackdown. From the Uyghur Human Rights Project:

The Chinese Communist Party (CCP) has frequently targeted Uyghur academics, students, and artists, including noted scholar Ilham Tohti, in a bid to silence dissenting views to repressive state policies. However, the latest persecution of intellectuals represents a significant escalation of ethnic suppression, as even Uyghurs loyal to the state and party are now subject to absurd allegations, such as harboring separatist tendencies, and labeled as “two-faced.”

Those disappeared and believed to be held in the camps include Rahile Dawut, an internationally known folklorist, literature professors Abdukerim Rahman, Azat Sultan and Gheyretjan Osman, language professor Arslan Abdulla and poet Abdulqadir Jalaleddin. High ranking university administrators such as Kashgar University’s president Erkin Omer and vice president Muhter Abdughopur have been removed from their posts and their whereabouts are unknown, while others such as Halmurat Ghopur, former president of Xinjiang Medical University Hospital and former president of Xinjiang University Tashpolat Tiyip have received suspended death sentences. Other prominent figures have already died in the camps, including the religious scholars Muhammad Salih Hajim and Abdulnehed Mehsum.

The disappearances of Uyghur intellectuals belie the Chinese government’s assertions that the “re-education” campaign is an effort to de-radicalize the population and combat terrorism. Instead it is part of a coordinated effort to undermine and eliminate a distinct Uyghur identity as rapidly as possible in an unprecedentedly aggressive forced assimilation campaign.

UHRP calls on the government of China to immediately release all scholars, writers, artists, and students arbitrarily detained and at risk of harsh mistreatment, including torture. UHRP urges governments and academic institutions around the world to vigorously press the Chinese government for information about the whereabouts and well-being of disappeared and detained academics and intellectuals. [Source]

At East Asia Forum, Australian National University’s Ben Hillman writes that the human rights crisis in Xinjiang is the result of a convergence of several factors, at the center of which are Xi Jinping’s national and strategic regional goals underpinned by a dream of a unified and rejuvenated China.

Although the Chinese Dream identifies hard targets, it is rooted in official narratives of Chinese history that emphasize territorial integrity and the achievements of Chinese culture. It is a unitary vision of the nation driven, in part, by frustration at the apparent lack of unity in parts of the country.

Perhaps inevitably, the Chinese Dream is Han-centric — a ‘with us or against us’ version of nationhood. This is reflected in the content of re-education, which squarely focuses on stronger identification with Chinese nationhood and Han culture and the rejection of ”local nationalisms” — seen as an obstacle to CCP efforts to return China to national strength.

A centrepiece of Xi’s grand strategy is the Belt and Road Initiative (BRI), part of which aims to strengthen linkages between China and Central Asia. Violence in Xinjiang, or the fear of it, threatens the BRI in tangible ways. Xi’s vision of a unified China is also undermined by Muslim minorities ’identification with other Turkic groups in Central Asia, which exposes the multicultural edges of the nation-state. [Source]