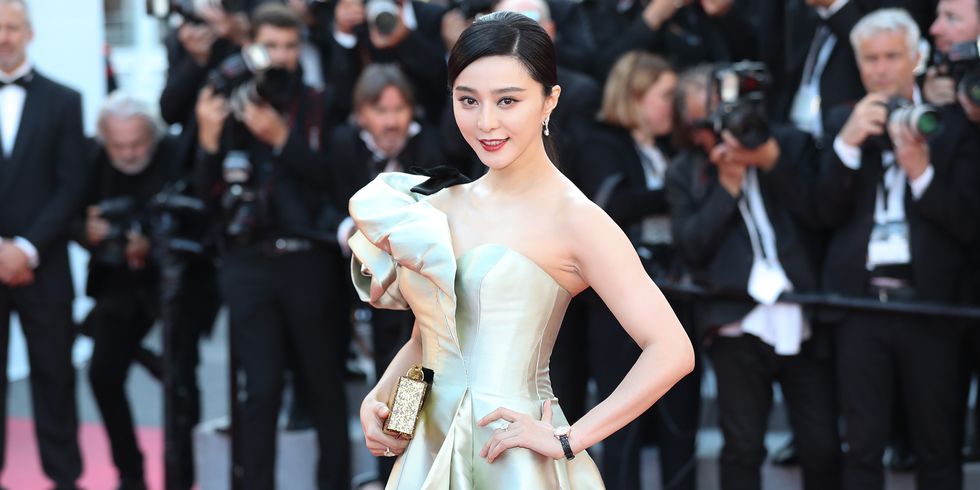 Regarding the handling of celebrity “yin-yang contract” tax evasion cases and the comments and developments of those concerned, all websites must refrain from publishing self-collected reports and comments without unified arrangements, must not reprint information released by non-authoritative departments, must not make speculative reports or comments, and must not speculate on the role of specific personnel. It is strictly forbidden to illegally reprint or push self-media content. Websites must strengthen the management of comments and promptly clean up harmful information taking advantage of the opportunity to discredit, attack, question, and play up the hype. (October 16, 2018) [Chinese]

The so-called “yin-yang contract” is a practice found within the Chinese entertainment industry whereby celebrities under report their earnings by submitting a copy of their contract with a reduced salary figure to tax authorities. Chinese actress and singer Fan Bingbing is one of the country’s top film stars to run into trouble with the authorities for using such contracts. Fan was placed under investigation in June after she mysteriously disappeared from public view and stopped posting on social media, and the practice was then the subject of a censorship directive translated by CDT. She was subsequently fined for tax evasion allegations in October and ordered to pay almost $130 million in late taxes and penalty charges. CNN’s Steven Jiang and James Griffiths report:

Fan and companies related to her were ordered to pay around $42 million in late taxes and fees, along with a fine of $86 million. Because she was a first-time offender, the government said criminal charges would not be filed against her if she pays all the money by an undisclosed deadline, Xinhua reported.

[…] In a letter posted on social media, Fan, 37, apologized profusely and repeatedly to the public and government.

“As a public figure, I should have abided by laws and regulations, and been a role model in the industry and society,” she said. “I shouldn’t have lost self-restraint or become lax in managing (my companies), which led to the violation of laws, in the name of economic interests.”

Fan admitted to signing the contracts and said she “completely accepts” the decision by tax authorities.

[…] Her case was clearly designed as a warning to other high profile celebrities, with the State Administration of Taxation saying it had launched a campaign to recover all back taxes in the entertainment industry.

Those who do not meet a December 31 deadline could face criminal charges, the authority said. [Source]

The entertainment industry has been harshly chastised in recent years for “distorting social values” and encouraging “money worship” tendencies. In an effort to curb the “negative” influence of celebrity displays of fame and wealth, the Chinese government has introduced a series of regulations targeting television and video content. In 2016, regulatory officials prohibited children from participating in reality television shows and limited programs showing overly materialistic content. More recently, a number of celebrities were given low “social responsibility” ratings in a ranking report jointly conducted by academics at the Beijing Normal University and the Chinese Academy of Social Sciences. As part of the ongoing crackdown on the industry, authorities have been capping actors’ compensation to rein in on excessive renumeration for celebrities. In June, the BBC reported:

Actors in Chinese films and TV programmes will have their pay capped at 40% of total production costs.

[…] The official announcement comes from a joint statement (in Chinese) from five government agencies, including the propaganda department, ministry of culture and tourism, and radio, TV and film regulators late on Wednesday.

It does not specify why the government is cracking down on celebrity pay now – but says it is needed to deal with “sky-high pay” for actors, “yin and yang contracts” and “tax evasion and other issues”.

These problems have “damaged the health of the film and TV industry”, and led to “money worship”, “the youth blindly chasing celebrities” and “distorted social values”, the notice added, without giving details about how the pay cap would be enforced. [Source]