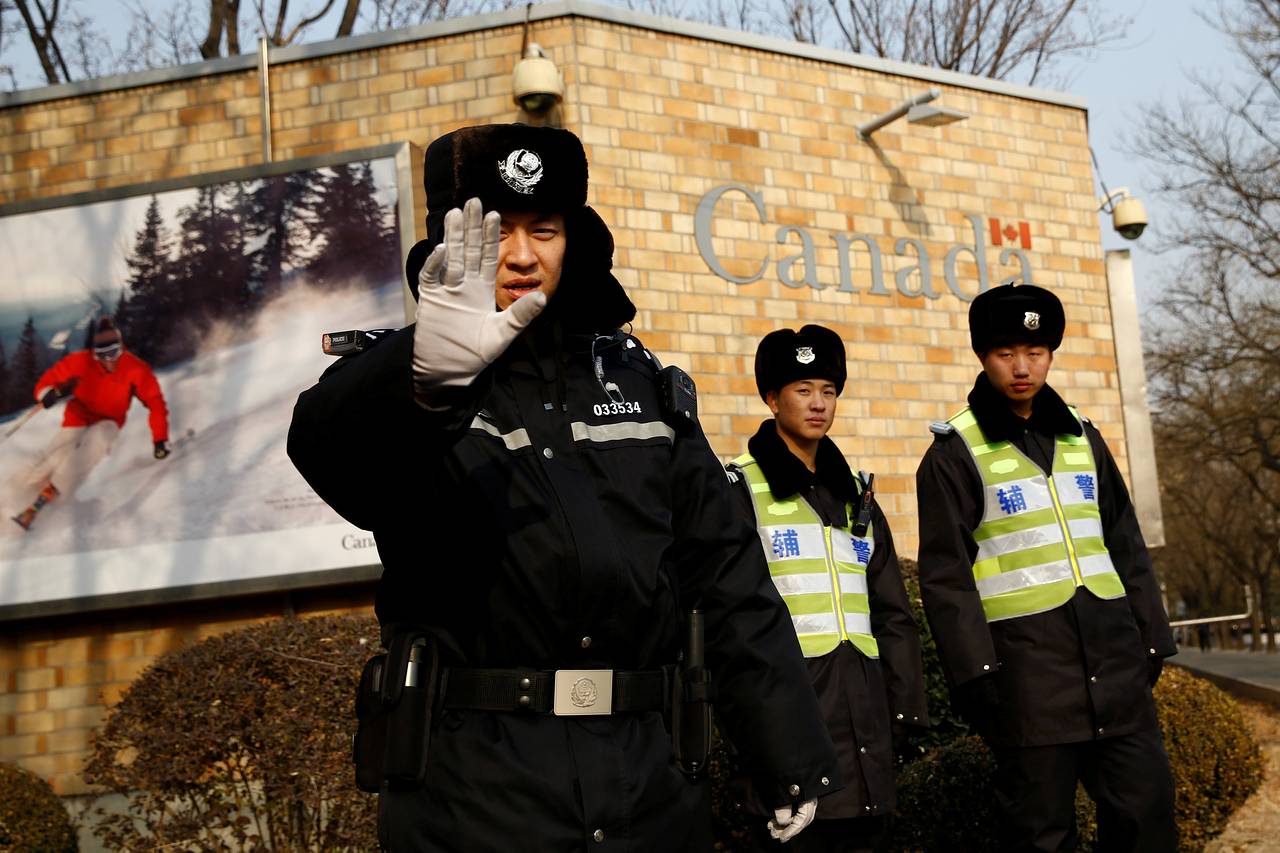 Chinese state media reported Thursday that a Chinese court will this weekend hear a Canadian citizen’s appeal for drug smuggling charges in China. A public appeal hearing will be held on Saturday in Dalian, Liaoning amid already strained relations between the two countries after Canadian authorities in Vancouver arrested Huawei CFO Meng Wanzhou on a U.S. extradition request earlier this month. Chun Han Wong at The Wall Street Journal reports:

The high court in China’s northeastern province of Liaoning said Wednesday that a man named Robert Lloyd Schellenberg would be given a public hearing Saturday afternoon in the port city of Dalian, where a court will hear his appeal of an earlier trial on drug-smuggling charges. It didn’t provide additional details about Mr. Schellenberg or the charges he faced.

[…] Mr. Schellenberg’s case received no publicity before the Liaoning court’s online announcement Wednesday of his appeal hearing; it was the first announcement of a hearing on the court’s website since April 2017, before which it had provided regular updates on coming hearings.

The Saturday hearing is expected to further test relations between Beijing and Ottawa as the two wrangle over the fate of two Canadian nationals, former Canadian diplomat Michael Kovrig and China-based businessman Michael Spavor, who are detained in China on suspicion of endangering state security. Although a direct connection was never drawn between the cases, the two Canadians were arrested days after China warned of “severe consequences” if Canada failed to release Huawei’s Meng Wanzhou, who is currently free on bail. The arrests have been described as a form of “hostage taking” by China.

Chinese Foreign Ministry spokeswoman Hua Chunying did not confirm details regarding Mr. Schellenberg’s case when asked by reporters and stated that she had “made clear China’s solemn position” to Canada. From The Canadian Press:

Chinese Foreign Ministry spokesman Hua Chunying said in a daily briefing Thursday that she didn’t know much about the case, suggesting it’s not related to the arrests of two other Canadians on national-security grounds earlier this month.

“I am not aware of the specifics of this case and I would refer you to the competent authority,” she said, according to an English transcript posted to the ministry website. But, she added: “As to the diplomatic tensions between China and Canada, I think you are very clear about the reason for that. I have made clear China’s solemn position on it many times before.”  [Source]

Although the Canadian government said that they have been following the Schellenberg case since the man was first detained four years ago, former senior official warns that Canada should not be too quick to acquit China of potential abuse of the justice system for political ends. From Michelle Zilio at The Globe and Mail:

“Global Affairs Canada has been following this case for several years and has been providing consular assistance to the Canadian citizen since they were first detained in Liaoning, China. We will continue to provide consular services to them and their family,” Global Affairs Canada spokesman Richard Walker said in a statement Thursday.

[…] A senior Canadian government official, who was not authorized to speak publicly about the consular case, said Mr. Schellenberg has been detained in China since late 2014. His trial started in 2016 and he was sentenced earlier this year, according to the official.

David Mulroney, a former Canadian ambassador to China, said Ottawa should not let Chinese officials off the hook in Mr. Schellenberg’s case.

“Once a country uses its justice system for political ends, the entire system is tainted with the suspicion of unfairness, if not at the time of arrest, then in the sentencing or subsequent detention conditions,” Mr. Mulroney said in an e-mail to The Globe and Mail.

“While Canadian officials are probably trying to prevent an already complicated story from spinning out of control, they should be careful not to go too far in exonerating Chinese officials, whose overheated rhetoric and irresponsible behaviour have generated confusion and concern.” [Source]

The smuggling of drugs under Chinese law can lead to a life sentence or even the death penalty, depending on the severity of the offense. Foreign nationals have been executed in the past for smuggling drugs into the country. Rahul Kalvapalle at Global News reports:

The Dalian government news portal stated sarcastically that Schellenberg’s audacity was to be admired given that he “actually dared to smuggle drugs into China.” It pointed out that Chinese criminal law offers “no sympathy” for drug crimes.

In 2009, China executed British citizen Akmal Shaikh after he was caught smuggling heroin. Shaikh’s death prompted outrage in the U.K. over the apparent lack of any mental health assessment.

Some believe that the outcome of Schellenberg’s appeal is potentially closely tied to the Huawei extradition case. From Tom Blackwell at National Post:

Donald Clarke, a professor specializing in Chinese law at George Washington University Law School, said there’s nothing unusual about foreigners facing drug charges in China, and he does not know what might be happening behind the scenes.

But it’s possible Schellenberg’s case is now tangled up in the Huawei dispute.

Lynette Ong, a University of Toronto political scientist and China expert, also said that hundreds of Canadians and other foreigners are charged with crimes in China yearly, and it’s impossible to say whether Schellenberg’s case is being tied to the Huawei affair. But she said that possibility can’t be ruled out.

“It could be … the authorities are airing this in the public as a show of another potential case that is in their hands.” [Source]