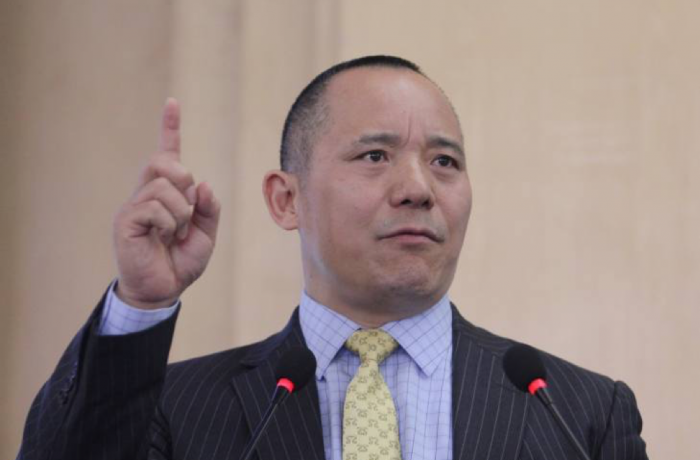 All websites: Immediately delete the video of Renmin University’s Xiang Songzuo’s lecture “A Great Shift Unseen Over the Last Forty Years,” including any captions and related images. Strictly control comments. The original account and forwarding accounts must be strictly managed. (December 12, 2018) [Chinese]

On December 16, 2018, Renmin University School of Finance professor and former chief economist of China Agriculture Bank Xiang Songzuo delivered a lecture to entrepreneurs titled, “A Great Shift Unseen Over the Last Forty Years,” in which he questioned the official statistics of China’s GDP growth over the past year. Last week, the Chinese government announced that GDP growth in 2018 had been 6.6 percent, the lowest rate since 2000. However, in his speech, Xiang noted that an internal report from an unnamed research institution put the actual growth rate at 1.67 percent. In an introduction to their translation of his speech, China Change notes:

Singling out 2018 as the year when China comes to a large shift unprecedented over the past 40 years, the speech can be seen as a landscape survey of Chinese economy, and obliquely, also of politics. Just as Tsinghua law professor Xu Zhangrun’s (许章润) broadside “Imminent Fears, Immediate Hopes”, which was superbly translated and widely talked about among China watchers, Prof. Xiang’s speech is another rare burst of Chinese intellectuals’ discontent with the direction the country is taking under Xi Jinping. [Source]

In the speech, Xiang outlines what he sees as the major weaknesses and problems in China’s economic system that have led to the downturn:

At the symposium on the private sector, General Secretary Xi Jinping talked about six issues. Among them I am most concerned about the sixth: the protection of personal safety and property. Think about it. In a country with robust rule of law, where everyone is equal before the law, shouldn’t these basic rights be properly guaranteed for everyone, entrepreneurs and commoners alike?

It has been four decades since the reform and opening up, yet the General Secretary still feels a need to specifically promote entrepreneurs’ rights to personal safety and the security of their property. This reflects the gravity of the issues facing the governance of Chinese society and state. In my view, China’s economy will face six internal challenges that deserve our serious consideration. Due to time constraints, I won’t be able to get through all of them. [Source]