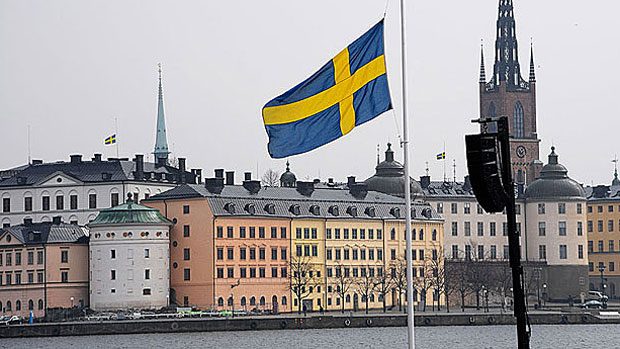 Angela Gui, the daughter of detained writer and publisher Gui Minhai, has written an account of an unusual episode in which she was approached by Anna Lindstedt, the Swedish Ambassador to China, to meet with two businessmen who said they could help her obtain her father’s freedom. At the meeting, attended by Lindstedt, the businessmen made vague threats and promises in exchange for Gui’s agreement that she would no longer speak publicly about her father’s detention. After a Swedish newspaper first reported the meeting, the Chinese government denied any involvement. Gui, a Swedish citizen like her father, has been campaigning for his release since he was first abducted from his vacation home in Thailand in 2015 and brought to China, where he has been held off and on since.

In her account, Angela Gui, a PhD student at Cambridge University, described a bizarre scene in which she was closely watched inside a members-only section of a hotel in Stockholm for two days during her meetings with the two businessmen, whose citizenship is not clear, and the ambassador:

The next day I was told that one of the businessmen had gone to the Chinese Embassy to ‘negotiate’ my father’s case on Sweden’s behalf. The man who offered me the visa told me that they had ‘connections within the Chinese Communist Party’. He said the Chinese ambassador was ‘on the phone to Beijing’, and that it was possible my father might be released. There would, however, need to be a trial first ­– in which my father might be sentenced to ‘a few years’ before he’d be allowed to come back home. In order for this to happen, I was told I needed to be quiet. I wasn’t to tell anyone about this, or say anything publicly about the case. I was also to stop all media engagement with it. I could give it a week, and if nothing had happened by then, I could resume the campaign activities — although later on in the conversation, the week was extended to two weeks, and then extended again to a month. The businessman said that ‘the Chinese’ were very angry with me. Ambassador Lindstedt, who was sat next to me, agreed to the plan. She said that if my father was released, she’d go on Swedish television and speak of the bright future of Sweden-China relations, as well as express regret over the Chinese tourist hotel incident in Stockholm last year, and the subsequent coverage of it on a Swedish comedy show. [Source]

In response to Gui’s account, the Swedish Foreign Ministry has removed Ambassador Lindstedt from her position and is conducting an inquiry into the incident. Chris Buckley and Christina Anderson report for The New York Times:

Ms. Gui accused the ambassador, Anna Lindstedt, of arranging the talks without authorization from the Swedish Ministry for Foreign Affairs. The ministry said on Wednesday that it had opened an internal investigation into Ms. Lindstedt, and that an interim replacement for her had been installed pending the outcome.

“I placed my faith in a senior official and was rewarded with abuse, threats and an offer of assistance from two men who were clearly unqualified to help and appeared to have other agendas,” Ms. Gui said in an emailed comment about the meeting. “I would like the ministry to explain how this byzantine situation arose.”

Buster Emitslof, a spokesman for the Swedish Ministry for Foreign Affairs, said the ministry did not know about the meeting until after it had taken place. He said Ms. Lindstedt had been replaced, pending the outcome of an inquiry.

“The Swedish government’s engagement on behalf of Gui Minhai is widely known, driven with force and aims for a solution that will give Gui Minhai his freedom and reunite him with his family,” Mr. Emitslof said. [Source]

Ambassador Anna Lindstedt left her post in Beijing on Wednesday, the embassy’s acting chief of mission, Karl-Olof Andersson, confirmed to The Washington Post on Thursday without providing further details.

The Swedish Foreign Ministry confirmed that it launched an internal investigation “due to information concerning incorrect action in connection with events at the end of January,” and that a new head of mission has been appointed until the investigation is completed. [Source]

Swedish MFA statement on Amb Lindstedt. A bizarre three-year saga with cross-border abductions, a fateful train ride and questions among diplomats in Beijing about Sweden’s handling of it all just took a very unexpected turn. Story with @annafifield vv https://t.co/hTnnEnz3DZ pic.twitter.com/jp7wpd9MPE

On Swedish TV @jsjostedt, leader for the Left Party, scolded Lindstedt for having acted as a running dog for a dictatorship by trying to silent the daughter of a kidnapped Swedish citizen. He calls it Sweden's biggest foreign policy scandal "in decades": https://t.co/yNZIKzQKzP

THREAD: Yesterday, what is now called Sweden's biggest foreign policy scandal in decades, was exposed as @angelagui_ revealed how Anna Lindstedt, the Swedish ambassador to China, lured her to Stockholm for a meeting with shady and threatening "businessmen" who represented China.

Gui Minhai, a co-owner of Hong Kong’s Mighty Current Publishing House, disappeared and then reappeared in government detention in China along with four colleagues in 2015. Mighty Current was known for publishing salacious books about China’s leaders. Gui’s whereabouts were unknown until he appeared on CCTV in January 2016 making what was widely perceived to be a forced confession. The other four publishers have since been released and returned to Hong Kong, where they live. Gui was briefly released in 2017, and then detained again by Chinese security while riding a train to Beijing with Swedish diplomatic officials. The Swedish government has campaigned for his release, yet in an interview with South China Morning Post, which was criticized for being arranged by Chinese authorities, he said he believed the Swedish government was using him “like a chess piece” to cause trouble for Beijing. He has not yet been tried or sentenced.