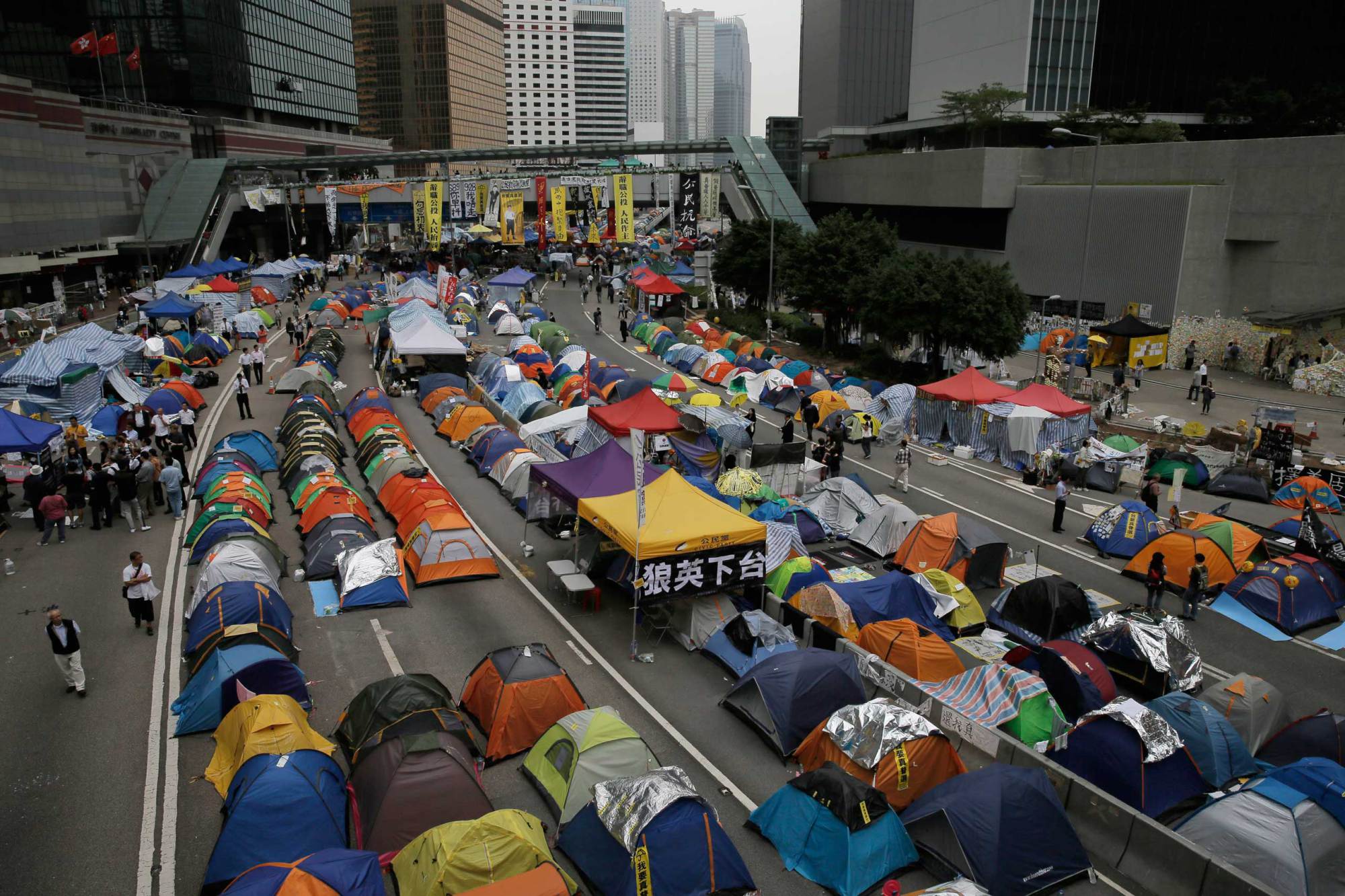 Nine defendants have been convicted–and eight sentenced–on “public nuisance” charges for their role in the 2014 Umbrella Movement protests in Hong Kong. Professors Benny Tai and Chan Kin-man and retired pastor Chu Yiu-ming were each sentenced to 16 months in prison, though Chu’s sentence was suspended due to his age. Tiffany May reports for The New York Times:

[Tai, Chan and Chu] were founders of Occupy Central With Love and Peace, a group championing nonviolent civil disobedience in pursuit of democratic reforms. Their group had called for a short sit-in of two or three days, but that turned into a much longer occupation of city streets after the police used tear gas and pepper spray on student protesters.

In a summary of the judgment, Judge Johnny Chan of the District Court said the demonstrations had resulted in “unreasonable” obstruction, and so the leaders had forfeited the legal protections of peaceful demonstration.

“The court held that a charge of conspiracy to cause public nuisance would not generate a chilling effect in society and silence many legitimate speeches as the defendants contend,” the summary read. [Source]

Holmes Chan at Hong Kong Free Press has more about the other six defendants, including Tanya Chan, whose sentence was delayed due to her health issues:

Activist Raphael Wong and lawmaker Shiu Ka-chun were both sentenced to eight months behind bars, to be served immediately.

Former student leader Eason Chung and Democratic Party veteran Lee Wing-tat have both been given eight months in jail, suspended for two years.

Former student leader Tommy Cheung was given a community service order of 200 hours, to be completed in a year. [Source]

Here's a full overview of the #UmbrellaMovement9 convictions and sentences. Tanya Chan's yet to be sentenced. In all, the other 8 are sentenced to 5 years and 4 months in prison. pic.twitter.com/099k2gTvUA

Legally speaking, this trial is terra incognita since the common law (not statutory) charges are either new or have never been applied in post-handover #HK. This leaves the judge with even greater discretion in sentencing as there is no direct precedent to follow.

The 16-month prison sentences given to Benny Tai and Chan Kin-man are the longest ever given to nonviolent protesters in #HK.

Supporters of 9 #Hongkong pro-democracy leaders pouring into the court in West Kowloon with a large media contingent gathering waiting for the sentencing. Prison terms are expected. I’ll be reporting from here all day for @BBCWorld @bbcworldservice @BBCRadio4 pic.twitter.com/c5ihmct46F

Just a few journalists for this trial… pic.twitter.com/VGj64ORkqi

Scholar Chan Kin-man, who is among the nine facing jail today, led his supporters in singing "We shall overcome."

Scholar Chan Kin-man ahead of sentencing: "The judge called us naive in his judgment… But what is more naive than believing in One Country, Two Systems?"

Prior to his trial, Chan Kin-man delivered a final lecture at the Chinese University of Hong Kong, in which he said:

At the moment of my departure, I can honestly say I have no resentment and no sorrow. I can only say that today I am very moved, far more than I could have imagined. I was very calm during Occupy—this is the first time I’ve been comparatively stirred-up. In this moment I can only feel grateful. I am utterly grateful that I could study here, that this place gave me a chance to teach countless students and contribute to society, so today I only have a thankful heart. […] On this long and distant road, sometimes I really feel that the road ahead is boundless and obscured, and sometimes the light is very dim. What can I do in this dark night? All we can do is look at the stars. [Source]

Three student protest leaders–Joshua Wong, Nathan Law, and Alex Chow–were given six to eight month prison sentences in 2017 for their involvement in the movement, but their sentences were later overturned following international protest. Read more about the Umbrella/Occupy Central protest movement, via CDT.