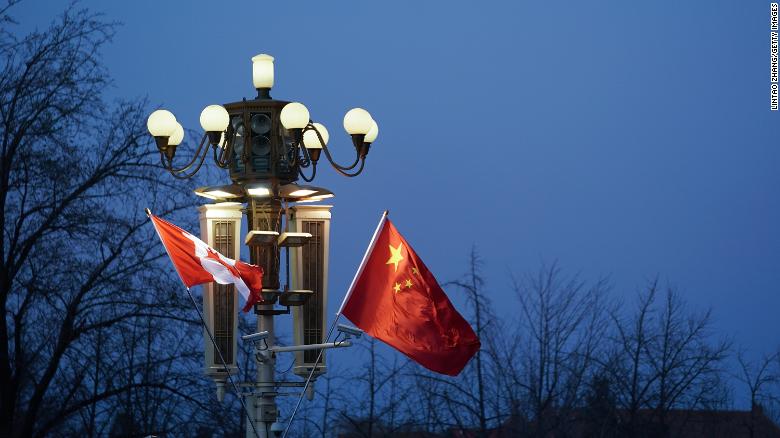 Canadian citizen Fan Wei has been sentenced to death by a court in Guangdong for his alleged involvement in a 2012 methamphetamine manufacturing scheme. At The Globe and Mail, Nathan VanderKlippe reports:

A Chinese court in Guangdong accused Fan Wei of playing a leadership role in what it called the “extraordinarily serious transnational trafficking and manufacturing of narcotics.”

[…] In total, 11 people were caught up in the case with Mr. Fan, including an American and four Mexicans. Another person, Wu Ziping, was also sentenced to death. The court did not disclose his nationality in a brief statement published online Tuesday. China’s foreign ministry did not comment on the case, referring instead to the court statement.

Precise sentences for the other foreigners, including American Mark Swidan, were not specified. The court said they ranged in severity from life in prison to death with a two-year suspension

[…] Between July and November of 2012, the court said, the group manufactured 63.83 kilograms of methamphetamine and 365.9 grams of dimethylamphetamine. [Source]

The alleged gang of drug producers was detained in late 2012 and tried in 2013, but the court only reached its verdict today. Fan Wei becomes the second Canadian to receive a death sentence for drug charges in China this year, after a retrial on appeal yielded Robert Schellenberg the much harsher penalty in January. One month before Schellenberg’s retrial, Canadians Michael Kovrig and Michael Spavor were detained over allegations of endangering state security, moves that were seen by many as retribution for the arrest of Huawei CFO Meng Wanzhou in Vancouver last December.

The AP reports further, noting the potential this has to further strain China-Canadian relations, and relaying comment from Canadian diplomats:

The sentence is likely to further strain relations between Canada and China. Canada arrested a Chinese tech executive last December at the request of the U.S., and since then China has detained two Canadians and delayed some Canadian exports in apparent retaliation.

“We’re very concerned by this sentence,” she said Tuesday morning. “Canada stands firmly opposed to the use of the death penalty everywhere around the world. We think that this is a cruel and inhumane punishment which should not be used in any country.

“We are obviously particularly concerned when it is applied to Canadians.”

“It is of extreme concern to our government that China has chosen to apply the death penalty, a cruel and inhumane punishment.” [Source]

CNN’s Ben Westcott and Yong Xiong report on suspicion that the detentions of Kovrig and Spavor, as well as the unprecedentedly rapid retrial of Schellenberg, were related to the arrest of Huawei CFO Meng Wanzhou:

The cases have previously been interpreted in Canada as retaliation for the country’s decision to arrest Meng Wanzhou, chief financial officer of Chinese tech giant Huawei.

Meng was taken into custody on December 1, 2018, in Vancouver on behalf of the United States on charges of working to evade Iran sanctions.

The Chinese government has repeatedly protested Meng’s detention, saying the arrest was political.

“Both Canada and the US abused their bilateral extradition treaty and took forced actions on a Chinese citizen. This severely infringed a Chinese citizen’s legitimate rights,” Foreign Ministry spokesman Lu Kang said in March.

Meng is currently under house arrest in Vancouver and is facing extradition to the US. [Source]