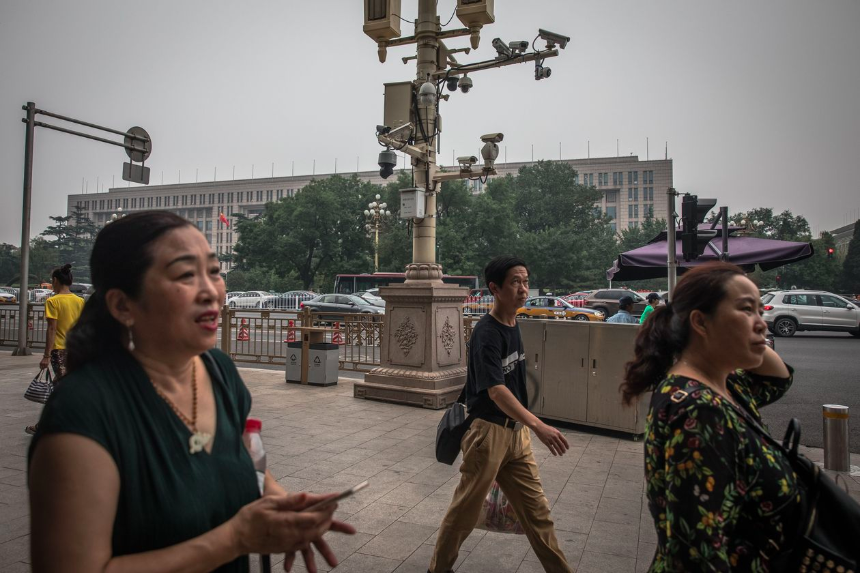 The Trump administration is adding 28 Chinese entities including top AI companies and state security bureaus to a U.S. blacklist to block these organizations from importing American technology and other vital components. The revised Entity List includes 20 Chinese government and police units with jurisdiction in Xinjiang and eight companies that have supplied surveillance equipment used in the suppression of Uyghurs and other ethnic minorities in the region. The addition of these companies to the blacklist mirrors actions taken by the U.S. Commerce Department against Huawei earlier this year on national security grounds. This latest expansion of the U.S. blacklist was announced just days before crucial trade talks are set to resume in Washington. Reuters’ David Shepardson and Josh Horwitz report:

The action bars the firms from buying components from U.S. companies without U.S. government approval – a potentially crippling move for some of them. It follows the same blueprint used by Washington in its attempt to limit the influence of Huawei Technologies Co Ltd [HWT.UL] for what it says are national security reasons.

U.S. officials said the action was not tied to this week’s resumption of trade talks with China, but it signals no let-up in U.S. President Donald Trump’s hard-line stance as the world’s two biggest economies seek to end their 15-month trade war.

The U.S. Commerce Department cited the role that these newly added entities have played in facilitating the ongoing abuse of Xinjiang’s Muslim minorities. Official procurement records and other documents show that all eight companies listed are tied to various business operations in the region. More than one million Uyghurs and other minorities are detained in internment camps throughout Xinjiang. Muslim women who have fled the region have recounted ordeals involving forced abortions and sexual humiliation.  From James Griffiths at CNN:

In a statement, the US Commerce Department said “these entities have been implicated in human rights violations and abuses in the implementation of China’s campaign of repression, mass arbitrary detention, and high-technology surveillance against Uyghurs, Kazakhs, and other members of Muslim minority groups in [Xinjiang].”

For the last two-and-a-half years, China has been detaining hundreds of thousands of Uyghurs and other predominantly Muslim ethnic minorities in what Beijing alternately describes as “voluntary de-radicalization camps” and “vocational training centers.”

[…] “The US Government and Department of Commerce cannot and will not tolerate the brutal suppression of ethnic minorities within China,” Secretary of Commerce Wilbur Ross said in a statement. “This action will ensure that our technologies, fostered in an environment of individual liberty and free enterprise, are not used to repress defenseless minority populations.” [Source]

The sanction has drawn strong objection from Hikvision and other companies that are affected. Hikvision said in a statement that the company strongly opposes the U.S. decision and that it had been trying to address the administration’s human rights concerns for the past year.

The New York Times’ Ana Swanson and Paul Mozur expect the blacklist’s impact on the Chinese companies to be mixed due to their wide range of specialization.

The companies run the gamut in terms of capabilities and focus. Some are specialists in facial-recognition systems, voice-recognition software, surveillance cameras and phone tracking systems that are sold largely to China’s security forces. Others have ambitions of building systems that can filter social media content and products that could help doctors reach cancer diagnoses.

As a result, the impact of the bans will be varied. For the surveillance camera maker Hikvision, which makes a significant portion of the world’s security cameras, the impact could be significant. A block could have a roughly 10 percent impact on revenue, technology research firm Sanford Bernstein said in a Monday note. While the company would have to replace some American-made chips placed in its high-end cameras, most of the impact would come on the back-end servers that help analyze footage as part of its security systems.

The impact could be larger in terms of broader sales ambitions. Hikvision has worked to court the American market, including a number of government-connected customers.

For those focused on artificial-intelligence software, like Yitu and Megvii, the direct hit could be small. Nonetheless, the blacklist could impact them in other ways. The artificial intelligence start-ups on the list have partnerships with American software firms, connections to American universities and have been active in trying to hire foreign talent. In all those cases, the blocks will likely hamper their efforts. [Source]

The U.S. blacklist will likely force Chinese tech companies to “turn inwards” and increase the divide between Chinese and American tech spheres, report Dan Strumpf and Yoko Kubota at The Wall Street Journal:

The U.S. move, coming on top of restrictions against other Chinese companies such as Huawei Technologies Co., is likely to deepen a growing schism between the U.S. and China’s technology ecosystem, said Matt Sheehan, a fellow at MacroPolo, part of the Paulson Institute think tank that focuses on the Chinese economy.

“It’s leading a lot of private tech companies [in China], as well as the government, into a defensive crouch, where they feel like they need to band together and really once again turn inwards,” he said.

Artificial intelligence is a key pillar in China’s ambitions to dominate the global technology market, with a stated goal of becoming a global AI leader by 2030. Unlike in the semiconductor and aerospace sectors, where state support has proved crucial, private companies have successfully taken the lead in developing China’s AI sector.

A major challenge for these companies now will be to secure access to cutting-edge processors where the market is currently dominated by American companies. That includes powerful graphics-processing units made by Nvidia Corp. , of Santa Clara, Calif. The chips are used by AI companies to crunch the massive amounts of data that feed algorithms underpinning AI programs. Nvidia is widely seen as a leader in the field without a clear non-U.S. alternative. [Source]

The use of the entity list to target Chinese companies and government bodies involved in the Xinjiang crackdown is the first punitive measure enacted by a major country over China’s persecution of Muslims. The move signals that U.S. government is willing to hold China accountable for its human rights violations. From Paul Mozur and Edward Wong at The New York Times:

The administration’s move suggests that President Trump is increasingly willing to listen to the advice of American officials focused on the strategic challenges posed by China and who are concerned about its human rights abuses, even if Mr. Trump himself never seems to pay much attention to those.

[…] More broadly, the White House signaled its willingness to take aim at China’s technological dreams. China has plowed billions of dollars into companies developing advanced hardware and software to catch up with the United States. Some of the companies added to the list on Monday are among the world’s most valuable artificial intelligence start-ups.

[…] It is also a potentially groundbreaking use of a powerful tool that the American government typically uses against terrorists. The Chinese companies and police departments were placed on what is called an entity list, which forbids them to buy sensitive American exports unless Washington grants American companies specific permission to sell to them.

Use of the entity list over a human rights issue may be a first, said Julian Ku, a professor of constitutional and international law at Hofstra University.

“As far as I know, it was the first time Commerce explicitly cited human rights as a foreign policy interest of the U.S. for purposes of export controls,” he said, referring to the Department of Commerce, which manages the entity lists. “This is not an implausible reading of the regulations, but it is new and has potentially very broad applicability.” [Source]

In addition to the blacklist, the U.S. government has also implemented travel bans to penalize Chinese officials involved in the Xinjiang abuses. From AP:

The State Department said it would not issue visas to Chinese government and Communist Party officials believed to be responsible for or complicit in mass detentions and abuses in western Xinjiang province. It did not identify the targeted officials or say how many were affected by the ban, which can also be applied to their immediate family members.

In a statement, Secretary of State Mike Pompeo urged China to halt its “campaign of repression” in the region, release all those arbitrarily detained and stop trying to coerce members of Chinese Muslim minority groups residing abroad to return to China.

“The protection of human rights is of fundamental importance, and all countries must respect their human rights obligations and commitments,” Pompeo said. “The United States will continue to review its authorities to respond to these abuses.” [Source]

For more on Chinese government surveillance efforts, including projects by some of the companies now blacklisted, see the Sharper Eyes series from CDT.