Who are China’s Top Internet Cops? 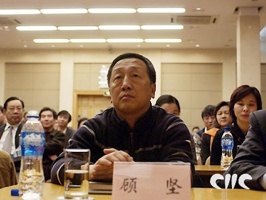 The Foreign Policy reporter Mike Boyer called Li “China’s Top Internet Cop” and then quoted Li as saying “We have neither the technology nor the manpower” to censor or filter the Internet, …… We have just dozens of people in the Internet affairs bureau. Half of them are here today [in the room] “

In fact, Li is not a “cop,” as the Information Office of the State Council is neither a public security nor state security agency. The real Internet cops are elsewhere. For starters, we could search “Internet Police” (网络警察) on Chinese search engine Baidu, and we will get 292,000 results. Page after page are Internet Police websites in different cities and provinces outlining their functions. Read this, this and this.

What about the technology that Li claims he doesn’t have? Another search through Chinese blogosphere and BBS will uncover some very useful answers, including to the question, Who is China’s top Internet cop?

Here is a very revealing BBS commentary at a techie BBS, loveunix.net, posted by a hacker named “sinister” in July, 2006: The Inside Story of the Great Fire Wall (Translated by CDT):

I am a network manager of a telecom company (sorry I don’t dare to disclose the name of our company).

I can confirm that the operating unit which is responsible for blocking and filtering the national gateways belongs to the Ministry of Information Industry. Before we can expand our bandwidth, we have to ask for their permission, and tip them a “surveillance and control fee.” They are shameless.

Additional administrations are involved in the surveillance and control of our provincial and municipal networks, including the Ministry of Public Security, the Ministry of State Security, the Commission for Discipline Inspection, the Army, etc. Their operations often stress the limits of our capacity.

A few days ago, a deputy director of the Bureau of Internet Monitoring of the Ministry of Public Security, whose name is Gu Jian ( 顾坚), had a conversation with us about renting our bandwidth. He said the state government allocated a large amount of funds for the use of the online information surveillance and control project.

How could a Bureau of Internet Monitoring have this huge amount of money? We were suspicious. We managed to unearth the truth using our connections with the Information and Telecom Bureau and the Golden Shield Project of the Ministry of Public Security. They were surprised too, and said it was impossible because leasing bandwidth is the business of the Information and Telecom Bureau.

Later on we discovered that the project Gu Jian was talking about has nothing to do with bandwidth leasing. What the project really needs is an interface on our network for monitoring purposes. Gu, however, was asking to rent our commercial use bandwidth, which is not related to interface monitoring.

The undisclosed aim of the Bureau of Internet Monitoring and Beijing Municipal Department of Internet Monitoring (a director named Yu Bing (于斌) from the municipal department joined Gu Jian in the visit) was to use the excuse of information monitoring to lease our bandwidth with extremely low prices, and then sell the bandwidth to business users with high prices to reap lucrative profits. How avaricious they are!

There is no doubt that the name of the chief of the Bureau of Internet Monitoring is Li Zhao (李昭). According to what Gu Jian said, chief Li is known for his political savvy. He used to be the deputy chief of the Bureau of Political Security. After he was promoted to the chief of Internet Monitoring, he reshaped the bureau, which was originally a small organization with merely 20 to 30 staffers, to a big one with as many as 200 people. The bureau used to work on anti-virus projects, and was on the brink of being disbanded. Li shifted the bureau’s function to Internet political security, and turned Internet Monitoring into a 24-hour online alarm bell (This makes the bureau something like an online Ministry of Public Security).

We joked with Gu Jian: since Li ascended to be the minister, you could be the deputy minister.

Gu dismissed the joke indifferently, saying that his parents and relatives all worked as ministers. The former minister, whose surname is Tao, was the underling of his father, he said. The incumbent minister Zhou Yongkang, who is also the deputy secretary of the Committee of Political Science and Law, always paid respect to his parents during new-year holidays and other festivals. And the deputy ministers are his buddies. So it doesn’t matter whether he can be the minister.

The administration in charge of China’s Internet gatway access restriction is a bureau under the Ministry of Information Industry, its full title is “National Management Center of Internet and Information Security” 国家网络信息安全管理中心. It is located at a building 1000 meters northeast of Madian Bridge, third north ring road, in Beijing. The head is Fang Binxing, who used to be a teacher at the Internet center of Harbin Institute of Technology, and was picked up by the ministry’s Zhang Chunjiang to manage Internet censorship.

The so-called “Information Gateway” they are working on consists of a large number of servers sitting on the international interfaces of China’s Internet. The gateways monitor the information flow, and send out fake TCP packages to cut the TCP connections as soon as specific keywords are detected.

The organizations executing the gateway project are a few companies owned by Harbin Institute of Technology. Another company called VenusTech Ltd.” is also involved in the manufacture of a set of backup facilities.

It is said that Fang is applying for the membership of China Academy of Sciences. He is well credited for the huge, billion-yuan Internet censorship project.

Witnessing the remarkable accomplishments and benefits of Ministry of Information Industry’s Information Gateway project, the Ministry of Public Security has been getting jealous. It then considered imposing monitoring on all provincial and municipal Internet interfaces and on the interfaces of large-scale IDCs. The ministry invested a huge amount of money on their own project. A friend of mine recently attended one of their tests on IDC monitoring facilities.

A PhD from the Ministry of Public Security asked our company to submit a project proposal which involves building a high group computing power (hundreds of thousands billion times per second) with several thousands Tara Bits storage capacity.

According to what I know, our boss has presented two versions of the proposals. He is also in close contact with that PhD’s boss. It seems our company is confident in winning the contract. The Bureau of Internet Monitoring has been engaged in a wide range of search for experts and companies able to design a billion-yuan system.

As soon as the system is put into service, all behaviors of Chinese Internet users will be recorded in the huge storage. Your online account, password, and conversation records will be under tight surveillance. And your online behavior can be traced back up to a year.

A few days ago, after the PhD from the Ministry of Public Security stopped by our company and asked for the technical solution of the immense-capacity, immense-capability system, our boss told us privately that in the future, there will be no online privacy anymore. Don’t use the Internet, he said. At that time we all thought he was only joking.

It was also said that the fund supporting this project is not from the Golden Shield Project. It’s directly from the federal fiscal budget.

…… the project mentioned in the above which can monitor and filter national gateways is actually called “Dynamic Blocking System in Large Scale Broadband Networks” belongs to National Computer network Emergency Responses technical team/Coordination Center of China (CNCERT). The project won second place in the national defense technology progress award. The person [Fang Binxing] who was in charge of this project has already been named as a member of the National Academy of Engineering.