Is Crazy English Here to Stay? 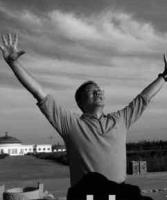 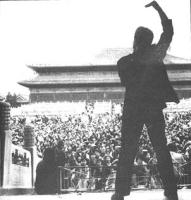 Shanghaiist has collected reports and videos of Li Yang teaching his Crazy English. If you watch the video by muting the sound, you may think you’re watching a religious gathering with fervent worshipers waving their arms in spiritual communion.

If you carefully listen to one class Li taught, you’ll sense something in his speech”nationalism. Li makes jokes about Japanese pronunciation of English and the sounds Japanese make while bowing. Laughing at the Japanese is a common pastime for nationalists in China. Li also talks about how Hong Kongers look down on people from mainland China who go shopping there. Li says that in that situation, he would pretend to be Chinese-American speaking Chinese with an American accent to scare the Hong Kongers. Chinese like to talk about how patriotic they are, and nationalism is a good tool to unite them. As history has proven, the Great Leap Forward and the Cultural Revolution were linked to patriotism by the government, which inspired many Chinese to devote themselves to help their beloved country reach one goal. 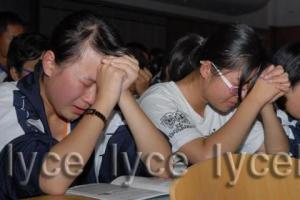 Li has named one goal, “speaking good English,” for Chinese students and their parents. Li charms his audiences with his humorous speeches, and by speaking English with an authentic American accent and Chinese with a pure English accent, which most people can’t do at the same time.

Li shows his talents, then he lays out a flawless resume on his website showing that he used to be a successful professional interpreter. Li’s resume says that in 1993 he translated for Richard Bush, the current director of the Brookings Center for Northeast Asian Policy Studies, who used to advise Congress about U.S.-China relations. His resume also says Li was interviewed by BBC, ABC, RTHK, NHK and other foreign press. In China, this is another way to say how famous he is. But so far there’s no available independent reports to verify Li’s resume and his legend.

However, an unverified legend is already enough to attract eager Chinese students who want to learn English. Students murmur, “If going crazy can make me speak English like Li Yang, why don’t I give it a shot?” Thus, Li was able to turn “Crazy English” learners into zealots and make the “Crazy English” training center a “Devil’s Camp” (Li’s own words). 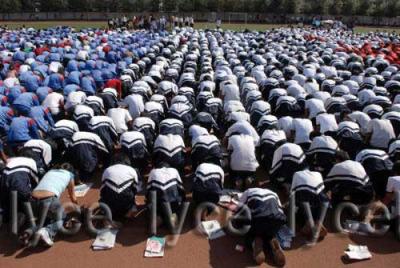 One thing that should also not be neglected is the profits Li has made from his students. Even though there’s no data from the official “Crazy English” website, the 18000 Yuan (USD 2300) price he’s charging for a “diamond seat” to his gatherings gives us an idea. There’s also an advertisement on Li’s blog offering RMB100,000 yuan/year (USD12500) basic income for “Crazy English” lecturers. This is a more than a well-paid job in China!

It’s been over a decade that Li’s “Crazy English” has been getting hotter and hotter. No one has questioned why it’s not bearing any fruit, as none of Li’s students have done as well as Li or surpassed Li after participating in “Crazy English” training. Some people have tried to copy Li’s teaching methods but have also failed in China. Yet Li has called for a nationwide movement to learn English for the Olympic Games. Again, it sounds very patriotic.

So here is the question: Can Li Yang and his “Crazy English” go farther in the future? If so, maybe the Chinese are not just crazy about English.

Also here are comments from well-known writer Wang Shuo about the Crazy English phenomena, via MySpace, translated by CDT:

… I do not know how many people in the end master the English language to Li Yang’s level of proficiency, not just shouting in public, “I love disgrace.” The posture of the men, women and children practicing “Crazy English” is more like a massive pledging ceremony. Li Yang is more interested in arousing people, or I’d rather say inciting a mob.

I have seen such incitement. It is an ancient voodoo, gathering a large group of people, making them excited through your words, then producing the illusion of strength like the waves of ocean. At that moment, the poorest people will suddenly feel invincible. This is not inspiring the people; it is fooling the people. Many things are done this way in China –after a dream, all the problems are solved.

Li Yang was trying his best to disseminate knowledge, beating his chest and stamping his feet, while those who were welcoming his enthusiasm with stimulated faces looked very foolish. He publicized patriotism, which, to me, makes him sound like a racist. His clothes, behavior and attitude toward people creates an image of success, but it can’t help but make me think of a successful crook…

I also do not know whether Li Yang is ignorant or deliberately seeking dramatic effect, or if this is really his understanding. To attract applause he frequently uses warm-up words which are really blatant racial supremacy noise. This is not humorous. I do not believe that our country’s strength is for the purpose of spreading his twisted racism.