We Are Ready – Ai Weiwei 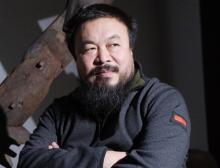 “We are ready” is the official slogan for the countdown to the 2008 Olympics. On the first week of 2008, Beijing-based artist Ai Weiwei wrote a post on his blog on Sina.com. An artist, curator, and architectural designer since the late 1970’s, Weiwei’s work ranges from installation pieces to performance, and he is also the co-designer of the Olympic stadium, aka the bird-nest. Here is Weiwei’s new post, “We are ready,” translated by CDT. :

After thirty years of opening and reform, now we have entered 2008. People have reason to be more cautious and anxious: How long can this old broken vehicle continue before it disintegrates? It is just a matter of time.

2007 was a year of strenuously defending rights. That year, there were ups and downs, and people got used to desperation and disillusionment, the incompetence of the regime and old lies. New wealth is shocking, but no one is interested in the nouveau riches. Wealth does not come from hard work, but from the myth of the mysterious order of “let some people get rich first” and not so glorious deals made in the dark.

Now the poor are even poorer; poverty without explanation. No one cares why there is such poverty. Prices are going up like crazy. The air and rivers are getting dirtier. Land is disappearing under our feet. These kinds of days are too short for some people, and too long for others. There are too many failed expectations and too much lost hope, too little persistence and forward thinking.

Thirty years after opening and reform, people cannot help but ask, what on earth has happened in these thirty years? What has not changed? Who is holding onto what? For what purpose? What kind of world is this? What kind of past did we have and what is the reality now? What kind of future are we walking towards?

The glorious and not so glorious reality is: Although our national economic strength has surpassed Germany’s and is only behind that of Japan and the US, in the last thirty years, there has been no real sense of political reform, no real elections, citizens’ rights have not been realized, there is no free speech or free press. What’s in the media is so far from reality, the government has no credibility, people have no faith, capital is being redistributed and power is being rearranged, national interests are being divided and sold out again and again.

An Olympics far from the will of the people and the spirit of freedom, a national ceremony without the inspiration of the citizenry, a myth so far away from modern civilization, the end result will be endless nonsense and a bore. The reason is simple: In this world no autocracy can pretend to be the joy of democracy, nor can it masquerade as harmony and happiness. No one can win the people’s support through deceit and betrayal.

“One World” — What world? No democracy, no human rights, no justice or equality, only deceit and betrayal.
“One Dream” — What dream? More corrupt officials, more shady deals, continued lies and questionable prosperity.