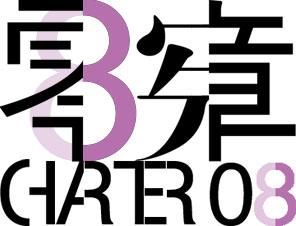 Despite the severe and targeted censorship, posts about Charter 08 are still quietly popping up in the Chinese blogosphere. Here are two examples:

Xia Yeliang (夏业良), Ph.D., Associate Professor and Deputy Director of the Peking University Foreign Economics Research Center, wrote a post “In the year of the ox I want to be a happy pig.” Excerpts translated by CDT’s Japhet Weeks.

At the end of 2008 and the beginning of 2009 I was called in for chats, twice. The first time the subject was Charter 08. They wanted to know whether or not I was one of the original authors of the document, why I had signed it, etc. The chat wasn’t with the Public Security Bureau — I was already celebrating my good luck, even though they hadn’t offered me either tea or coffee. The person in charge of the chat said: You shouldn’t think that you’re smarter than other people. Peking University has so many professors, why is it that only you and He Weifang signed the charter? This is proof that everyone else trusts the Party and the government. You should stick to doing research in economics; don’t get involved in political science or constitutional studies. You should treasure your position at Peking University. (I imagine that keeping that position depends on how I behave and what I do after this talk.)

The second example is a joke entitled “General Secretary Hu on Charter 08.” The text is being circulated among many instant messaging service groups, and re-posted by “For a Laugh” (博笑) at a blog called Words Not Caught by the Net, translated by CDT’s Japhet Weeks:

The special investigative team: “He coughed up everything, and his story checks out.”

Hu asked: “So where does the idea of a ‘federal republic’ come from?”

The special investigative team: “It comes from a communique of the second general assembly of Chinese Communist Party. The wording of the original text is: ‘build a free federal republic,’ with an extra word ‘free’.”

Hu asked: “Then, then what about ‘nationalization of the military’?”

The special investigative team: “We also figured that out! It comes from an anthology of Zhou Enlai‘s thought. The wording of the original text is: ‘We must achieve nationalization of the military,’ with extra wording ‘We must achieve’.”

Hu asked: “Then, then praising ‘western-style democracy,’ where does that come from?”

Hu asked: “Then, then, then, what about ‘abolishing the ban on organizing political parties’?”

The special investigative team: “It’s a saying that Emperor Mao coined when he was fighting the Kuomintang! The original text had an extra ‘down with one-party dictatorship!'”

The special investigative team: “They’re all in the PRC Constitution!”

Hu asked with great concern: “What recourse is left for everyone then?”

The special investigative team: “One way to solve this once and for all is to make Emperor Mao, Zhou Enlai, Chinese Communist Party, Xinhua Daily and the Constitution all politically sensitive words, ban each and every one of them without exception!”

Hu said angrily: “You idiot! You might as well ban me too!”

The special investigative team: “That’s just what they say, ban you and there’ll be no need to ban any of the ideas included in the Charter!”