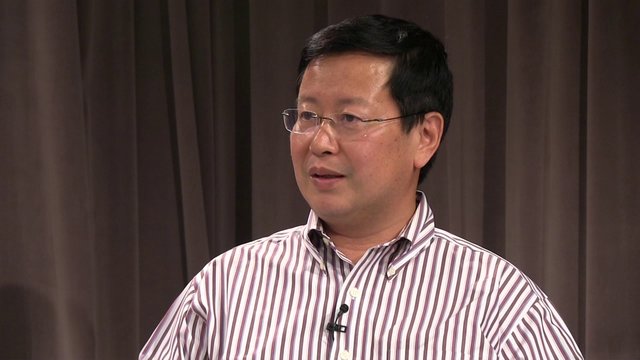 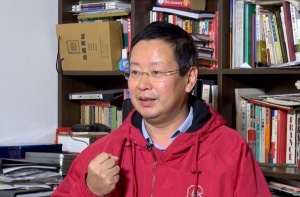 Through combing over and pondering political philosophy, comparative politics, the history of development of liberalism and political science, the history of economics, and institutional economics, I became even more firm in my standpoint and pursuit: that ending one party-autocracy and totalitarian rule, guaranteeing the basic rights and freedoms of citizens, and realizing constitutional democracy, rule of law, and individual freedoms and choices are key factors for establishing a federal republic with a system of checks and balances on power in China.
—Xia Yeliang, Perplexities and Exploration in an Autocratic Age

Xia Yeliang is a liberal economist, former economics professor at Peking University’s School of Economics, and drafter and signatory of the Charter 08 manifesto. In 2013, amid the beginnings of a Party crackdown on liberal ideology, Xia was expelled from his faculty position at Peking University after a 30-3 faculty vote. While the university claimed that Xia was terminated due to a poor teaching record, many—including Xia himself—believe that his record of political outspokenness was a factor in the decision.

Xia was born on September 4, 1960 in Wuhu, Anhui. In 1984, Xia obtained a bachelor’s degree from Anhui University, and later went on to earn an MA and a PhD in economics at Fudan University in Shanghai. From 1984 to 1987, he worked in a government foreign affairs office. In 1989, while in San Francisco completing an EMBA program, he watched the June 4th crackdown on pro-democracy protesters in Beijing, too troubled to study he remained “glued to CNN’s live broadcasts.” He returned to China to be with his wife and young son. In 2000 Xia began a postdoc at Peking University, and began teaching economics and western economic history courses at the university as an associate professor in 2002. He has authored books on economic reform and institutional change, and has served as a visiting scholar at UC Berkeley, UCLA, Stanford, and the Cato Institute. Xia was also a founder of the Cathay Institute of Public Affairs.

Xia was one of the drafters and original signatories of Charter 08, a manifesto that called for greater human rights and democratic reforms in China. Xia reported being called for a “chat” with authoritiesafter Charter 08, during which he felt his position at Peking University was being threatened due to his outspokenness. He reports being labeled a dissident after signing the manifesto, and receiving threats and regular police monitoring and travel restrictions. In early 2011, Xia was placed under house arrest as authorities cracked down on “Jasmine Revolution” pro-democracy protests   by the ongoing street protests across the Middle East.

In the summer of 2013, Xia was informed that the continuation of his position at Peking University would soon be subject to a vote by his fellow faculty members. Initial reports cited Xia’s outspoken liberal ideas and online comments critical of censorship and Xi Jinping’s “Chinese Dream” slogan as the reason for his potential firing. Xia claimed that he had privately received support from colleagues, but feared they would likely vote against him to follow the will of the Party. Ahead of the vote, overseas organizations of scholars voiced support for Xia, and over 100 faculty members at Wellesley College signed a petition urging their institution to reconsider a partnership with PKU if Xia was fired. The situation stoked ongoing concerns over academic freedom in China. In October 2013, the PKU School of Economics voted 30-3 (with one abstention) to expel Xia from his post. While Xia’s expulsion—coming as it did at the beginnings of Xi Jinping’s ongoing drive for ideological orthodoxy in the Party, academy, and society at large—appeared to be politically motivated, the university argued it was a result of his poor teaching record. Journalist Eric Fish’s interviews with several of Xia’s former students lent credence to that claim. An email that emerged months later from the Party Secretary of PKU’s School of Economics, however, explicitly included warnings to Xia about the expression of his political views, suggesting those were at least partly cause for his termination.

In 2014, after beginning a fellowship in Washington D.C. at the libertarian Cato Institute, Xia warned American academics to be careful in dealing with Chinese universities in an interview with the New York Times.