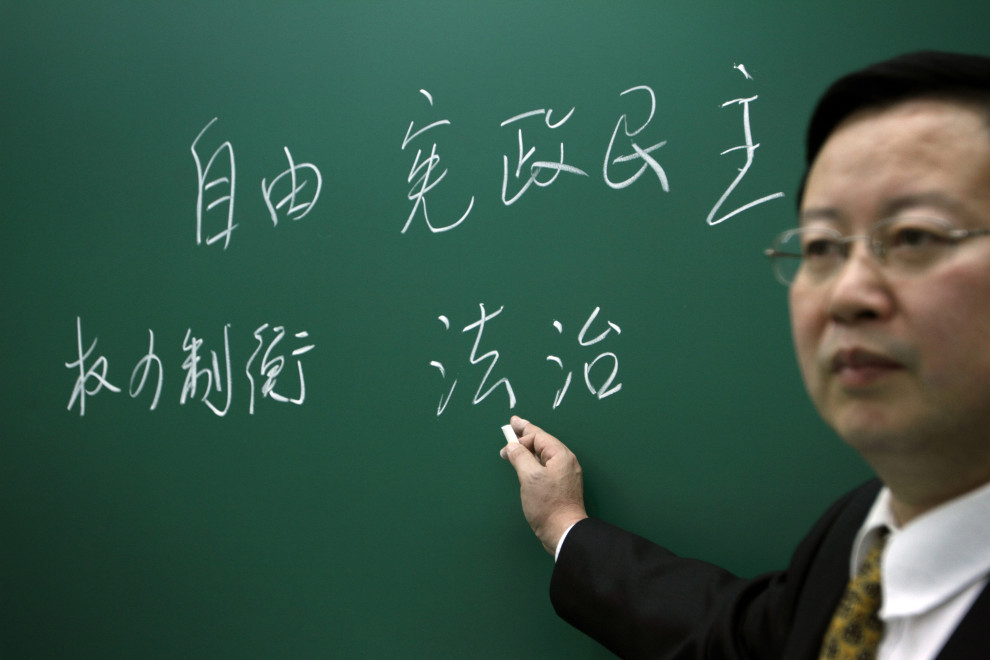 After colleagues voted to expel economics professor Xia Yeliang from his post at Peking University last year, conflicting testimonials on the reason for his dismissal quickly arose. While the university claimed that the decision was based entirely on Professor Xia’s poor teaching evaluations, many voices from western media and academic institutions suspected that his liberal politics—and recent decision to sign his name in support of detained New Citizens’ Movement activist Xu Zhiyong—was the real reason for the firing. When Eric Fish interviewed former students of Xia’s on his poor teaching record in an article for The Atlantic, he attracted both flack and support. Recently, The Chronicle of Higher Education obtained an email to Xia, written by the Communist Party secretary at PKU’s School of Economics, suggesting that Xia’s firing may have been politically motivated:

The August message—sent to Mr. Xia by Zhang Zheng, the Communist Party secretary of the university’s School of Economics—does not mention the professor’s teaching or scholarship.

Instead, Mr. Zhang appears to warn Mr. Xia about expressing his political views. Specifically, Mr. Zhang notes the professor’s decision to sign an online petition in support of Xu Zhiyong, a prominent activist who recently was indicted in connection with his campaigns against corruption and for social change, including efforts to overturn discriminatory barriers in education and to demand that government officials publicly disclose their assets.

“This is not a thing that should be done by an instructor of Peking University,” writes Mr. Zhang, whose role, common at Chinese institutions, is as both a university administrator and a Communist Party official. “What were you thinking when you signed the petition?”

Mr. Xia, Mr. Zhang writes, should withdraw his name from the petition and “give written explanations regarding this issue.” He also urges Mr. Xia not to participate in future protests in support of Mr. Xu.

While at times Mr. Zhang, who takes a conversational tone, characterizes the email as his personal opinion, elsewhere he writes as “a colleague and a supervisor in charge.” And although he never explicitly links Mr. Xia’s activism to a coming faculty vote on his appointment, Mr. Zhang concludes the message by reminding him of that pending decision. Two months later, the faculty voted to dismiss Mr. Xia. [Source]

The Chronicle has translated and published the email in its entirety. For more on Xia’s controversial sacking, see prior CDT coverage. Also see a LinkTV post by CDT’s Natalie Ornell analyzing a military propaganda video that portrayed Xia as an “enemy of the state.”