Tweets During the National Holidays (Updated)

Chinese twitterers were busy during the National Day holiday, offering their opinions about the military parade and celebrations. Below are some examples from more politically-minded tweets:

@ Gongminyaoyao: I only have one thing to say about the military parade: the government can drive tanks on the street to show off the nuclear missiles,  but ordinary citizens could not get kitchen knives in the supermarket.

@ anonymous: [Internet censorship instructions to website editors]：The following type of information is strictly forbidden to appear on all websites. If you see it, immediately delete it and report the posting IP  [to Internet police]
1. Eulogy for sixty year anniversary of the Chinese nation. 中华六十年祭
2.The Great Motherland is much older than sixty years. 伟大的祖国母亲岂止六十岁
3.Demonstrate in black on October 1st. 十一黑衣游行
4. Demonstration in Wuxi over illegal evictions. 无锡非法拆迁游行示威
5. The explosion in the Xinjiang restaurant in Beijing is a deliberate human action. 北京新疆餐厅爆炸属于人为
6.  Xi Jinping failed to be promoted to the vice-chairmanship of the Central Military Committee Xi接任军委副主席未遂
7. The Rights Protection Group of Hong Kong Investors going up to Beijing to petition again.  港商内地投资权益维护小组再次上京请愿

@wangpei: Han Han wrote: in our country, citizens have the freedom to publish, but the government also has the freedom to not let you publish, and the latter has the right to interpret [the Constitution].

@try2feel: I asked two venture capitalists after a couple drinks during a banquet: Why do you guys care so much about politics? One said: to understand the CCP is my professional need.  The other said: therefore opposing the CCP became my personal hobby.

Twitterers are often not just tweeting short texts, they also share photo links in their networks as well. Here are some photos from the parade: 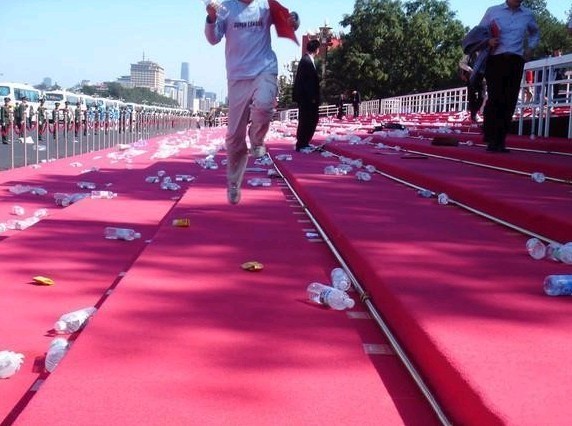 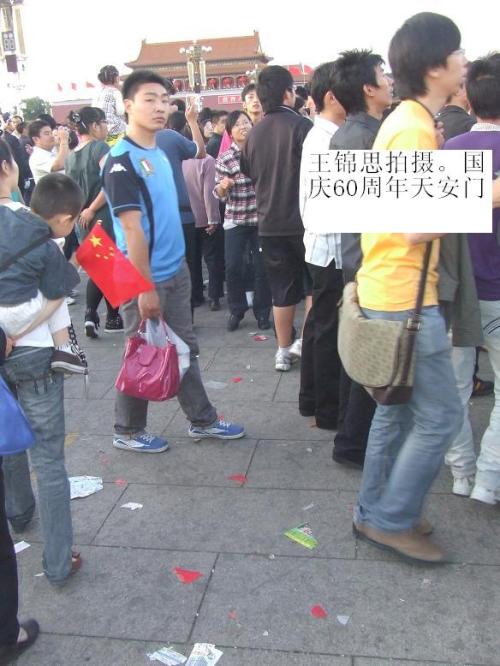 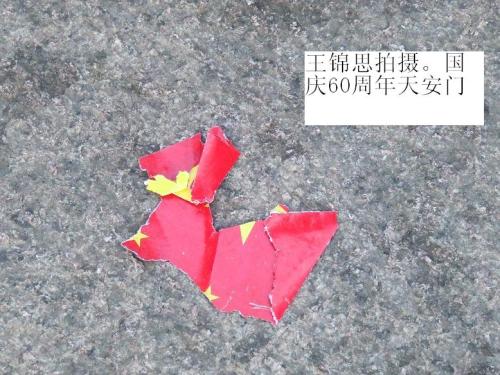 And a cartoon: The Qin Shi Huang block in the parade 生果報馬龍漫畫：嬴政方陣 http://twitpic.com/kbutg

The above comments and images represent one line of thinking that was apparent on Twitter in recent days. However, because Twitter is blocked in China, those who still using the service from China tend to be those netizens who make the effort to “jump over” the Great Firewall. Therefore, Chinese tweets tend to be more political and more critical of the government that other online forums. If readers surf Chinese BBS (online forums), they are far more likely to find more celebratory comments about the military parade during National Day. Here is a very popular music video, made by two Tsinghua graduates who are currently living in North America, which expresses such feelings: