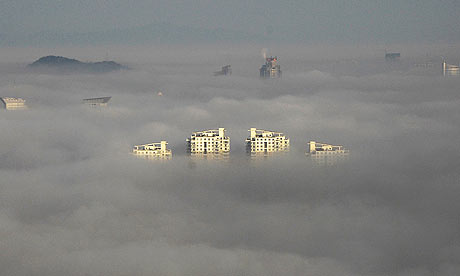 The Chinese prime minister, Wen Jiabao, will attend the Copenhagen climate talks next month, the government said today, as it unveiled firm targets for curbing the world’s biggest carbon footprint for the first time.

A day after the US president, Barack Obama, confirmed he would attend the early stages of the conference, the Chinese foreign ministry spokesman, Qin Gang, said Wen would join the gathering, which aims to set a global strategy for reducing emissions.

China announced that it would cut emissions of carbon relative to economic growth by 40% to 45% by 2020 compared with 2005 levels.

“This is a voluntary action taken by the Chinese government based on its own national conditions and is a major contribution to the global effort in tackling climate change,” the state council was quoted as saying by the Xinhua news agency.

Does the New Climate Deal Let China “Do Nothing”?