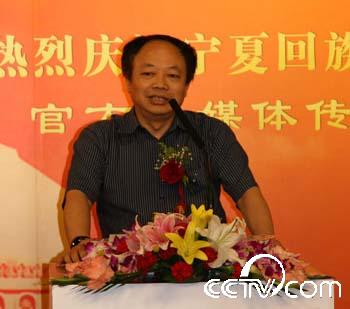 Soon after the training finished, one of the participants released her notes from this session online. CDT has translated the entire collection of notes from this 2009 SCIO Internet News Work training session; in total there are eight articles, which we will publish consecutively in coming days. CDT would like to thank the translator, who wishes to remain anonymous. The first translated installment of notes is here, and this is the second:

2, Key news websites and commercial websites should unify their thinking, they should learn to think politically.

Criticize Sina for not thinking politically; when reporting on Obama’s visit to China, they played without authorization a video of Obama speaking in Shanghai.

The most important part of Obama’s visit to China was his speech in Shanghai. The format of this speech was different than the speech format used by past U.S. presidents when visiting China. It was specially designed by the U.S. government to enlarge Obama’s personal influence.

These measures were implemented to accord with the Party’s Central Committee‘s desire that people become enthused about China-U.S. relations rather than be enthused about Obama.

Providing a video of Obama’s speech without authorization was done for Sina’s commercial interest and was not done for the nation’s interest. In order to gain a little, a lot was lost.

Criticize Netease for going after sensational stories and not doing a good job of directing public opinion. [Netease’s] international news headlines are always things like “New York Mayor Bloomberg Receives Annual Salary of $1”, “Black American Becomes Mayor”, “American Youth Becomes Mayor”. These headlines are sensationalist and cast aspersions [on the Chinese government]. [Netease] has set the wrong direction for public opinion and has not properly fulfilled its role as a guide [of public opinion].

3, Each web organization gets a perfect score for their reporting of the 60th Anniversary National Day celebrations. Liu Yunshan [head of the Central Propaganda Department] has given his comment as evaluation: “it cannot be done better.” This is a classic example of the Internet positively guiding public opinion. I praise everyone’s work and express thanks to each website.

4, As for my expectations and hopes for everyone: magnify positive news stories; to the extent possible don’t report negative news stories. The Internet media should not be influenced by the Western media which thinks bad news is good news.

4.[sic] I’d like to recommend a few books to everybody, and hope that all Internet news editors can take a look at them.

5, Conclusion: China’s Internet media is only ten years old. It is understandable that some mistakes will be made; however, I hope that everyone can soon become more seasoned in their work.